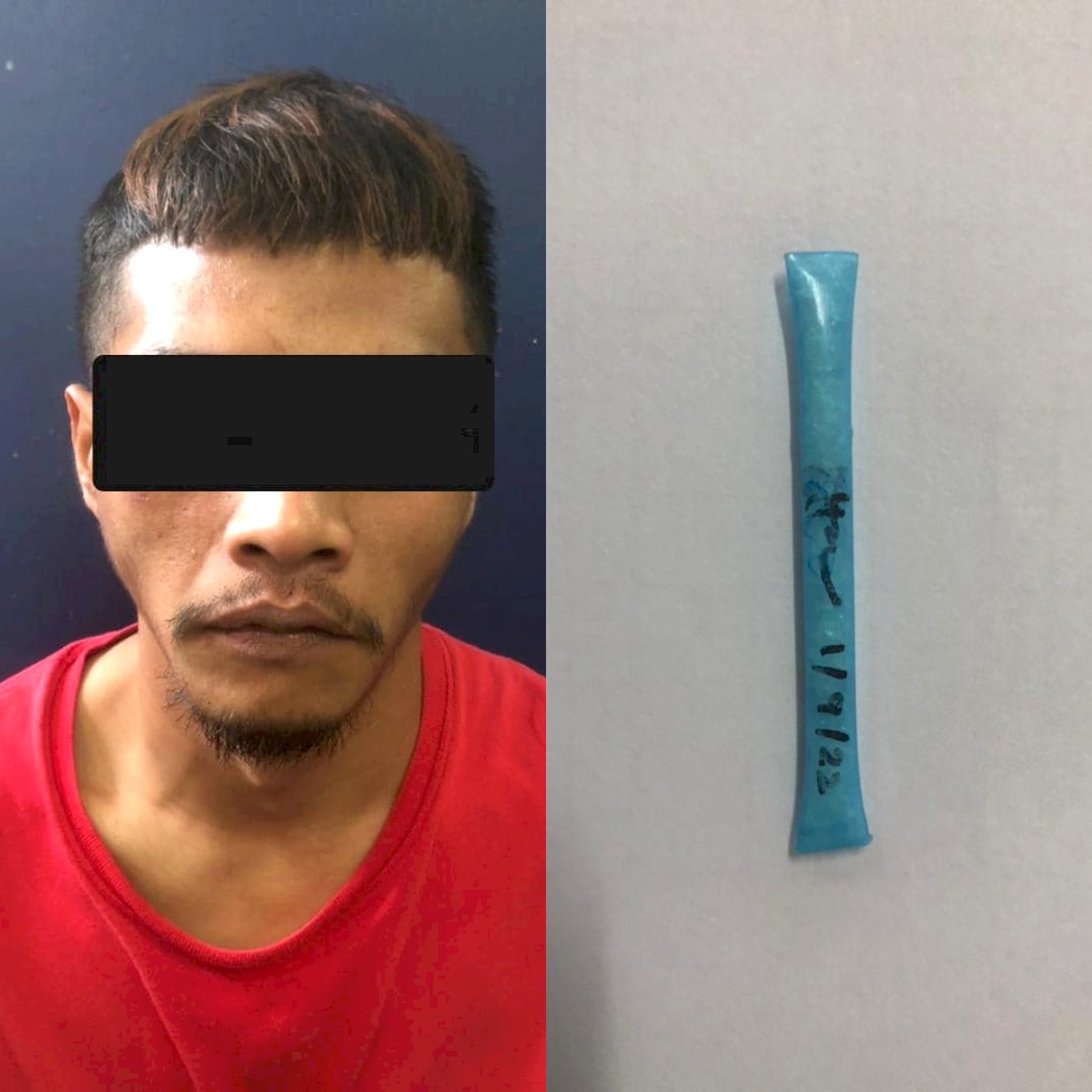 MUKAH: A labourer was arrested by the police after a raid was carried out at Jalan Petian on Thursday evening

According to Mukah district police chief DSP Muhamad Rizal Alias, the suspect was found to have a prior case that is still pending involving Section 15 (1)(a) of the Dangerous Drugs Act 1952.

He said, during Ops Tapis, the raid was carried out at around 2pm by a team from the Narcotics Crime Investigation Division.

“We found a piece of a blue straw tube on the suspect’s left hand which contains crystal suspected to be Methamphetamine weighing roughly 0.35 grams and approximate valued at RM50.

“The drug was confiscated to be used as evidence and the suspect was detained for further action,” he said in a statement.

A urine test also found the 32-year-old suspect positive for Amphetamine and Methamphetamine.

The suspect, who is from Kampung Medong in Dalat, was also found to be involved with drug abuse activities in 2020 until now.