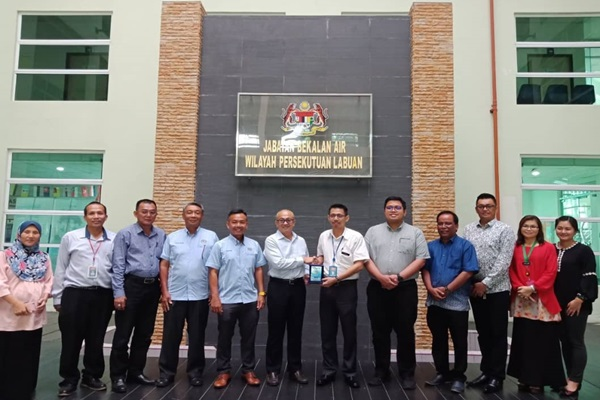 He said a big chunk of the allocation would be used to replace aging pipes and extend the piping network from Jalan Mohd Salleh to Kiansam at a cost of RM100 million.

“This replacement project is to double the length of the existing pipes, from 14 km to 28 km, and it is scheduled to commence next year,” he told reporters after being briefed by Labuan Water Department director Alvin Michael Lo at the JBA Building here today.

He said that to boost water supply from the mainland, the Lawa Gadong Water Treatment Plant in Beaufort would be upgraded at a cost of RM14.2 million. This project is expected to be implemented in 2020.

“The department will also construct an Off-River Storage (ORS) next year with an allocation of RM6 million to ensure we have sufficient backup in water supply in the future,” he said.

Rozman said another RM6 million would be used to build a reservoir at Kg Lajau to cater to the increasing needs in the surrounding areas.

“As the government is facing revenue leakages, the department will do its best to resolve the non-revenue water issue on the island. A sum of RM14 million has been allocated to resolve the long-standing issue,” Rozman said.

He was also briefed on the proposed corporatisation of the Labuan Water Department which, if successful, will make it the first agency in the country to take charge of both water and sewage services.

The Ministry of Water, Land and Natural Resources will appoint a consultant to do due diligence on the corporatisation exercise before the matter is brought to the Cabinet, he said.

Rozman was also briefed on a public engagement session held last month on the proposed water tariff hike of 15.9 per cent. – Bernama