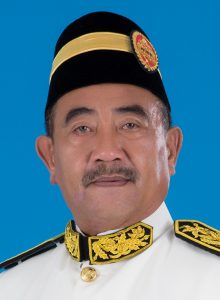 THE Simunjan Mini Stadium is still unusable as the RM2.5 mil allocated for its upgrade is insufficient. According to Awla Dris (GPS-Simunjan) (pic), the funds had not been able to fully cover the upgrading of the race track and field as well as the building of fences and the entrance road to the stadium.

“The first phase of the Simunjan Mini Stadium project was completed in 2017 and it took up RM1.908 mil for the track and field.

“Meanwhile, the second phase was completed in May this year, using RM2.035mil for the construction of the main stage,” he explained in his debate speech yesterday.

He remarked that many more facilities had to be upgraded, rendering the stadium currently unusable. During his speech, he also appealed for a free school bus service, such as the one introduced in Kuching, to be applied in rural areas, especially in Simunjan.

“There are two secondary schools in my constituency which are quite far from Simunjan town, namely SMK Sri Sadong and SMK Simunjan No. 1,” Awla revealed.

He pointed out that if this service could be introduced, it would reduce the burden of parents currently paying for a monthly school van and bus service in Simunjan, which cost around RM80 to RM120 per student.