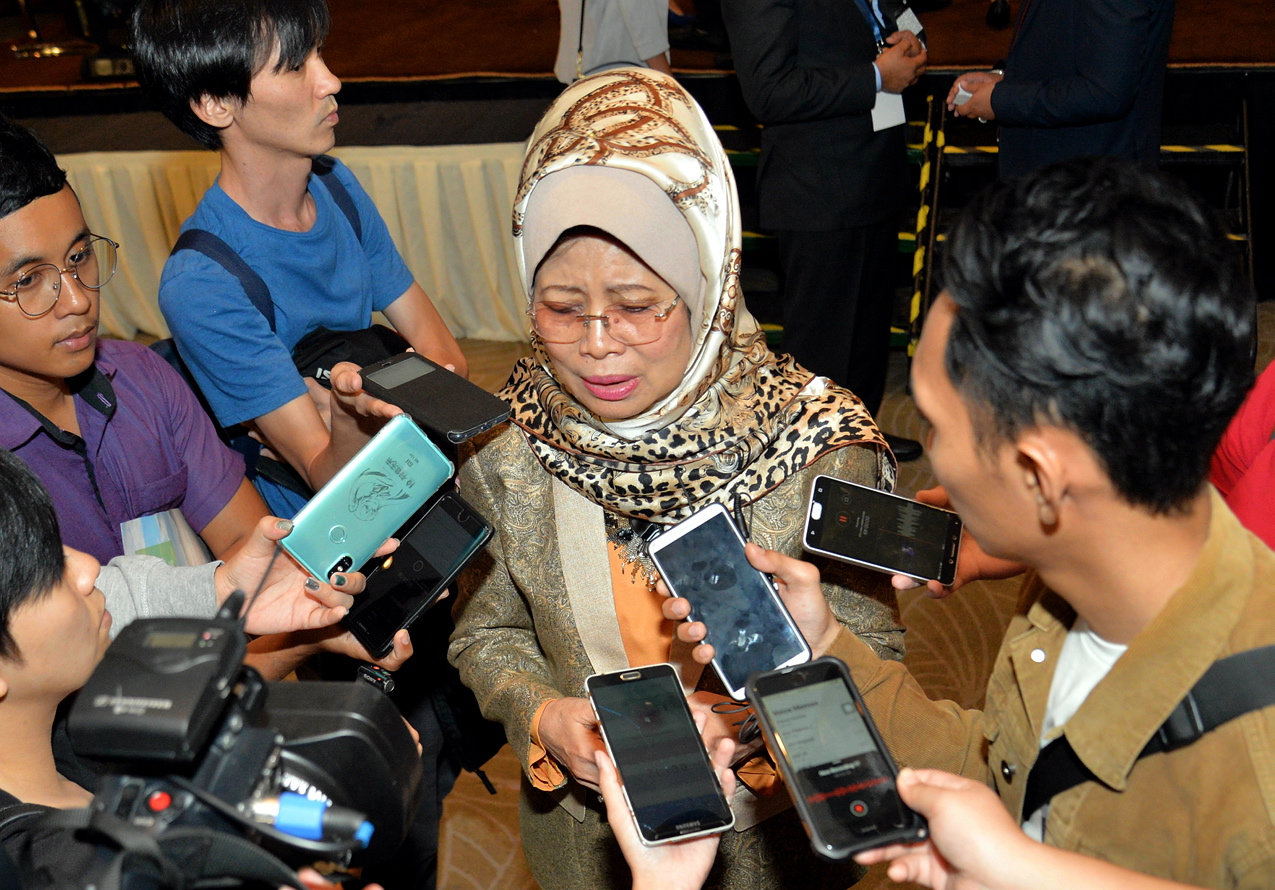 KUCHING: The act of not distributing copies of a proposed constitutional amendment bill until the reading day is not something which should be considered a small matter and allowed to slip quietly.

Dwelling on this yesterday, Welfare, Community Well-being, Women, Family and Childhood Development Minister Datuk Seri Fatimah Abdullah expressed her disappointment with the secrecy surrounding the proposed amendment to Article 1(2) of the Federal Constitution.

“At first, we naturally supported the amendment bill because it is one of the things that we have been fighting for all this while, that is, Sarawak’s rights,” she said.

“The problem is that the draft of the amendment was not disseminated in advance to the members of parliament for review or scrutiny.”

Congruent with a recent statement by Tourism, Arts, Culture, Youth and Sports Minister Datuk Abdul Karim Rahman Hamzah, Fatimah said when a new bill or amendment of a certain law is going to be introduced, notice and time is given the MPs to read through.

“This is important so that we can get prepared before the reading and we would know beforehand what to debate and what should or should not be included,” she told reporters after officiating at the closing ceremony of the 11th annual Global CSR Summit and Awards 2019 at a hotel here, yesterday.

“This amendment concerns Sarawak’s rights so we want it to be done properly. We need to know what is contained in the bill so that effective discussion could take place,” she said.

“The tabling of the amendment must be taken seriously and debated in a meaningful manner in line with what Sarawak has wished for, which is to restore Sarawak’s rights as enshrined in Malaysia Agreement 1963 (MA63).”

Fatimah also stated that Sarawak has its own steering committee to look into the bill amendment.

“We are not starting from zero. Under the previous government, we progressed in three areas, namely, administration, legal and finance. Thus, we want to see the changes that the new bill brings,” she said.

“If it is only to revert to the original bill, we do not want that because we already did it. Instead, we want something substantial that needs examination from the basic grounds of the agreement and also to debate even on the rights in the MA63 itself.”

No Ramadan, Gawai bazaars this year

Reaching out to needy of Kuching South

Over 6,700 in Marudi receive food aid

Southern Sarawak has most Covid-19 cases

Another death in Sarawak

From Covid-19 patient to plasma donor

A blessing in disguise