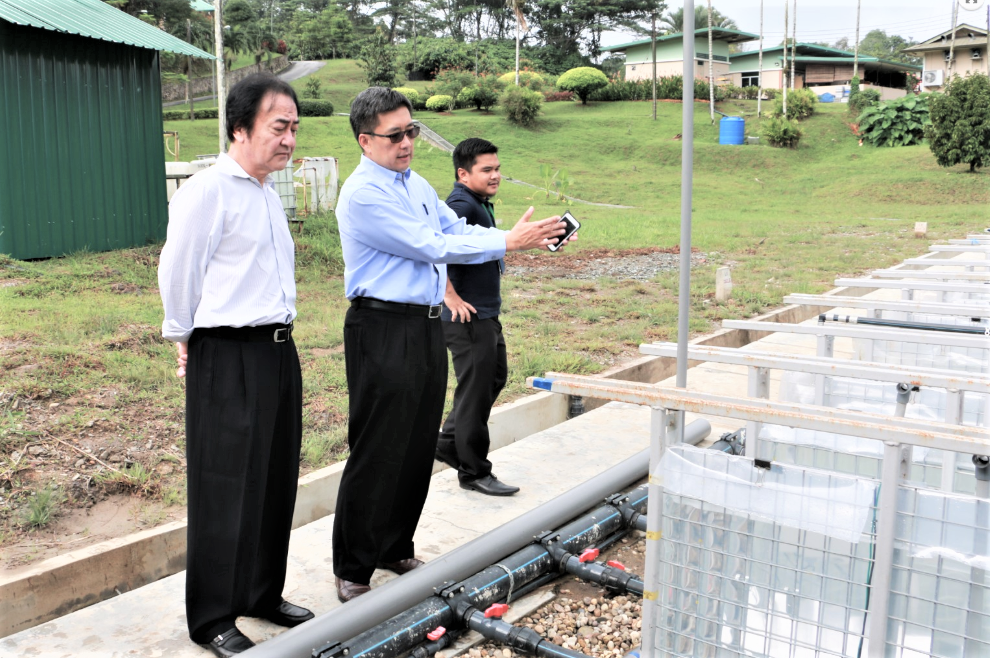 KUCHING: The Sarawak Biodiversity Centre (SBC), in collaboration with Mitsubishi Corporation (MC) will be setting another milestone for Southeast Asia with the launch of one of the largest outdoor algae cultivation facilities at Semenggoh here in August.

The algae facility which can yield up to 60 tonnes per hectare per year of dried algal biomass, is an optimised outdoor photo-bioreactor system that maximises yield and minimises cost by growing indigenous micro-algal strains.

“Sarawak, with its abundance of sunlight and freshwater and a stable temperature throughout the year, has long been considered an ideal environment for maximising outdoor cultivation of microalgae for commercial products such as cosmetics, fine chemicals, pharmaceuticals and nutraceuticals, biofuels, fertilizers, food and feedstocks,” he said.

“The high yields and cost efficiencies provided by our new facility represent a unique competitive advantage.

“It enables outdoor cultivation to harness the maximum sun light at an economical cost. Secondly, Sarawak’s indigenous microalgae strains can be quite robust despite temperamental climate changes because it is adapted to the local climate.

“The combined cost efficiency and high yield traits give our facility a competitive advantage with optimised production,” he said.

The SBC-MC algae cultivation facility represents the culmination of a collaboration between the two organisations initiated in 2012 with the aim to identify useful microalgae indigenous to Sarawak for biomass, feedstock, biofuel, food, or health supplement production.

The facility, which was designed in collaboration with Japan-based Chitose Group and built at a cost of RM1.5 million (approx. $360,000), was completed in November 2018.

“With the renewable energy thrust for algae as a source of biofuels continuing to gain traction globally, the high lipid and carotenoid yields observed in Sarawak’s indigenous microalgae strains represent a great potential,” said Dr Yeo.

Meanwhile, MC general manager Kuala Lumpur Branch, Genichi Ichikawa said that the effort to form the facility would be a boost to Sarawak.

“It is a great pleasure that our efforts in the collaboration research bear fruit in the form of new ground-breaking facility. Hoping it will contribute to the creation of bio-industry in Sarawak state,” said Ichikawa.

Chief Minister Datuk Patinggi Abang Johari Tun Openg will officiate at the launch of the facility which will be attended by senior officials from Mitsubishi Corporation, Chitose Group and other corporate guests.

There will be an exhibition on microalgae featuring compelling displays, commercial applications and future aspirations.