Last night out for college student

KUCHING: A college student’s search for a better future came to a sudden end when she was found dead on a sofa of an entertainment outlet here yesterday. 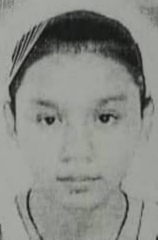 Leong said the police have classified the case as sudden death until a post-mortem is conducted later today.

Many wondered why she was only discovered in the afternoon even as rumours were circulating that she might have died from a drug overdose.

A pub hopper who declined to be identified said it was common to see designer drugs being abused at entertainment outlets.

Meanwhile, Sarawak Narcotics chief Supt Sahar Abdul Latif said that it was too early to say that the girl died from drug overdose.

“We will only know the cause of death after the post-mortem.”

He also urged members of the public not to blame the entertainment outlets as some of their customers were already on drugs when they went into the pub.

Sahar went on to say that the police have been carrying out random checks on pubs and inspecting the customers for drug usage.

He also called on owners of entertainment outlets to cooperate with the police to eliminate drug abuse.

“Operators should be on the lookout and if they suspect that their customers are on drugs, they should alert the Narcotics police.”

When contacted, a staff from the Kuching South City Council (MBKS) said the entertainment outlet where the deceased was found is licensed.

He, however, admitted that there are few entertainment outlets that have yet to get their licences.

According to him, the operating hours of the outlets on weekdays and weekends remain the same which is they must close at 2.30am.