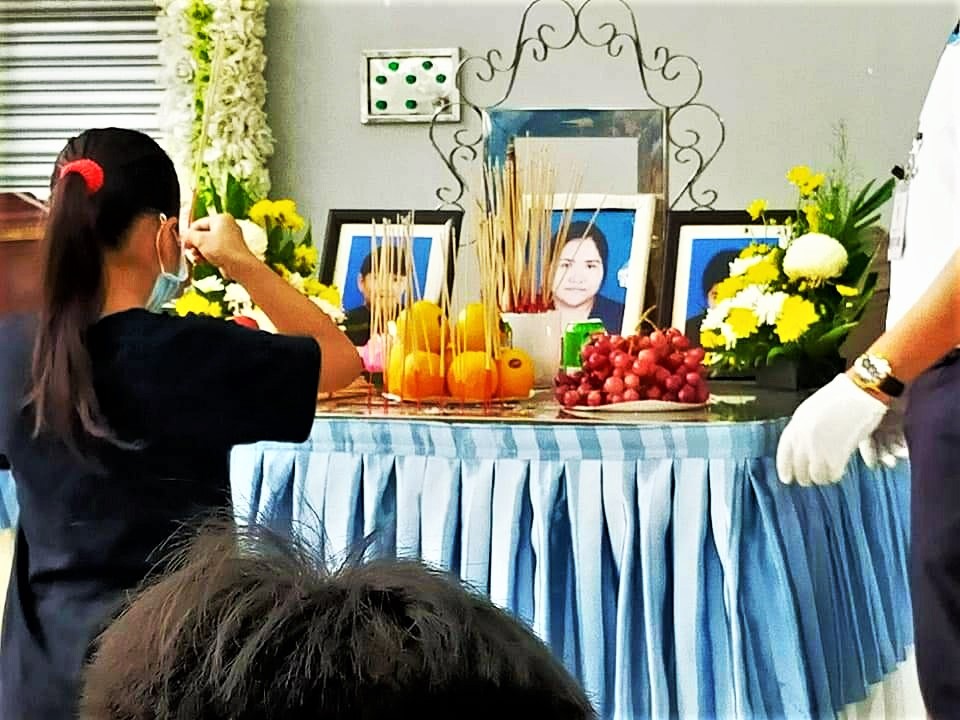 SIBU: The family members and relatives of the victims of the Triso Ferry Point tragedy bid farewell to their loved ones amid rainy weather at the Sibu Mortuary at Jalan Bukit Lima here this morning.

One by one they took their turns to pay their last respect to the late Lorna Ting, 33, and her two sons Alvin Phang, 12, and Wallace Phang, seven, who died after a four-wheel-drive vehicle they were travelling in with six other family members plunged into the Batang Lupar on Friday.

A sombre atmosphere prevailed at the mortuary, with the sound of pre-recorded Buddhist funerary prayers being played and the smell of burnt joss sticks in the air.

Ting’s husband, Phang Wei Beng, 56, was seen being briefed about the funeral rites by a representative of the Sibu Chiang Chuan Association.

Her mother, Munah Agon, 58, occasionally wept as she had been since the day of the tragedy which claimed the lives of her two daughters and seven grandchildren.

At about 7.40 am, the coffins of the mother and sons were closed and placed in two hearses by funeral workers before the funeral procession headed to Nirvana Memorial Park, located at Jalan Sibu-Bintulu, some 31km away.

At the park, simple Buddhist rites were done before the cremation of the bodies took place for about an hour. Their ashes were later interred under a family roof at the memorial park.

The family was short of more than RM20,000, to cover the cost of the cremations amounting to more than RM60,000 yesterday morning.

Lorna’s elder brother Ting Hing Ping appealed for donations from the public, who responded generously to enable the cremation to take place today.

Siti Aishah was buried together with her children in a mass grave at the Muslim Cemetery of Kampung Hulu in Sri Aman on Saturday. – Bernama

Medac agencies come to the aid of needy groups