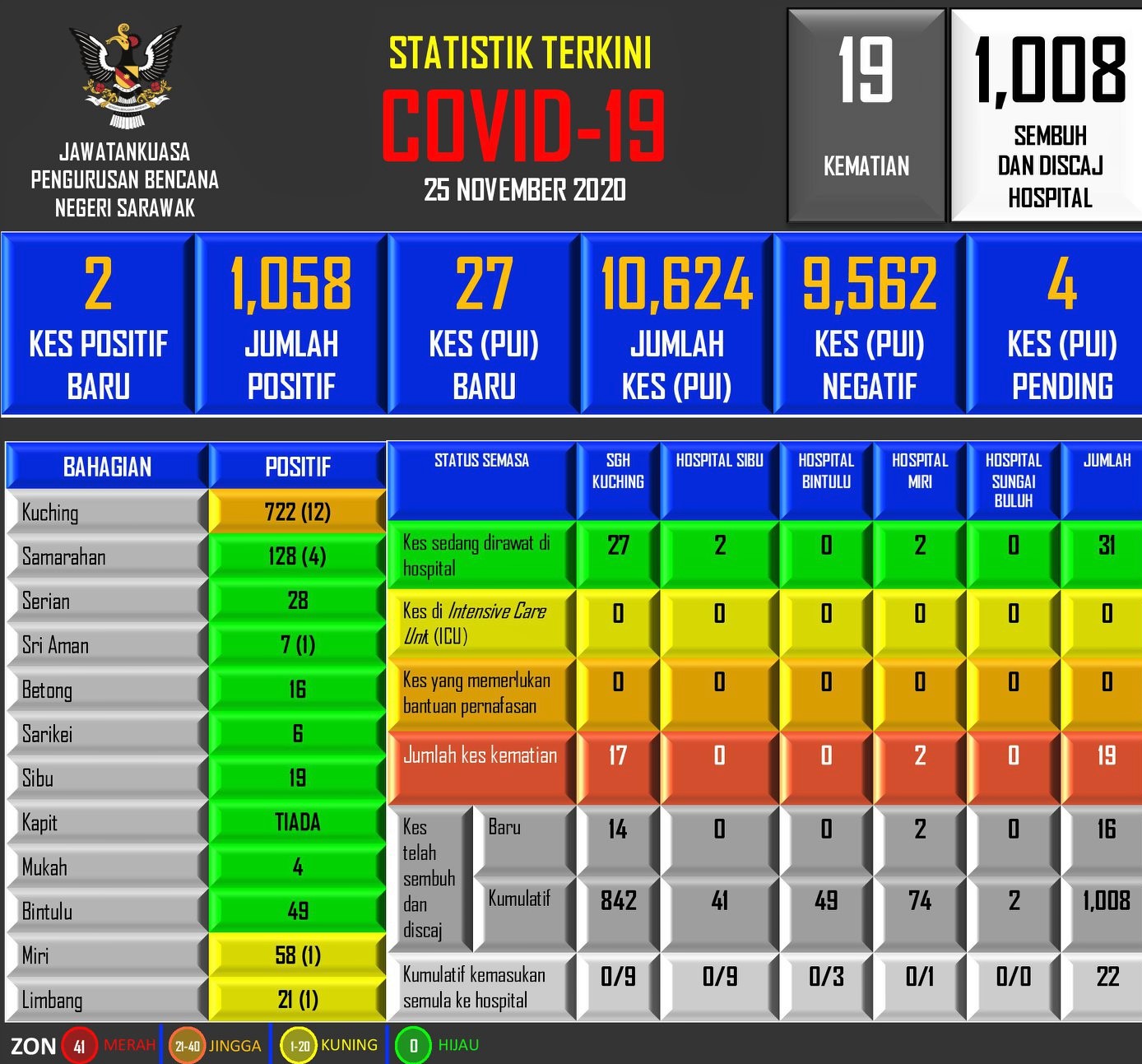 KUCHING: Two Covid-19 cases were reported in Sarawak on Wednesday (Nov 25), taking the total tally to 1,058.

“Upon arrival in Kuala Lumpur, they were placed in a quarantine centre to undergo 14-day quarantine until Nov 22.

“Their first rT-PCR screening on Nov 10 was found to be negative. Screening test using Antibody RTK on Nov 22 was also non-reactive,” SDMC said in a statement on Wednesday (Nov 25).

The cases then returned to Sarawak via Miri Airport and then to Sibu Airport on Nov 23.

“They were re-admitted to the quarantine centre and underwent rT-PCR screening. Tests conducted on Nov 23 found that both were Covid-19 positive.”

SDMC revealed that the cases were Malaysian oil and gas workers in Romania who had been stranded and with salaries unpaid.

“This incident has received the attention of the Malaysian embassy in Romania, the federal government and the state government, which had managed to bring them back to Malaysia.”

Both cases are categorised as Import A cases as they were infected while abroad.