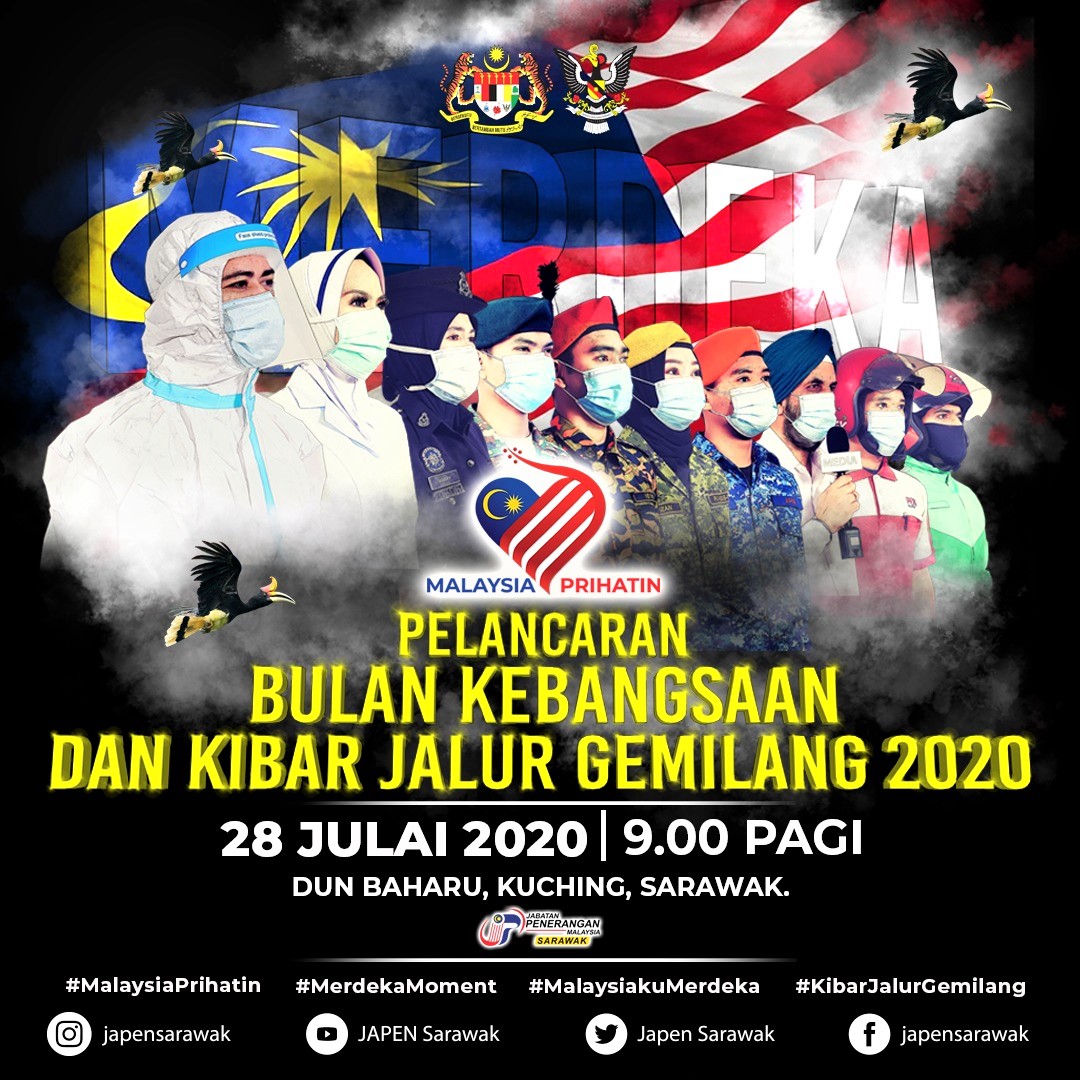 The state-level ceremony will be held simultaneously with the launch at the national-level which will be officiated by Prime Minister Tan Sri Muhyiddin Yassin at Dataran Perdana Bangunan Putra, in Putrajaya.

In line with the theme of Hari Kebangsaan and Malaysia Day 2020, which is ‘Malaysia Prihatin’, the organisation of the National Month and Kibar Jalur Gemilang ceremony is hoped to enhance the spirit of patriotism and instil a sense of love for the country among Malaysians of various races.

Among the events planned in conjunction with the ceremony organised by the Information Department (JaPen) Sarawak are the handing over of the Jalur Gemilang to federal and state government department and agency representatives, the flag off of the Jalur Gemilang convoy by the chief inister, and mini exhibitions.

Throughout the National Month until Malaysia Day, JaPen Sarawak has planned various activities such as the Info on Wheels Merdeka programme, Merdeka@Komuniti, and Merdeka@Kelab Malaysiaku, which will be implemented in every district throughout the state.