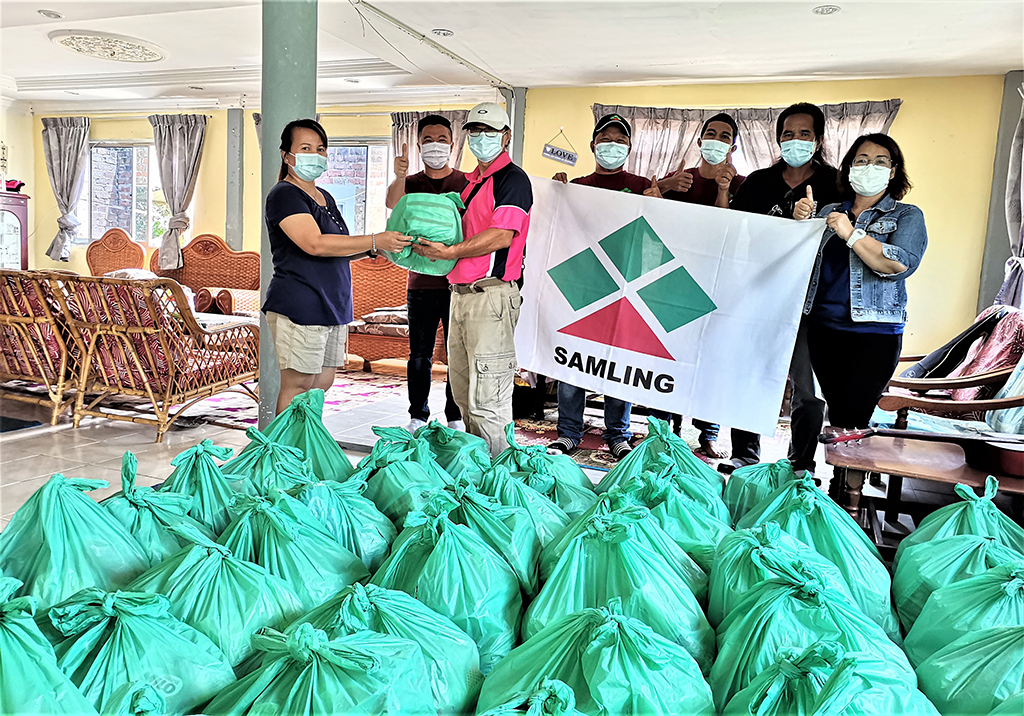 KUCHING: Samling Group has distributed food packs as part of its ongoing corporate social responsibility (CSR) programme for the benefit of villagers

KUCHING: Samling Group has distributed food packs as part of its ongoing corporate social responsibility (CSR) programme for the benefit of villagers in Lawas and Long Lamai.

Samling regional manager Chong Chii Ming said that the trip to the villages has enabled them to identify many more future CSR projects that they can carry out for the communities.

“These food packs are not a one-off event. We are constantly engaging the village chiefs to determine other types of assistance that Samling can bring to the villages,” he said.

“We have selected volunteers from among our employees to assist with packing as well as delivering the packages to the villages. It took us a whole day as we had to travel over 300km along rural roads to get to the villages,” he said.

Chong stated that they used a total of six pick-up trucks to distribute the items, and that while Samling financed them, the packing and deliveries were solely done by the volunteers.

He added that due to the imposition of the movement control order (MCO), the packs were only handed over to village chiefs together with the list of recipients to ensure that all villagers received the aid.

Bina Balang, the Long Sukang village chief said the food packages were a relief for the older villagers but hoped that Samling would also provide food aid for other needy villagers in the future.

“Some of these families were really in desperate states. It was heart-wrenching to see how affected they were by the MCO,”

“The pandemic has impacted all communities, be it in rural or urban areas. Although we may not be able to reach every single person in need, we hope that we can at least bring relief to some of them.” Chong stated.

Samling Group is a home-grown company that has evolved into a global concern but continues to play an important role in the development of the Baram district in Miri.

Apply for temporary permit from MPP 0

Four crimes will be governed by Malaysian laws if Rome statute ratified: Saifuddin