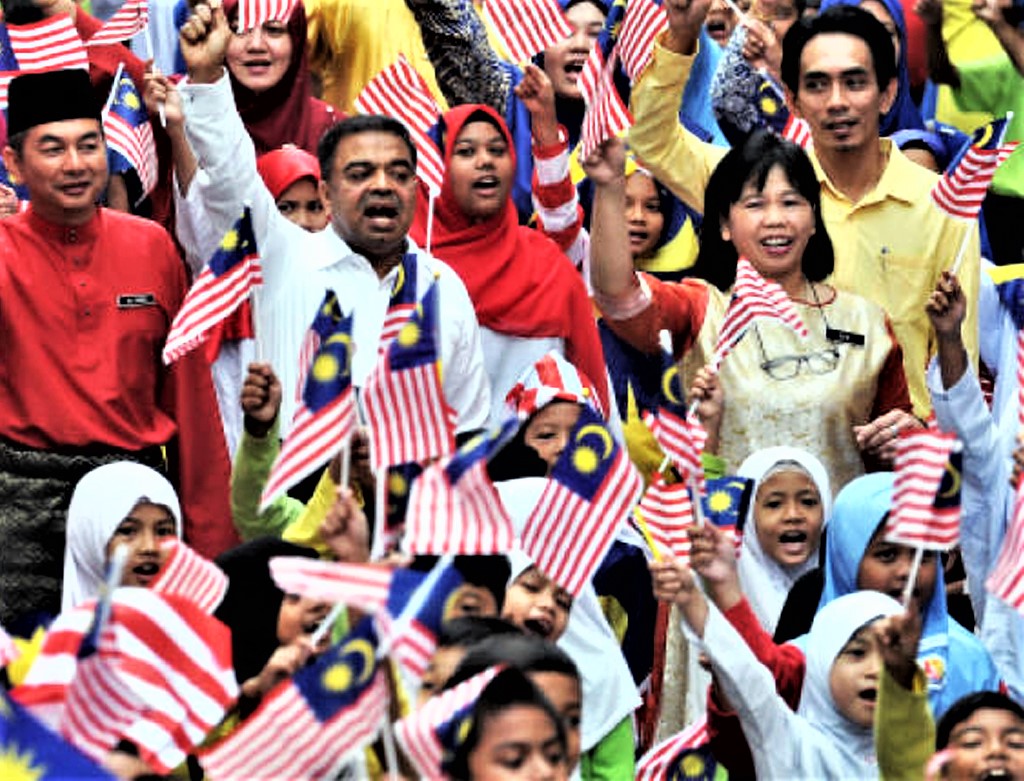 Due to its strategic geographical location in the middle of the east-west maritime route along the Straits of Melaka, the society in Malaysia from time immemorial has been a diverse one. The attraction of its natural resources, economic and human capital with a relatively lower cost of living within the region remains to this day in the age of globalisation, capitalism and transnational migration. The contemporary Malaysian society is now a super diversity.

On exchanging research notes, we agree that we are socially blinded to the socially differentiated and diversity of our nation. The Malaysian narratives we shared below indicate that we have shared values and similarities in defining our relationship in making peaceful co-existence in Malaysia’s harmonious, stable and prosperous nation.

Entering two-year duration of Covid-19 pandemic, we observe the society is taking note of the welfare needs in their community. A group of Malay women in my residential community is collecting donations and distributing the daily needs to single parents, poor and Bottom 40 families in the low-cost flat in front of our house. Their children will always be the first to wait for the daily necessities that are given out. Groups of young Malay and Indian mothers would frequent our house where used toys, shoes, clothing and kitchenware are displayed for distribution. Shouts of joy would erupt from the children that found the toys they wanted, while the mothers silently choose the kitchenware and clothing to take home. The needy in dire needs, suffering their itinerant businesses with slowing down sales and many are forced to be closed, the factory workers are receiving a reduced allowance from their daily jobs and worst, some have lost their jobs do feel ameliorated with the internalising culture of giving among Malaysians, be they the Buddhists, Christians, Muslims, Bahai, Sikhs, Taoists, corporate leaders and the community, to care for the society in times of need.

Back in the society works, working not only relates to material and social prestige but also our children’s future. In the workplace, Malaysians work together, be it in the public or the private sectors. We encounter in our studies of a Food and Beverages Department in an International 5-Star hotel where an Indian is the chef and his kitchenhands are Malays, Chinese, other nationalities, Bumiputeras from Sabah and Sarawak. Despite the religious and cultural diversities among them, the international standard demanded to be delivered can be a giant task. Yet their teamwork has enabled the hotel management to recognise their contribution to the increasing annual revenue received by giving them an annual increment plus allowances. The chef being a practising Hindu, is often being asked if he avoid religious food impurity of dishes having beef. He always argued that he will not sacrifice his religion for material gains and stresses that ‘I did not eat it but taste the quality of beef cooked to ensure it is of world standard’. Religious differences do not divide them but their progressive religious life place industriousness, discipline, and quality of work performance to ensure their workplace would benefit from their religiosity. Ethnicity and religiosity are group boundary markers but as Malaysians, the culture of modernity that places universalistic norms binds them together not as just workmate but as a nation.

Diverse religions are celebrated not only as the asset but also the value-based social capital of the nation. Thus, when facing the increasingly challenging life, it is common for one to seek divine guidance and protection according to one’s faith. Back in January 2019, a state-wide Taoist religious event was held for the first time in Kelantan. The event centred around a gathering of various Tao deities from different temples from all over the state, onto a single altar-cum-stage at a designated Taoist temple, and to be worshipped collectively by the congregation of local Taoists. The event was unprecedented in the living memory of Kelantan Taoist history. It was a display of solidarity and unity of Kelantanese Taoists who did not only participate and pray for blessings for themselves and their families, but in accordance to Taoism, fulfilling their social responsibility as community members by praying for peace and prosperity for the Kelantan society as a whole. Despite being an essentially Taoist religious event, the atmosphere was festive and muhibbah from the Kelantanese cultural heritage that were performed outside at the temple’s courtyard. There was an ensemble of Malay traditional music performed by a troop of Malay and Siamese musicians, led by a local Tok Dalang of Peranakan Chinese descent. There were also performances with Thai traditional instruments including the thatjau, a 24-drum performance by high schoolers from a local vernacular school who also had Malay students as its members, and lion dance. Participants and casual visitors who attended the event enjoyed the display of Kelantanese spirit regardless of their ethnic and religious background.

Malaysians can be progressive and modern but traditional diverse cultural heritages are relevant in managing challenges in our life.  Back in Mukah, a Melanau Christian family had to gather his big family comprising of traditional worshippers, Muslims and Christians together for dinner to collectively arrive at a consensus to fulfill his son’s desire to marry a Malay girl in Selangor. It was agreed within the family that the Muslim uncle would go to Selangor to seek the hand of the Malay girl from her family. The receiving ceremony of the bride was held at the Muslim uncle’s home and the whole family members would come together to cook and throw the wedding party for the newly married couple in keeping with Melanau tradition. The Melanau family members, be they of whatever religion, places the ‘palei’ or taboo as cementing the bond of the family.  Melanau’s adherence to the taboos is based on a strong belief that a catastrophe will occur if the taboos are kept. Thus, managing palei or taboo by practising tolerance and accepting differences is important in maintaining the safety and harmony of themselves and their families.

There are ample examples of toleration, of accepting, sharing and celebrating ethnic and religious differences in our diverse cultural roots. Malaysians should study and embrace these traditional values and cultural heritage to strengthen our united bangsa Malaysia as a big family.

The most preferred seat and trail of unending trials

The melody of Sarawak