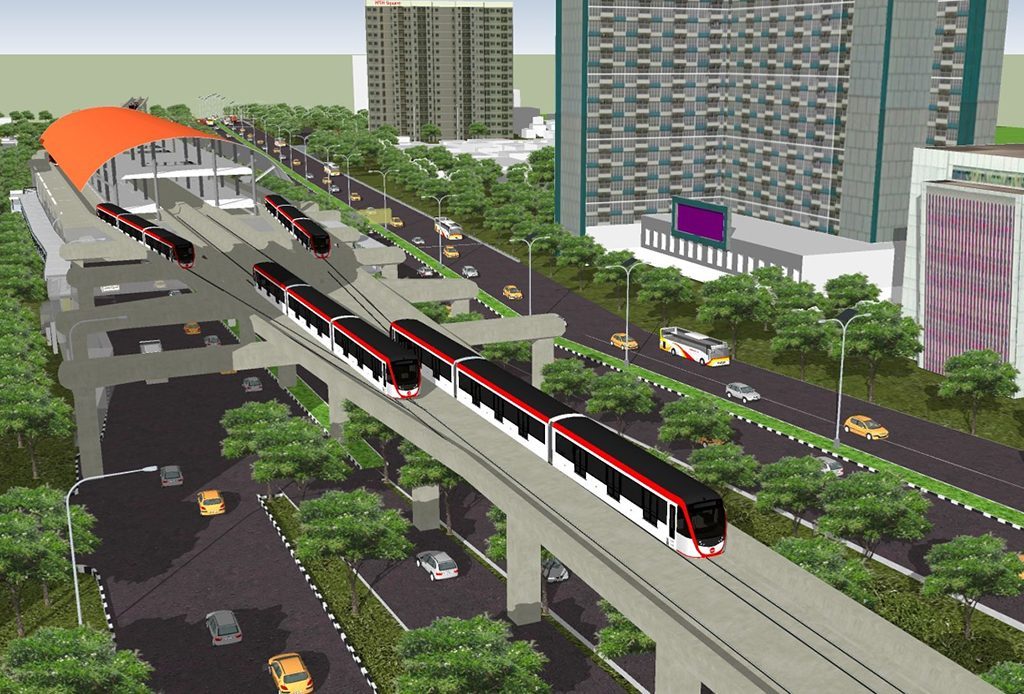 The car has been the most popular method to travel within cities, small towns and rural areas in the past several decades including in Sarawak.

With the increase in population and volume of vehicles on the roads, traffic congestion has become a common phenomenon. It is reported that even small towns like Kapit are also experiencing traffic jams.

For the record, the longest traffic jam occurred in Beijing, China in August 2010. Imagine being trapped in a 99.7-km long traffic jam that lasted for an incredible 12 days on the Beijing-Tibet expressways. The worst traffic jams in the world can also be found in Lagos, Nigeria. Some people are sleeping inside their cars for five days to save time.

Jakarta, the capital city of Indonesia with a population of 12 million, is known for its traffic congestion. I didn’t believe the congestion was that notorious until l personally experienced it in 2010. For a distance of seven kilometres, it took me five hours to reach the destination. Yes, traffic congestion is really bad in Jakarta, Bandung and Bangkok.

Kuching with a population of some 750,000 is also experiencing terrible traffic jams everyday which has become a nightmare for city dwellers. We have to solve the traffic congestion now, and not wait until 10 years later.

Kuching and its outlying areas like Kota Sentosa and Kota Samarahan are booming and traffic congestion occurs daily. Because of rapid development in Samarahan, it is evident that commercial and socioeconomic activities are also booming. When the economy and real income of household grow, the number of vehicle population also increases.

We have to admit that the traffic congestion problem is due to poor planning, inappropriate public transport facilities and inefficient traffic system. However, the increase in demand for private automobiles and high usage can be identified as a significant contributor to the problem.

This has led to an increase in the number of the commuters traveling daily to Kuching.

Only people staying in Samarahan and Kuching know the challenges and hardship they have to encounter every morning and evening after office hours.

At times during peak hours, it takes about two hours to travel from Universiti Malaysia Sarawak (Unimas) in Kota Samarahan to Metrocity in Matang which normally takes about 40 minutes.

Imagine if you are caught in a traffic jam on average for two hours daily, meaning you waste an average of 40 hours per month on the road.

It is really a cause for concern because traffic congestion has become a problem on the economy of cities due to lost productivity. Road congestion reduces productivity level.

Because of road traffic congestion we suffer enormous financial and labour time losses.

The capacity of our road network is incapable of handling increasing road traffic flows at the rate that is demanded.

As the number of vehicles on the roads increases, it takes longer time to reach destinations. During peak hour traffic flow, speed is also reduced probably to 10 kmph in Kuching. Traffic congestion makes both public commuters and private motorists spend additional time on the road, and by implication they pay extra for fuel which is burdensome, especially for the lower income group.

By logic, the number of vehicles on the road in Kuching and Samarahan will definitely increase in the future.

So, what choice do we have? Do we want to wait until the situation aggravates or should we have the political conviction and political will to address the problem now? It seems one of the solutions is by implementing the light rail transit (LRT) project, apart from building alternative roads.

We need to bear in mind that countries facing traffic road congestion have been suffering from rising economic costs from traffic jams. These costs include fuel economy, waste of time, and wear and tear of automobiles and accidents.

Therefore, the implementation of public transport has become a critical issue for Kuching city and its suburbs.

Last week the Chief Minister Datuk Patinggi Abang Johari Tun Openg said the state government will only reconsider implementing its proposed LRT system for the Kuching-Kota Samarahan route if the people root for it.

This was in response to critics that building LRT was not feasible to address the problem of traffic jams. Instead, critics, including the opposition, believe that more roads should be built. The opposition also claims it is just a waste of money.

The Kuching-Samarahan route as a pilot project would cost less than RM5 billion.

Based on earlier statements last year, the first route, known as the Damai Line, will cover a distance of 59.7km from Kota Samarahan to Damai.

Those living in Samarahan are jubilant to learn of the news that LRT project is back on track as announced by the Chief Minister on Friday.

This will definitely help reduce the stress of those using road transports for commuting. It will help to reduce the people’s burden as public transport is cheaper than driving your own transportation. It will also have spillover effects in terms of economy as it helps to connect the desolate areas, thus opening up more lands in the area.

“The last time, l said l stopped the planning for LRT. Not now, because of the requests from the people,” the Chief Minister said.

Remember, if Prime Minister Tun Dr Mahathir Mohamad would have listened to the opposition, especially DAP in the 1980s and 1990s, we would not have KLIA, Petronas Twin Towers and North-South Highway today.

The ardent critics then were none other than Lim Kit Siang and Lim Guan Eng. But I wonder whether they admit that their criticism has no basis considering the benefits of the amenities now.

Abang Johari rightly said that based on the study conducted by the state government, no country in this world can solve the traffic congestion problem just by building more roads.

Efficient mobility is possible, apart from facilitating access to markets and services. It will also help transform Kuching into a more dynamic and competitive city, as well as create more jobs.

With the introduction of the LRT line, travelling from major developed areas within Kuching district to the city centre is expected to be within 30 minutes.

Travel time from Kota Samarahan to the city will be cut by half from the normal trip of around 90 minutes during peak hours.

Imagine the impact on climate change if we were to implement LRT.  There is a need to reduce greenhouse gas emissions.

The wide fluctuations in the price of oil are prompting cities around the world to invest heavily in urban public transit.

Unimas and UiTM students welcome the announcement as most of them do not have their own transportation.

The people really need the LRT as it would greatly benefit them. It would not only ease traffic congestion but also provide an alternative for their daily travel.

Those working in the city will greatly benefit in terms of time and money. Every morning I have to leave my house at around 5.45 to avoid the traffic and I observe there is already serious traffic congestion to Kuching from Kota Samarahan when I reach Stutong.

The study by Newman (2013) suggests that a changing appreciation of the value of light rail in small cities has occurred.

It is reported that, lobby groups in Australia have been actively pushing for light rail in Canberra, Hobart, Bendigo, Darwin, and Newcastle.

Yes, the way forward for Kuching is to have its own LRT. Abang Johari has to implement projects that are feasible with proper studies and planning, and more importantly projects that bring benefits to the people in the long run.

Visionary leaders will always meet opposition from weak minds but the steps they take will always benefit the people in the long run if they are based on concrete justifications and done sincerely.

A political leader needs to go beyond five years. A visionary leader has to act for the benefit of the future, not just for elections.