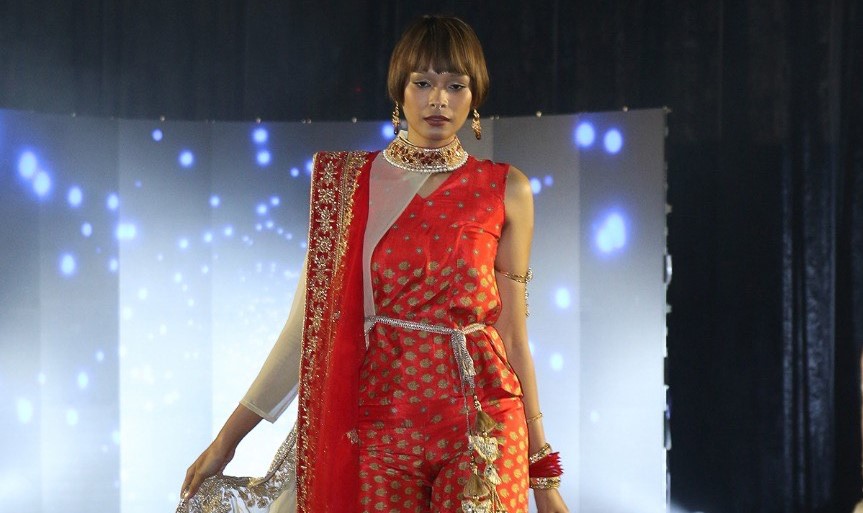 Light Up in Style

People will don new clothes to celebrate Deepavali, which is just around the corner. New clothing symbolises a new beginning and a fresh start. The celebration, also known as the Festival of Lights, would not be complete without a touch of magenta, pink, red, yellow, and blue.

Celebrating ‘Festival of Lights’ in style

Deepavali or Diwali will be celebrated on October 24 this year in Malaysia. It is primarily observed by Hindus, who number approximately 1.94 million, or 5.8 per cent of the total population of the country.

With the festival approaching, those who are celebrating will dress in new clothes to symbolise a new beginning and a fresh start.

As we walk through Brickfields in Kuala Lumpur recently, we can already see vibrant sarees in their trendiest colours.

There is said to be no better time to visit, with crowds gathered at the shops and many tents set up with stalls selling traditional clothing, prayer garlands, oil lamps, house decors, and Deepavali cookies.

The festival would be incomplete without a dash of pink, while red, pure yellow, blue, and vivid magenta are prominently associated with the Festival of Lights.

So, let us shed some light on the various types of fashion available for the occasion and in locations other than the traditional Brickfields. 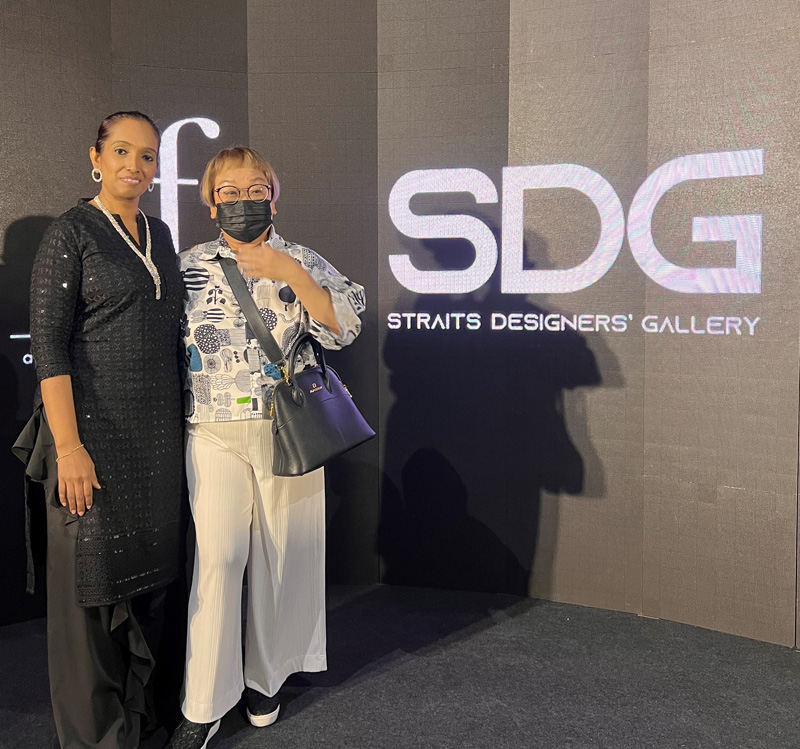 Kalaivany Kuppusamy (left) and the writer before the KALAI Fashion Show. 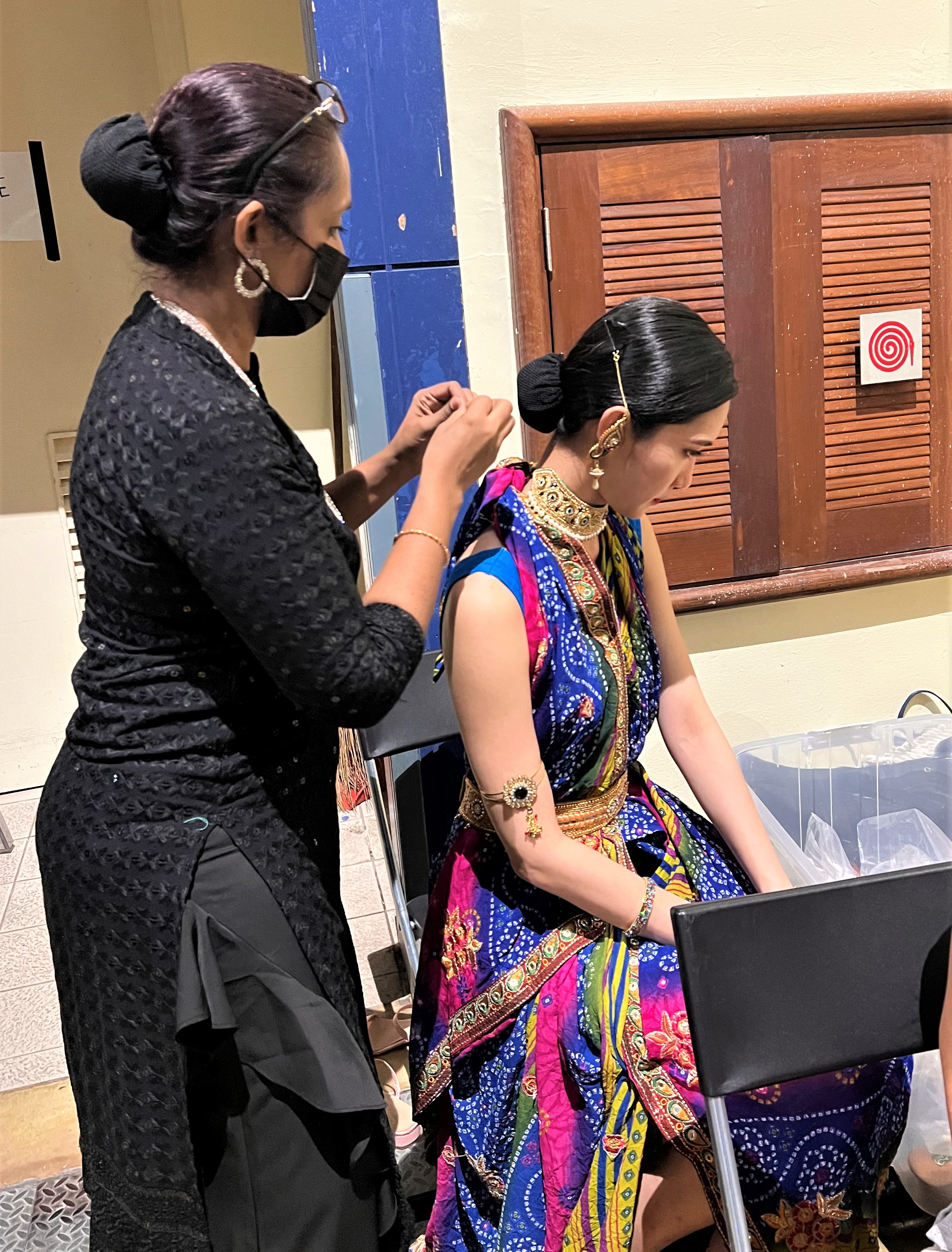 Kalai, the designer, is putting the finishing touches on a model for her show.

We spoke with Kalaivany Kuppusamy, the designer and brains behind the KALAI brand, who launched her Deepavali collection at the Mid Valley Convention Centre as part of the Straits Designers Gallery Platform (SDG).

Interestingly, KALAI chose the theme “The Silk Route,” which emphasises “bandhani,” an ancient art and technique of plucking the cloth with fingernails or iron nails and tying into many tiny bindings that form a figurative before dyeing it with colours.

It has been in existence since 4000 BC according to the records of the Indus Valley civilisation.

What makes bandhani so special?

In the textile design industry, “tie and dye” is frequently used on a variety of fabrics including dresses as well as t-shirts, scarves, bandanas, and even decorative items.

In fact, it was popular in the late 1960s and was typically associated with the Bohemian and hipster cultures.

We’ve also seen it in shibori on Japanese kimonos, and there are other tie and dye versions in Malaysia and Indonesia.

Bandhani could be described as the Indian equivalent of ‘tie and dye.’ It is finer, with smaller ‘dots’ or ‘specks’ motifs, and is used to create designs ranging from floral to animal patterns. 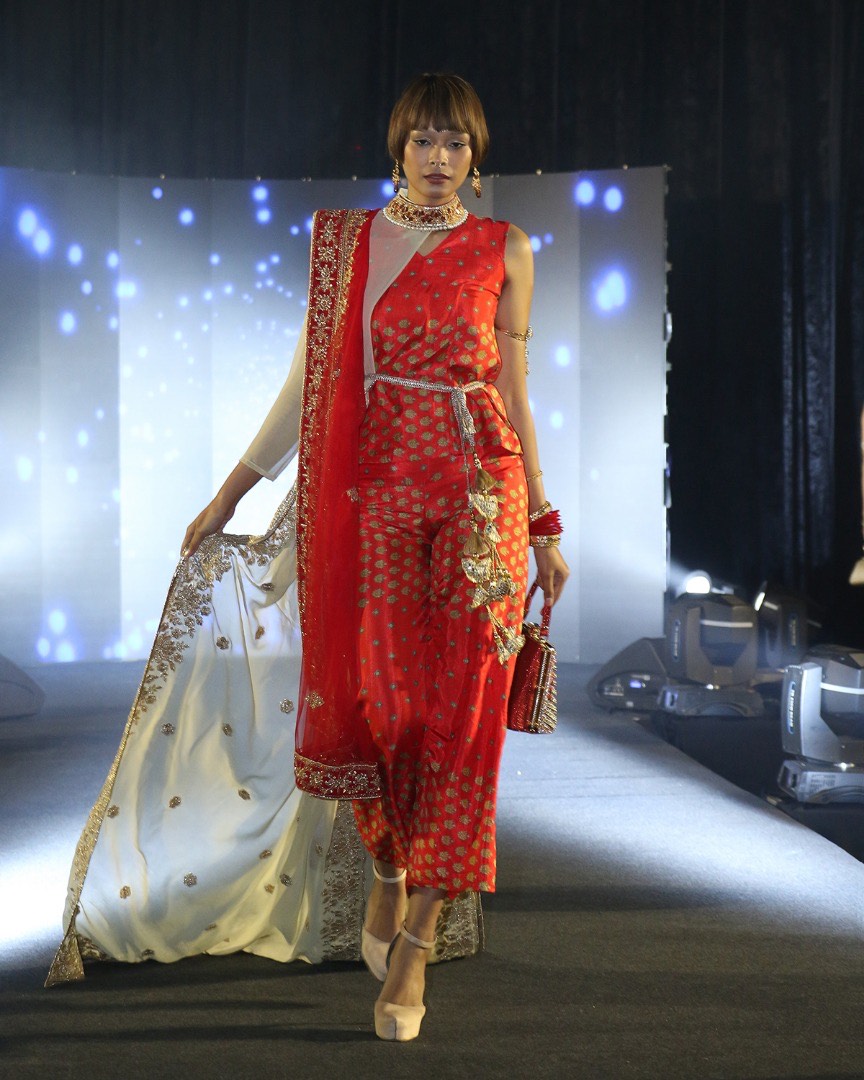 This time-consuming hand-executed traditional craft is carried out by skilled artisans, dyers, and workers, who can include women, young children, and even an entire family.

Finished bandhani products are still in high demand in the apparel industry today.

A weaver can produce a saree after four months to a year of hard work, which makes the piece more unique because all of the bandhani dots are precisely the same size.

It is a timeless craft that has been passed down through generations, and those who wear it do so with great pride.

Unfortunately, the handloom sector is finding it difficult to compete today. There is also competition from the machine-powered loom sector, which has established itself in the market to produce exact replicas of the original artwork.

Eventually, it affects traditional producers who are struggling with a lack of funds.

According to Kalaivany Kuppusamy, who does import textiles from India to make her clothing, other reasons why this traditional art is dying include industrialisation and the introduction of roller printing, a lack of water supply in some rural areas, and children not taking up their parental art.

Six fashion outfits in various bandhani designs were showcased by KALAI with the theme “Silk Route,” which connects Malaysia and India through the production of bandhani silk fabrics. This was done as a tribute to and show of support for the bandhani producers.

Each outfit is made of pure bandhani silks and comes in the form of a jumpsuit, palazzo set, frilled jacket, lehenga, and saree.

Deepavali is definitely in full swing at Metrojaya, Mid Valley, Kuala Lumpur, where you can browse KALAI’s collection of sarees in vibrant colours, as well as contemporary styles in linen. 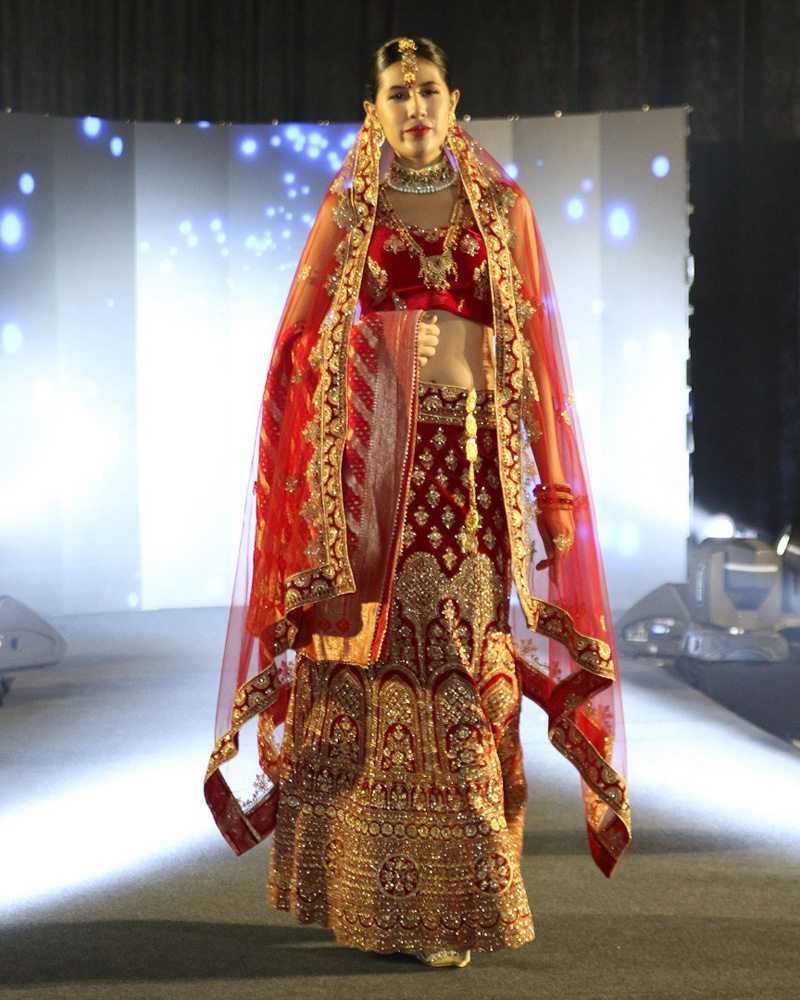 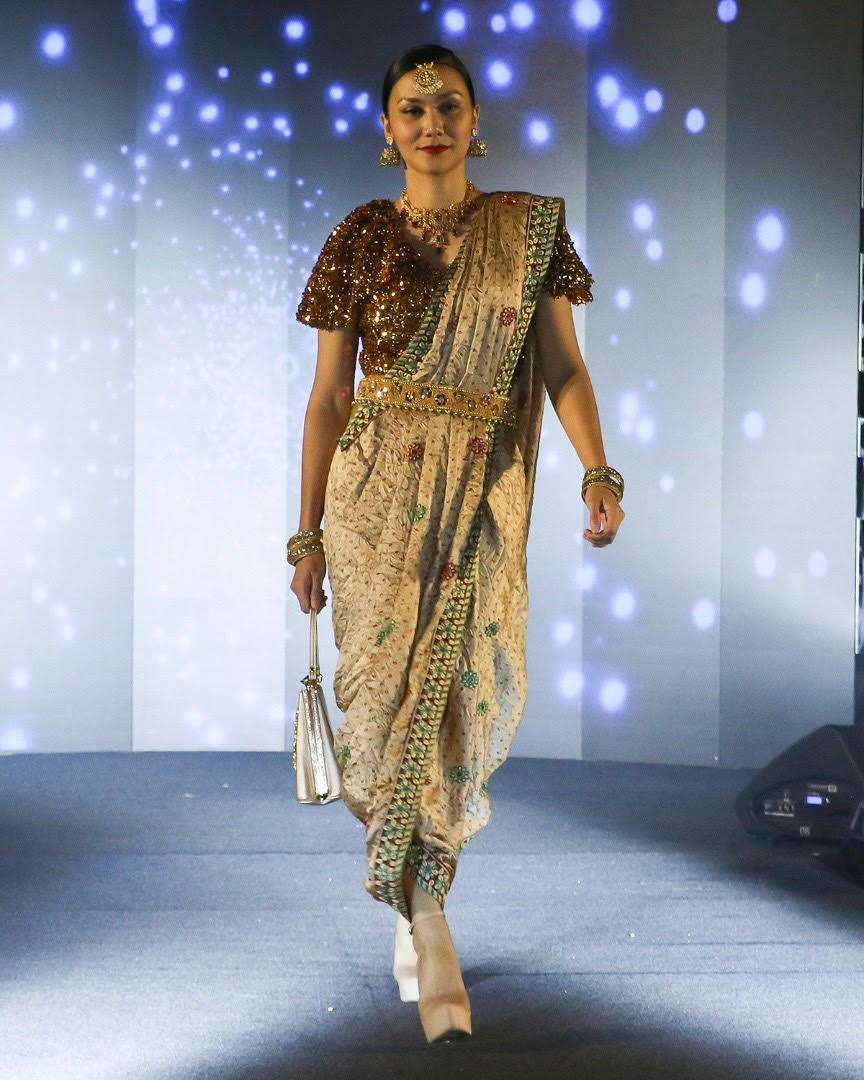 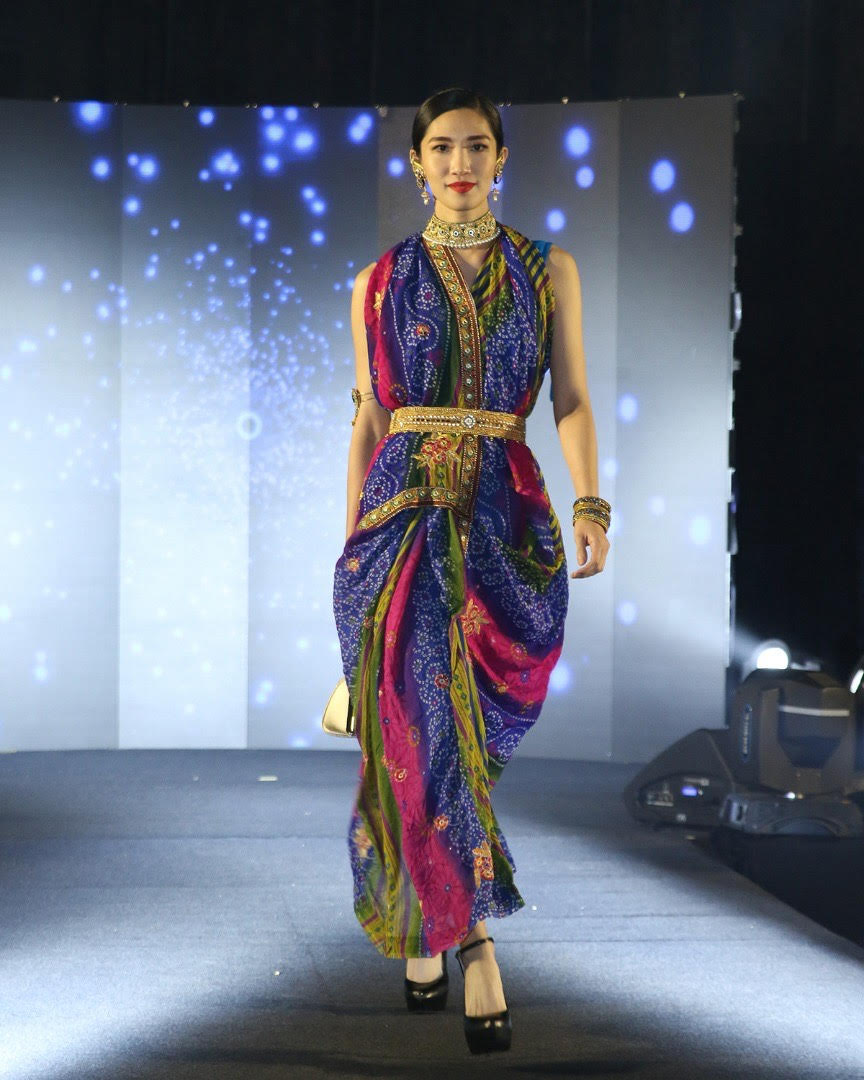 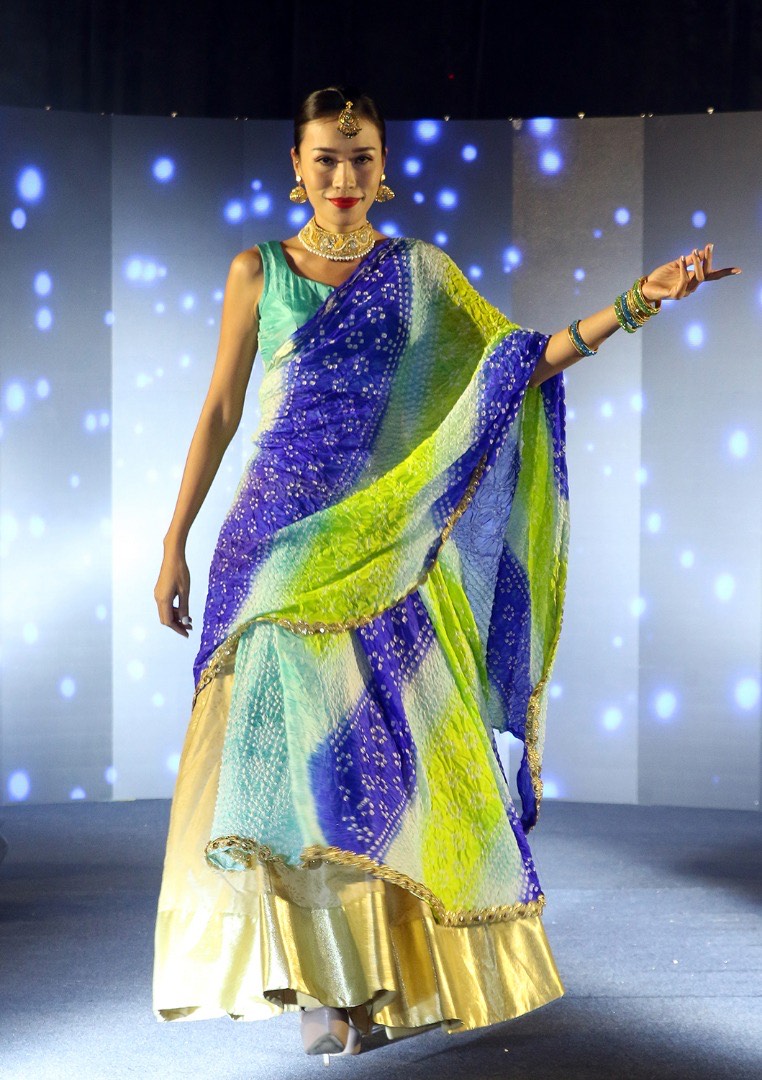 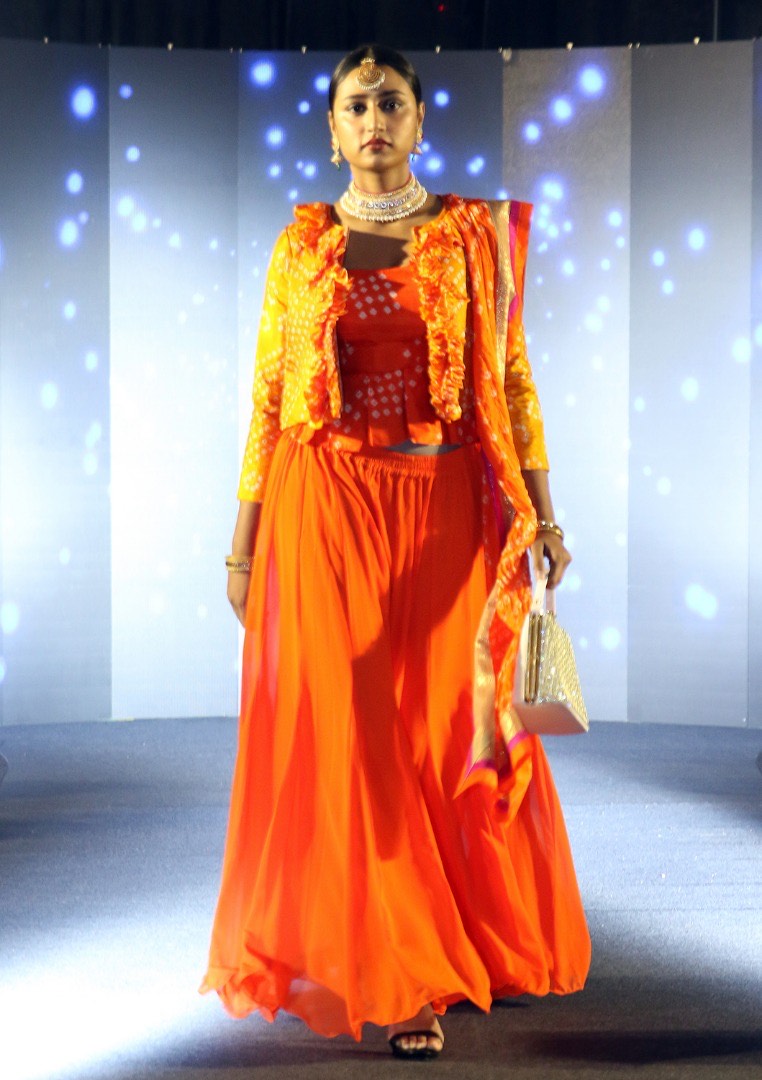