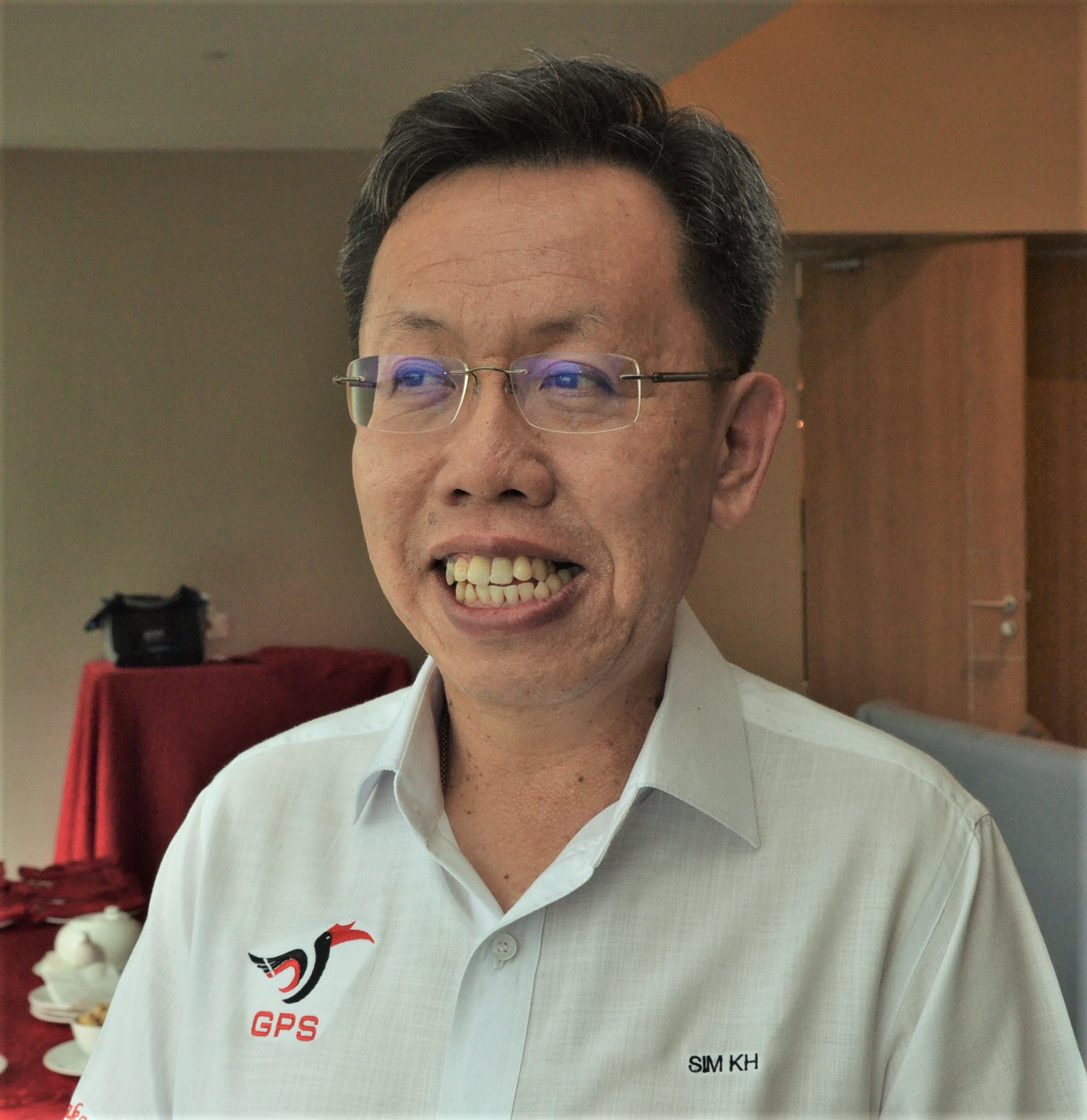 KUCHING: Urban renewal centres, smart traffic lights, e-wallets, the rolling out of 5G and more initiatives than one can count.

Who could have guessed, three years ago, the bustling city of Kuching, embedded in its rich history, would be embracing the frontiers of technology.

It being the state’s government pilot project to develop smart cities statewide with the digital economy vision, all eyes are on the implementation.

With the man behind the dream, Chief Minister Datuk Patinggi Abang Johari Tun Openg waiting patiently for his idea to take shape, it now falls squarely on the shoulders of Local Government and Housing Minister Datuk Seri Dr Sim Kui Hian to make it happen.

Undaunted with the weight of his tasks, Dr. Sim also made it a point to make housing affordable to all, with one eye on its redevelopment and future planning.

Below are the interview transcripts in full.

Datuk Seri, what are the approaches taken by your ministry in regards to the implementation of smart city policy?

ln realising the Smart City initiatives, my ministry and its agencies and department under its administration will always give full cooperation to Sarawak Multimedia Authority (SMA) and Sains who are responsible for the implementation of the smart city concept proposals.

At the opening of Sarawak Multimedia Authority office on November 19, 2019, the Chief Minister of Sarawak announced Miri City as a pilot project for Smart City. Miri City Council (MCC), which is an agency under my ministry, will be responsible for the implementation of the infrastructure under Smart MCC initiatives.

What are the ‘smart’ initiatives in terms of housing and how does it relate with one another?

Housing Development Corporation (HDC) is entrusted with the development of Darul Hana where the government has made Darul Hana as part of Kuching City’s Smart City project in terms of infrastructure and technology.

Also, we are developing Home2Grab, an online application for prospective homeowner to search and place their bookings on any housing property offered by HDC and the private sector, which is expected to be rolled out in April this year.

What are the preparations by your ministry in embracing the change related to ‘smart’ initiatives?

To increase knowledge on what is the requirement or needs for smart city initiatives, my ministry has also taken the approach of sending senior officers to attend the training on smart city with other officers from the relevant departments.

Recently, Sarawak Multimedia Authority (SMA) in collaboration with Huawei organised smart city training in Shenzhen, China. This has increased the knowledge and exposure of the requirements as well as the scope or components needed in the smart city implementation.

My ministry through Sarawak Information System (Sains) will continue to enhance the local authority service delivery through the enhancement of Electronic Local Authority System (eLA2) services to the rakyat by expanding the service components directly to the rakyat such as online submission and application for permits within the next few years.

On the subject of housing, what initiatives have been undertaken by your ministry to benefit the rakyat?

Housing is under the concurrent lists of responsibility of the federal government and Sarawak Government. The provision of adequate housing is critical for the growth and wellbeing of the society; especially the affordable housing.

The issue of affordable housing is a multifaceted one as it encompasses not only shelter, but also security, privacy, investment and personal identity. Since 2012, the increase in house prices in Malaysia has outstripped the rise in income levels. Hence, the provision of affordable housing has become a challenge for policymakers worldwide, including in Sarawak.

Where does the state government stand in providing affordable housing to its people?

The Sarawak government is committed to providing quality and affordable homes to its rakyat especially the low income group (B40) and middle income group (M40).

In order to facilitate the housing development, we have introduced several policies to strengthen the housing supply provided either by the government agency or by private initiatives.

What are some of the policies drafted by your ministry for this purpose?

We have introduced an affordable housing programme funded by the state called Rumah Spektra Permata (RSP). It is being carried out by HDC.

Among the privately funded programmes is enhancing the development of low-cost and low cost plus to Skim Perumahan Khas Rakyat (Spektra), Spektra Lite and Spektra medium.

We also introduce the requirement for the development of 30 per cent affordable housing called Putera that involves reclassifying native land to mixed zone development by the private sector.

Lastly, we also introduce the policy for the development of Sri Pertiwi Housing for the private sectors.

Datuk Seri, are there initiatives to help low-income families own houses?

We have established a new financing agency to assist the low to middle income earners in getting the housing mortgage loan. This is along with the establishment of the new ordinance for the proper management and maintenance of strata housing called Strata Management Ordinance, 2019 (SMO) passed in the State Legislative Assembly (DUN) last year.

We also collaborate with Land Custody Development Authority (LCDA) for the development of affordable housing in resettlement areas.

Therefore, the housing policies introduced by our chief minister to address the housing needs of the people, especially concerning those policies that benefited B40 and M40 income group in Sarawak, do have positive impact.

Over the last three years, how many B40 individuals were assisted by the state government and now own homes?

Nowadays, rejection rate for mortgage loan is somehow high. According to New Straits Times (NST) on November 28, 2019, statistic shows that one in every two home loan applications was rejected.

This means on average, 50 per cent of housing loans will be rejected. For applicants who are able to make a repayment and interested to own a house, it will be difficult for them after getting the rejection.

As a counter measure, and to help those who are still able to make repayment, the Sarawak government has established its own home grown financing vehicle called Mutiara Mortgage Credit Sdn Bhd (MMC), a subsidiary company of Housing Development Corporation (HDC), to assist and provide loans to the low income group (B40).  MMC currently focuses on loans to housing projects under PPR and HDC own affordable housing projects.

Within the last three years, about 879 people have owned houses with the assistance of the Sarawak government through MMC.

What is the amount of subsidy borne by the state under HDC for the B40 group?

To date, HDC has been allocated with RM79 million, which is part of RM234 million approved ceiling package under 11th Malaysia Plan (11MP).

These projects are mostly affordable homes for the low income group (B40).

What are the other initiatives of the Ministry of Local Government and Housing (MLGH) for the people of Sarawak?

To ensure the continuous supply of affordable housing for Sarawakians, the chief minister has targeted within two years, there will be about 2,500 units of affordable houses provided by the government through HDC to be available in the market for the rakyat.

My ministry through HDC has planned and allocated more areas for the development of the Rumah Spektra Permata (RSP); seven new affordable housing projects will amount to a total of 1,406 units, which are valued at RM350 million, and to be implemented this year.

In terms of financial aid, Sarawak has approved the allocation of RM100 million to Mutiara Mortgage Sdn Bhd to meet the end-financing for housing under HDC and PPR.

There are often complaints of construction delays and poor building quality, what role does MLGH play in mitigating the offences?

To ensure the rights of house buyers are being taking care of, the ministry also has its own housing tribunal. This is where the purchaser can lodge his report or complaint about the misconduct or breach of contract by developers.

House buyers can file complaints on poor workmanship, late delivery of houses and late issuance of occupation permit or failure to refund money for aborted purchase of houses, against errant developers.