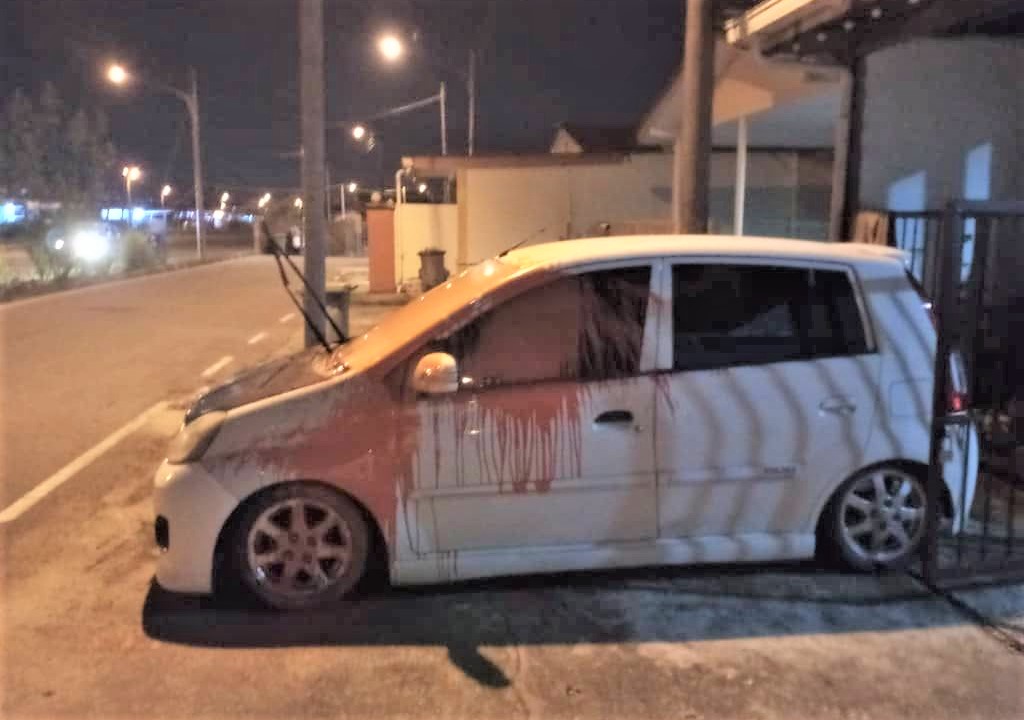 PADAWAN: Local police confirmed that a recent viral social media post concerning a car splashed with pink paint at Jalan Sungai Tengah here is related to a case of a RM300 loan that a woman owes a loan shark.

In confirming this, District police chief, Supt Aidil Bolhassan, said the incident happened around 5.15am on Sunday (Sept 26).

“When the complainant’s wife wanted to use the car to go to work, she found pink paint on the windshield, tyre and left door.

“In addition, she also found a note taped to the front gate of the house addressed to another woman. It was a messaged from an unlicensed money lender asking for the loan to be paid back,” he said.

When the complainant checked the note, it turned out that the name written on it was that of his neighbour’s daughter.

Aidil noted that the neighbour’s daughter has since lodged a police report as the windows of her house had been splashed with red paint and the front gate was secured using a bike lock on Sept 13.

The neighbour’s daughter who is in her late 20s, had applied for a loan of RM300 via Facebook. However, she could not make the payment because the loan shark asked her to pay back RM8,600.

He added that investigations are still ongoing under Section 427 of the Penal Code.