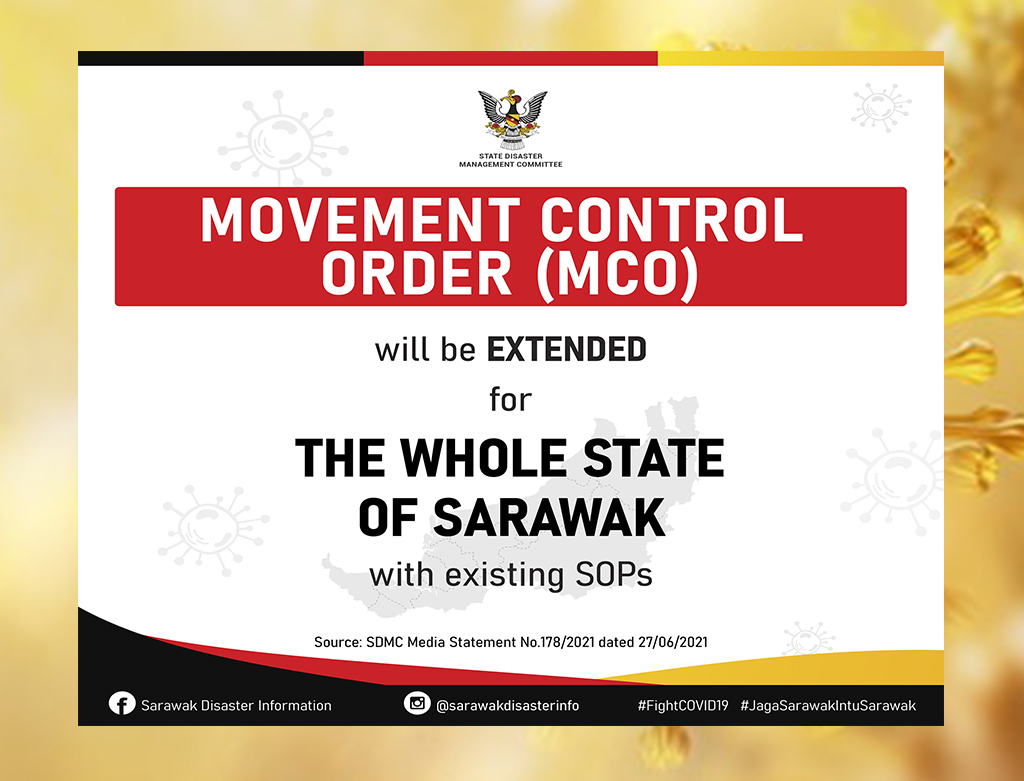 This was announced by the State Disaster Management Committee (SDMC) in its daily Covid-19 update statement on Sunday (June 27).

In the statement, the SDMC said the current standard operating procedures (SOPs) and movement control order (MCO) regulations would be kept the same throughout the imposition of the MCO until the new SOPs were issued.

However, the committee did not specify the duration of the extension.

“As the number of Covid-19 cases is still high, the SDMC has met and agreed that the MCO be extended and the existing SOPs maintained,” it said.

Earlier today (Sunday), Prime Minister Tan Sri Muhyiddin Yassin said phase one of the MCO under the National Recovery Plan (PPN), which was scheduled to end today (Monday), would be extended.

He said phase one had to be extended as the number of Covid-19 cases in the country had not dipped below the threshold value of 4,000 required to move to the next phase.

Muhyiddin added that phase one was to test the country’s resilience so that it could go through all the PPN phases smoothly.

On June 15, Muhyiddin announced the PPN, which had four phases, would transition in stages.

To enable the transition to phase two, the average daily cases of Covid-19 should drop below 4,000, the public health system should be out of critical stage including the rate of bed use in ICUs returning to moderate levels and 10 percent of the population should have received two doses of vaccine injections.