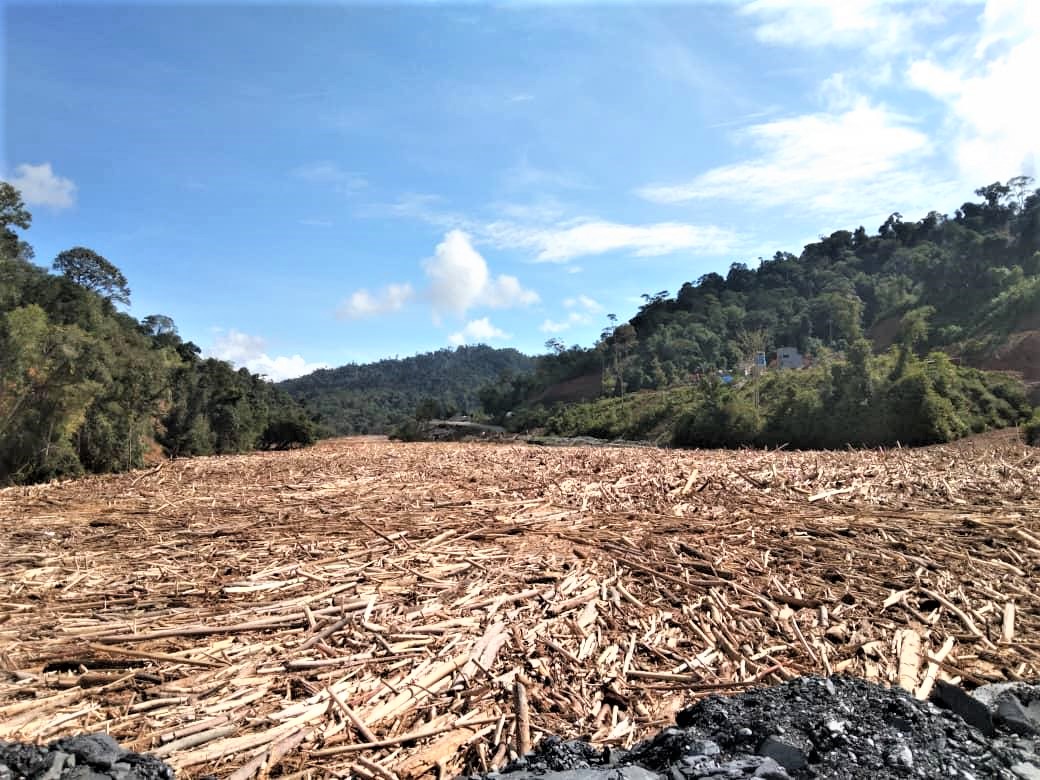 She said this when contacted on Sunday (Aug 22) and asked to comment on the incident that affected the river route involving areas such as Kapit, Song, Kanowit, and Sibu.

“The logjam incident that took place at Kapit on Saturday night is still under control.

“However, we are still monitoring the situation,” she said.

Carol said that the incident was not as bad as in 2010 where at that time, the logjam involved large trees that were swept away by currents from the upstream area.

He explained that there was no information or reports on any logjams thus far.

Carol said that driftwood from the Ulu Baleh area were seen through the Kapit Passenger Terminal around 8.30pm until 11pm on Saturday night.

It is believed that the phenomenon is caused by the continuous rain in the Ulu Baleh area for the past few days which caused the water level in the river to rise.

On Saturday night, Kapit District Officer Cerisologo Sabut and Carol were at the Kapit Passenger Terminal to monitor the incident from 9pm to 11pm.

Secure shelter for the destitute elderly

Challenges for state as a drug transit point