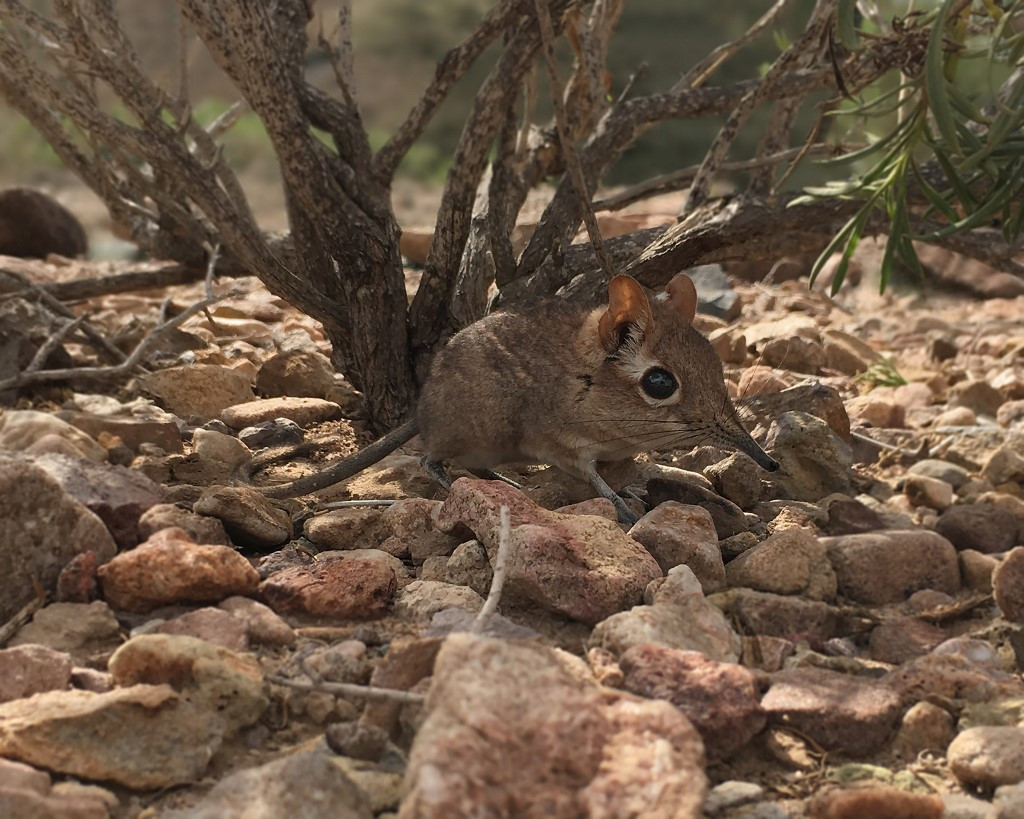 PARIS: For half a century, scientists feared that the Somali elephant shrew had vanished from the face of the Earth. No one had seen so much as a whisker.

But the tiny mammal with its probing trunk-like nose was quietly thriving in the arid, rocky landscape of the Horn of Africa, researchers said Tuesday.

The elusive, insect-eating creature is neither an elephant nor a shrew.

It is a sengi — a distant relation to aardvarks, elephants and manatees — the size of a mouse, with powerful legs that allow it to run at speeds of nearly 30 kilometres an hour.

The Somali sengi has been lost to science since the 1970s, leaving just the 39 preserved specimens held in the world’s natural history museums as the only physical evidence that it ever existed.

The Global Wildlife Conservation group even included it on its “25 most wanted lost species” list.

But during an expedition last year scientists found the animals still roaming the wild, discovering that the Somali sengi is not confined to Somalia at all.

The research mission was looking for different kinds of sengis in Djibouti, the small Horn of Africa coastal nation that borders Somalia, Ethiopia and Eritrea.

The team set up more than 1,250 traps filled with peanut butter, oatmeal and yeast extract in 12 areas in Djibouti, buoyed by speaking to local communities, where people could readily recognise the animals from photographs.

“Our interviews with local nomadic and pastoralist people indicated that they see sengis regularly and we were consistently told the same common name (Wali sandheer),” said Houssein Rayaleh, of Association Djibouti Nature, who was on the team.

The conservationist said he too had seen sengis during his 21 years doing fieldwork in the country.

But no one knew whether they were the long-lost Somali sengi.

“Without formal documentation, the species of the sengis in Djibouti was unknown,” Rayaleh told AFP.

The team also included global elephant shrew expert Galen Rathburn, who had been studying the creatures for decades but had never seen a live Somali sengi, according to researcher Steven Heritage, of the Duke University Lemur Centre.

“So when he opened the first trap and looked over at me, and he had seen the cute tufted furry tail of the animal and he looked at me and said ‘I can’t believe it, I’ve never seen one before’,” Heritage told AFP. Rathbun died of cancer shortly after the expedition.

The researchers collected twelve specimens of the mammal.

Their findings prove that the Somali sengi “is currently extant” and lives far beyond the boundaries of Somalia, the researchers said in a study published in the journal PeerJ.

The team, which plans a new expedition to learn more about the species, believes the sengi could be living across Somalia, Djibouti and Ethiopia.

And while they cannot estimate the size of the population, they believe the sengi is thriving.

“All the local people knew about this, so it could not be rare in any way,” said Heritage, the lead author of the study.

“And its habitats are not threatened by agriculture and human development, in a very arid environment where there is no foreseeable future for agriculture.”

As a result, researchers recommended that the International Union for the Conservation of Nature (IUCN) reappraise its classification for the Somali sengi on its list of vulnerable creatures, from “Data Deficient” to “Least Concern”.

“Usually when we rediscover lost species, we find just one or two individuals and have to act quickly to try to prevent their imminent extinction,” said Robin Moore of Global Wildlife Conservation.

Other species rediscovered in recent years include Jackson’s climbing salamander in Guatemala, the Wallace’s giant bee in Indonesia, and the silver-backed chevrotain — a deer-like species the size of a rabbit — in Vietnam.

Moore said this raises hope for those species still thought to be “lost”, including the Ilin Island cloudrunner, a cloud rat from a single island in the Philippines. – AFP