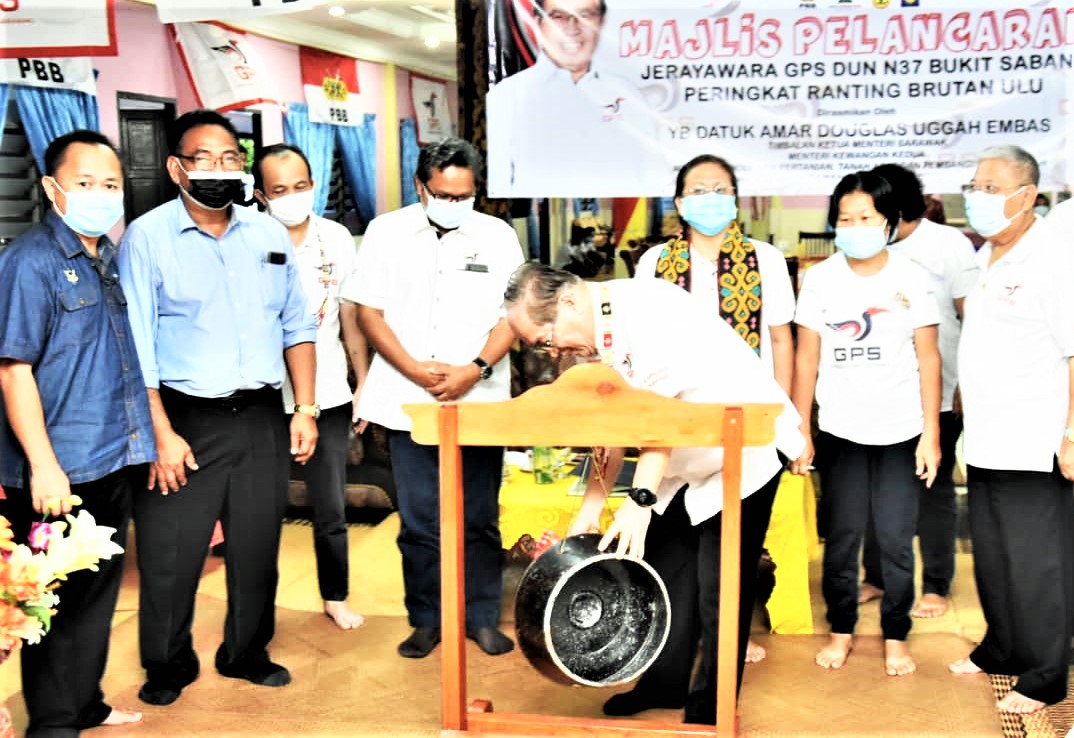 Uggah expressed gratitude to the nine longhouse chiefs present for their support, including Spaoh Longhouse Chief’s Association chairman Joseph Suat who was representing 43 other longhouse chiefs.

“The GPS government rightly deserves to be given the mandate to govern the state because it has experienced and proven leaders.

“Some people say we must have new leaders and a new government but we must learn from recent history.

“With the former Pakatan Harapan (PH) federal government, there were many U-turns and strange policies which eventually led to its collapse,” he said.

Uggah who is PBB deputy president also called upon the party’s grassroots leaders to be in the loop in terms of the state government’s development policies which was formulated for the benefit of the people.

“By familiarising themselves with the policies, they would be able to disseminate accurate information on the efforts by the state government to rural folk.

“This way, people in rural areas will be able to know what the state government can do for them.

“In this way they would be of a great service to the party,” he said.