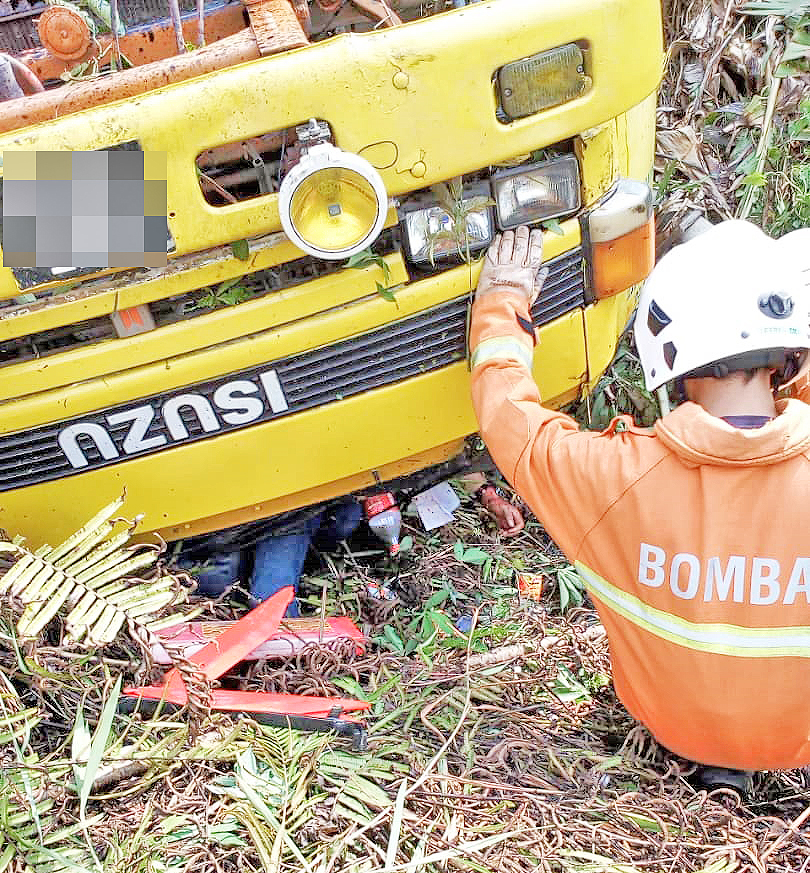 KUCHING: A truck driver and a passenger sustained injuries after their vehicle lost control and landed on its top along Jalan Sri Aman-Serian yesterday at 9.10am.

The truck driver was ferrying two passengers and one managed to jump out before the vehicle overturned while the driver and the other passenger were trapped inside.

Firemen arrived at the scene to extricate the two injured victims after passers-by called for help. They also enlisted the assistance of an excavator to lift the vehicle. The rescue took almost two hours. The two victims, aged 27 and 30, were rushed to the Serian hospital for treatment.

Prevention: Everyone plays a part

Contraband fags worth over RM1.1m seized