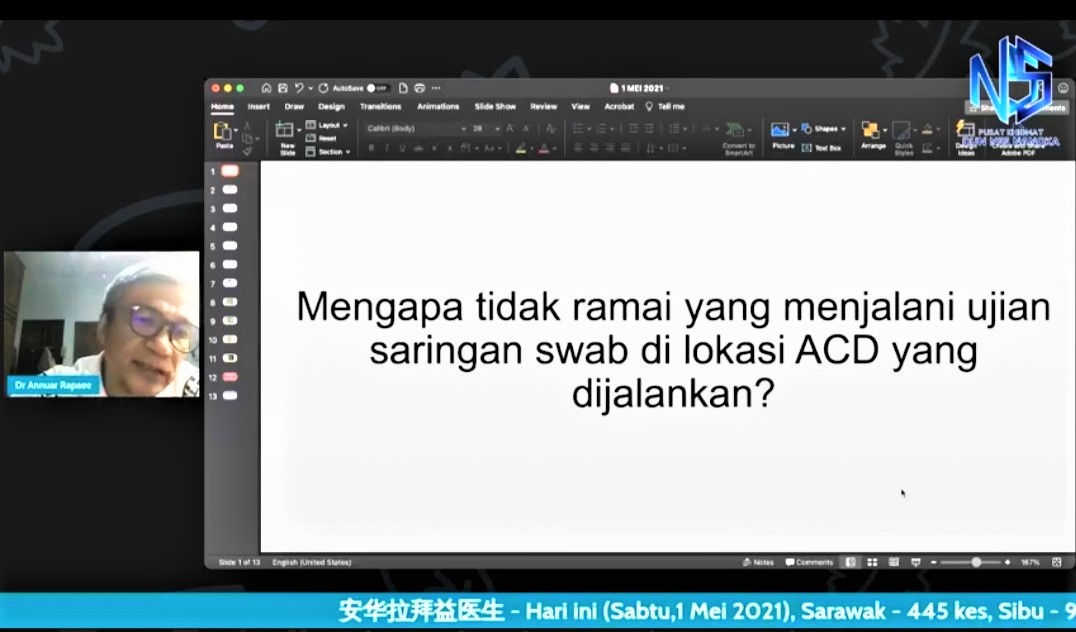 “ACD is an initiative we provide to the community so that there is no need for them to go to polyclinics to get tested. We bring the teams to them.”

He added that the operations also helped to test asymptomatic patients.

“But what is sad is that the reception was poor and turnouts were low. I was told that most of the people chose to forego the ACD as they were afraid that they might be Covid-19 positive,” he said in a livestream on Saturday night (May 1).

Dr Annuar said according to the responses obtained from the ground, the locals were worried that they would not be able to go to work if they tested positive.

“I want to assure you that anyone who is Covid-19 positive and admitted to a hospital or Covid-19 Quarantine and Low-Risk Treatment Centre (PKRC) can get assistance from MySalam after being discharged.

“Secondly, there is a letter certifying that you have been admitted to a PKRC which can be used as proof to your employer.

“Whether you are daily paid, employed by the private sector or the government, the leave you will be taking is sick leave which has to be given by the employer.

“No one can dispute the discharge certificate from a hospital or a PKRC. So, there is no issue of being afraid that you might test positive for Covid-19 and unable to work and get paid,” he said.

The Nangka assemblyman said if there were employers who refused to pay the salaries of workers admitted to hospitals or PKRCs due to Covid-19, the workers could report them to the Labour Department.

“We need to know whether we are Covid-19 positive or negative. The excuse that we won’t be able to work and get paid if we are positive is unreasonable,” he said.