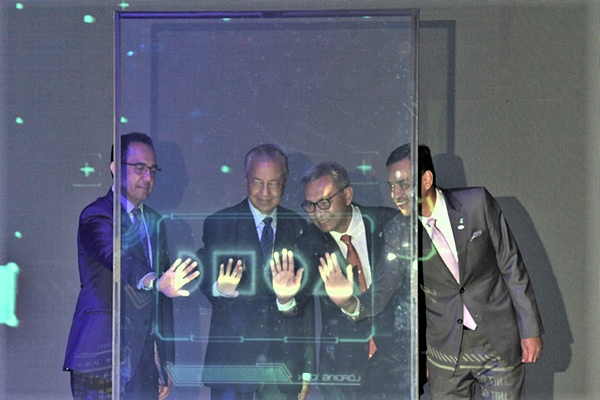 KUALA LUMPUR: Petroliam Nasional Bhd (Petronas) today said not enough investment was made in oil and gas projects during the times when oil prices were low especially in the projects that required a long gestation period.

President and group chief executive officer (CEO) Tan Sri Wan Zulkiflee Wan Ariffin said in the last few years, there have not been many final investment decisions (FIDs) on liquefied natural gas (LNG) projects and the industry would be seeing the impact in the next few years.

“Short-term demand can be filled with unconventional short cycle projects. We are now together with some of the partners, we have secured a positive FID for the LNG project in Canada. That is our biggest investment on the LNG front,” he said during the CEO Strategic Dialogue on Preparing for a New Energy Future here today.

Wan Zulkiflee said Petronas has a growing portfolio of LNG supply sources in Malaysia, Egypt, Canada and Australia and it would be a big income contributor to Petronas.

The Refinery and Petrochemical Integrated Development (RAPID) project in Pengerang, Johor is expected to commence its commercial operations in the fourth quarter this year.

Petronas has invested around $26 billion in RAPID, the biggest project it has undertaken. The complex has a 300,000 barrels per day refinery capacity and 3.3 million tonnes of petrochemical production.

“We take a bullish view on demand for petrochemicals. We sanctioned this project when the oil prices were really low. Now the construction is almost complete, we are pre-commissioning part of the plant and we hope to be in commercial operations by the end of the year,” said Wan Zulkiflee.

He added that Petronas would not be ahead of the curve in the renewable sphere and would maintain a measured approach in the oil and gas industry.

“The returns on renewables are not as great as the returns in conventional oil and gas,” he said, adding that Petronas would need to find a sweet spot for its investments so that it would not be financially compromised.

Meanwhile, Wan Zulkiflee said Petronas would continue to eliminate inefficiencies in its operations once oil prices have stabilised.

He pointed out that certain budget allocations have been maintained and deemed as long-term investments in the face of the ups and downs of the industry.

“We learn many things in these difficult times. Many inefficiencies have crept not only into Petronas (but also) the whole industry when the times were really good. We really took this opportunity to really eliminate these inefficiencies.

“But apart from that, there are a few things that we said that we will not change. For instance, our staff competency building budget and exploration budget, we did not change that because all of these are long-term.

“Our research budget and our number of scholarships too we didn’t change during the difficult times. We give out more than 300 scholarship every year,” he said.

Wan Zulkiflee pointed out that internally, Petronas’ leadership spends a lot of time in building the right behaviour and culture as “anything that we change such as work processes would not stay if the organisation does not have the right culture”.

“Unfortunately, we also have to optimise our manpower. So a couple of thousand were affected during that time, but this is unfortunate but this is something that we had to do to look at our costs,” he said.

He noted that digital initiatives have also played a huge part in the past two to three years and currently Petronas is on its journey into digital space.

“Our challenge is not to let inefficiencies creep back again when prices have stabilised and maybe on an upward trend. That is one of the learnings,” said Wan Zulkiflee.

To a question on the need to address the impact of the oil and gas industry on climate change, Wan Zulkiflee said Petronas’ leadership currently spends at least seven to 10 times more on sustainability compared to the last five years.

“Last year, Petronas produced around 54 million tonnes of CO2 equivalent. Our target is to bring it down to 49.5 million tonnes (of CO2) in three to five years.

“We have a lot of high CO2 fields, and even to keep at the current level is a challenge, but we have set ourselves a target to reduce this.

“It is a very big challenge for the organisation but we are committed to doing that,” he added. – Bernama

O&G still worth investing in