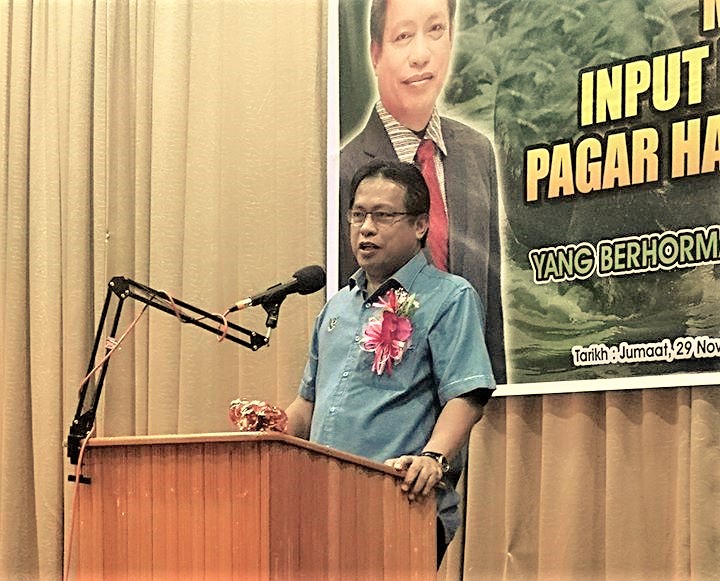 LIMBANG: Cattle breeders in Limbang are urged to develop the buffalo industry because of its huge market potential both domestically and abroad.

“The development of the buf­falo rearing industry will help reduce the state’s food bill which recorded RM3.27 billion in 2016,” he said when presenting government assistance for repairing buffalo fences at Kampung Bunga Raya here yesterday.

Dr Abdul Rahman said eligible farmers could get assistance through a grant of RM50,000 for the development of buffalo cages, fodder grass, yard fences and fodder cutting machines.

In addition, each participant will be given a herd of up to 25 female and one male breeders under the programme.

“Buffalo breeding technology through artificial insemination as well as embryo transfer has increased buffalo production and has proven effective in countries such as Thailand, the Philippines and Indonesia,” he said.

He added that the diverse tribes and ethnic groups in Limbang Division have organised festivals such as Festival Badudun and Buffalo Racing (Malay), Babulang Festival (Bisaya), Irau Aco Festival (Lun Bawang) which are associated with buffalo.

“Therefore, the demand for buffaloes is increasing every year, not only for its meat but also for festive purposes.

“Many of these festivals are included in the Limbang District tourism calendar and able to attract visitors from within and outside such as Brunei Darussalam, Labuan Federal Territory and Sabah which can have a positive impact on the local economy and tourism,” he said.