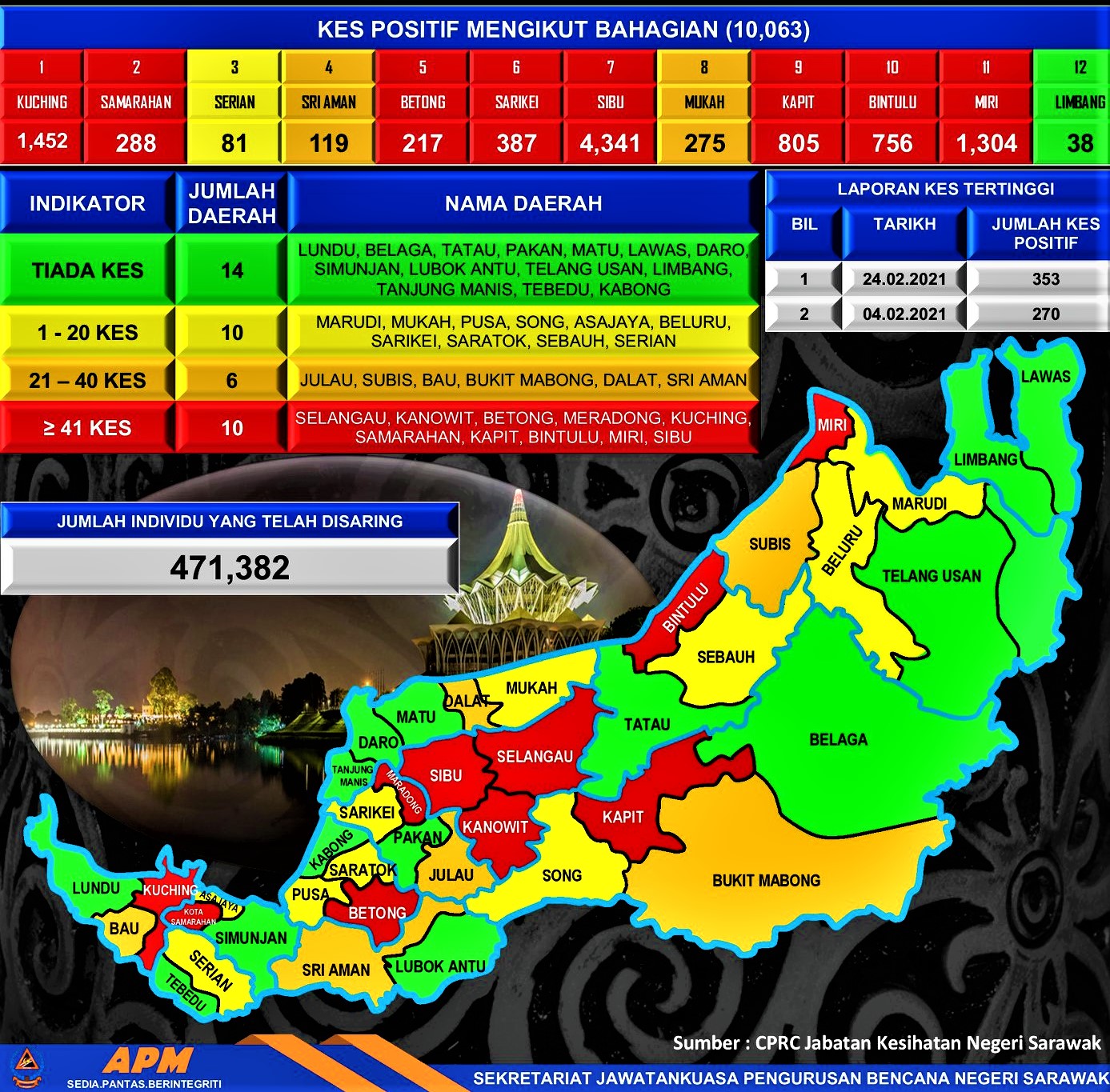 KUCHING: Lundu and Belaga have now been categorised as green zones.

This came as no local infection cases were traced or recorded in the two districts in the past two weeks.

“Selangau, Kanowit, Betong, Meradong, Kuching, Samarahan, Kapit, Bintulu, Miri and Sibu remain as red zones after 2,482 local infection cases were recorded in the 10 districts in the past 14 days.

“Julau, Subis, Bau, Bukit Mabong, Dalat and Sri Aman also maintained their orange status with a total of 175 local infection cases recorded in the past 14 days.”

He revealed that Local Government and Housing Minister Datuk Seri Dr Sim Kui Hian was not present at the Covid-19 press conference today as he was witnessing the arrival of the second batch of vaccine.

“The second batch of vaccine contains a total of 31,590 doses. As of Tuesday, a total of 10,801 have been vaccinated since the start of our vaccination programme on Feb 26.

“Of the total, 10,037 were health officers and 764 are from other departments as well as agencies. The first batch of vaccine, which arrived on Feb 24, has been distributed to Kuching, Samarahan, Serian, Sri Aman, Betong, Sarikei, Sibu Kapit and Mukah since Feb 25 while Bintulu, Miri and Limbang are expected to receive the vaccine on March 4.”

He also said 210 people had recovered from Covid-19 and discharged from hospitals statewide.

“This brings the total number of recovered and discharged cases to 7,701 or 76.53 percent.”