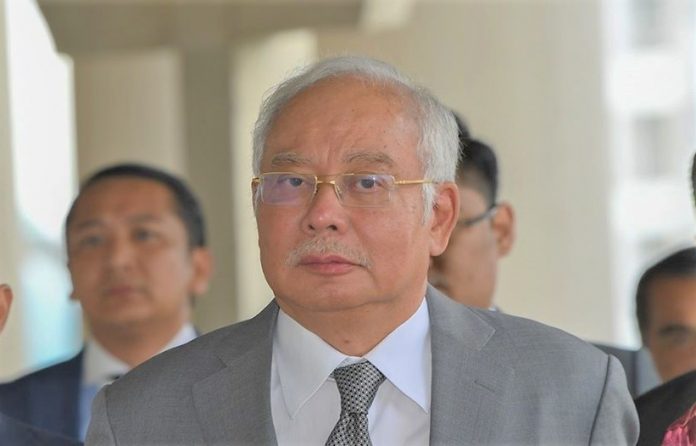 “We have been given the recordings…pursuant to investigations, we can confirm their absolute authenticity.

“The contents are shocking; it’s a cover-up and subversion of justice….In the public interest, we’re making public the contents,” she said of the nine sets of audio clips of about 45-minute duration.

After all the audio recordings were played during the press conference which was carried live over television, Latheefa said they give rise to a number of matters.

“There are various serious issues that have arisen including abuse of power, criminal conspiracy, obstruction of justice, compromising national security, fabrication of false evidence through foreign assistance, and connivance,” she stressed.

Latheefa said her office will hand over the materials to the relevant authorities to facilitate investigation.

“In this whole sordid episode of betrayal of public trust and criminality, we can be thankful that there was one brave public servant who knew his duty – Tan Sri Abu Kassim Mohamed,” she said.

Abu Kassim was the MACC chief at the time that these telephone exchanges allegedly took place. He was replaced by Dzulkifli on Aug 1, 2016.

The recordings took place between Jan 5 and July 29, 2016, Latheefa said, adding that the MACC received the items recently, in the new year.

She, however, declined to reveal from whom, how or in what form the commission received the recordings but said she believed they were related to SRC International Sdn Bhd.

Another company, 1Malaysia Development Bhd (1MDB), was also referred to in some parts of the conversations that were played out for the benefit of the media.

“When we got them (audio clips), we went through forensics to identify who they (the individuals) are, and we did our investigation and obviously, based on the knowledge that we have…we could easily identify who they are,” she said.

Besides Najib, Rosmah and Dzulkifli, she said, the voices of several other people were captured in the recordings, including those believed to be two foreigners – a royalty and a company executive – in the Middle East.

Asked whether the revelation of the recordings will jeopardise the ongoing court cases involving Najib, Latheefa said: “I don’t see how it is going to affect (the trials).

“As far as we are concerned, this is of public interest and involves serious national security. So I don’t see how it cannot be shared (with the public) and is prejudicial to the ongoing cases.”

According to Latheefa, the first audio clip featured a conversation between Najib and Dzulkifli, who was a DPP in the Attorney-General’s Chambers (AGC) then.

Rosmah answered the call from Dzulkifli and passed it to Najib.

“The conversation revolved around an investigation paper. There was an obvious leak of information from the AGC to the person we believe was a subject of investigation,” Latheefa said.

The other audio clips, among others, featured conversations expressing concern and the need to resolve issues speedily.

In one of the recordings was a somewhat heated conversation between a man and a woman said to be Najib and Rosmah.

According to Latheefa, what was said during the conversations contained elements of corruption and what may constitute offences under the Penal Code which the MACC would prefer the police to look into.

Najib, who was attending his SRC International trial at the Kuala Lumpur High Court, said during a break that he will consult his lawyers on the MACC revelation. ― BERNAMA