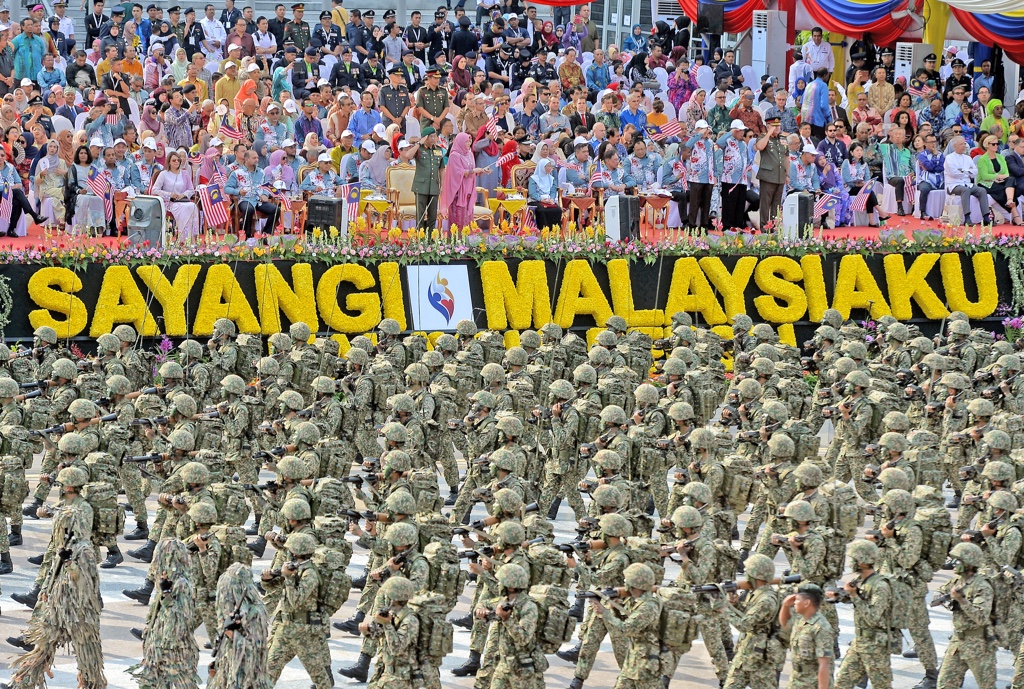 PUTRAJAYA: The spirit of patriotism, national struggle, national identity and anti-corruption are the elements embodied in the National Day celebration this year as an aspiration to make Malaysia a clean, efficient and trustworthy nation.

The celebration was also extra special as it was graced by the country’s new King, Al-Sultan Abdullah Ri’ayatuddin Al-Mustafa Billah Shah who was officially installed as the 16th Yang di-Pertuan Agong on July 30.

Witnessed by millions, either at the Putrajaya Square or via
live telecast on television and social media, the programme kicked off as early as 6.30am with a human graphics performance by 2,120 schoolchildren.

The official celebration began with the arrival of Sultan Abdullah and Raja Permaisuri Agong Tunku Hajah Azizah Aminah Maimunah Iskandariah at the square, followed by the singing of the national anthem Negaraku and the hoisting of the national flag, Jalur Gemilang.

A 14-gun royal salute, symbolic of the 13 states and federal territory in Malaysia was executed by the 41st Ceremonial Battery of the Royal Artillery Regiment and accompanied by the hoisting of the national flag.

Dr Mahathir had earlier arrived at the venue in a brand new red Proton Saga, which he drove. The recitation of the Rukun Negara pledge for this year’s celebration was led by Malaysian Anti-Corruption Commission (MACC) Chief Senior Assistant Commissioner Zuhairie Abu Bakar.  He was accompanied by 62 pledge reciters comprising individuals from all walks of life, including teachers and students, employees in the public and private  sectors, as well as government-linked companies.

After the recitation of the pledge, the seven chants of ‘Merdeka’ echoed in Putrajaya.

The audience was then entertained by a special performance of ‘Sayangi Malaysiaku: Malaysia Bersih’ which revolved around the concepts of Vision 2020, termite infestation as an analogy of corruption crimes, the Rise of the Tiger and A Clean Malaysia. 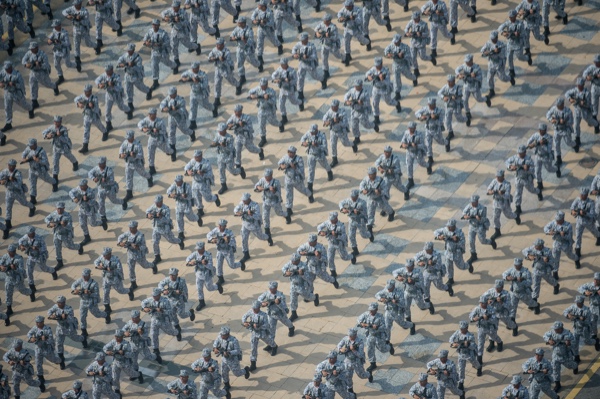 The contingent comprised 60 cadet officers from the Military Training Academy, Universiti Pertahanan Nasional Malaysia (UPNM) and 20 cadet inspectors from the Police Training Centre. They were followed by the 330 flag-bearers carrying Jalur Gemilang and 670 others

In line with the theme ‘Sayangi Malaysia: Malaysia Bersih’, the Malaysian Anti-Corruption Commission (MACC) showcased a contingent with a float, high-powered motorbikes and animated character of Captain MACC.

The appearance of the top man in civil service, Chief Secretary to the Government Datuk Seri Dr Ismail Bakar, who led the civil servants’ horse contingent in the parade truly caught the

attention and brought both Sultan Abdullah and Tunku Azizah to their feet.

Tunku Azizah was also seen snapping pictures of the contingent and giving them the thumbs-up. Also taking part in the

aviation industry such as Malaysia Airlines, AirAsia and Malindo Air, wearing their respective

England-made Dennis RR-80 fire engine model which was used in the nation’s fire and rescue service in the 1950s was among an attractive asset showcased by the Fire and Rescue Department contingent. The asset is now used as a historical exhibition material for scientific reference.

In the national security segment, the Armed Forces made up the largest contingent, involving 3,771 personnel of various ranks, as well as 115 main assets belonging to the army, navy and air force. Among the assets showcased were 91M Pendekar 125MM armoured vehicle which was equipped with the main weapon system of 125MM gun and

The parade concluded with the closing performance titled ‘Sayangi Malaysiaku: Malaysia Bersih’ showcasing the racial diversity of Malaysians, and the singing of ‘Kita Punya Malaysia’ by Bunkface. A total of 15,940 participants, 345 assets and 46 horses were involved in this year’s National Day parade. – Bernama

‘Politicians must not overstay welcome’

No let-up in pursuit of state’s rights

Come, let’s sing the Negaraku in unison, shall we?