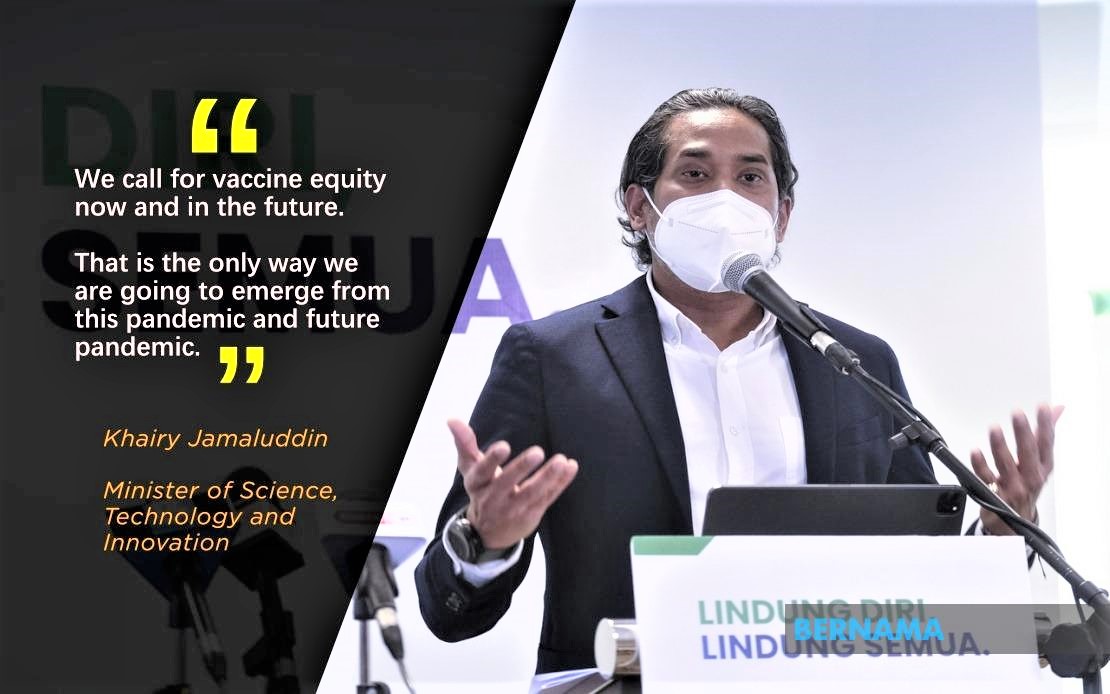 KUALA LUMPUR: Malaysia calls for the World Bank to be a strong voice for developing countries for global vaccine equity.

Minister of Science, Technology and Innovation Khairy Jamaluddin said that the hoarding of vaccines by the industrialised countries was immoral and the move had fallen short of respectable and responsible global leadership.

“We are appreciative of the donations that we will be receiving from advanced countries in the coming weeks but this does not do away with what has taken place over the last few months and that is the cornering of the vaccine market.

“We set up Covax in a global solidarity as a mechanism of vaccine equity and that has been an abysmal failure and I think the World Bank owes it to the developing countries to be a strong voice on vaccine equity in the global stage,” he said in a special address at the launch of the Malaysia Economic Monitor — June 2021 Edition held virtually today.

Khairy also noted the need for renewed solidarity and urgency to narrow vaccine equity gaps that were leaving low- and middle-income countries behind.

“We call for vaccine equity now and in the future. That is the only way we are going to emerge from this pandemic and future pandemic,” said Khairy, who is also a Coordinating Minister of the National Covid-19 Immunisation Programme.

Meanwhile, he said the government aims to get 60 per cent of the population vaccinated by end-September while also continuing to support firms and preserve jobs for the rakyat through various relief packages.

Khairy said the government was rapidly increasing the number of vaccination centres (PPVs) to speed up the rollout of the immunisation programme as well as setting up a number of mega PPVs to ramp up the vaccination rate.

He said there was also a target of an additional 1,000 general practitioners from the private sector to start to administer vaccines by June 30, as the government continuously increase the number of PPVs.

“Our goal is to be as inclusive as possible in our deployment of the vaccine,” he said.

Khairy said while the immunisation plan is to come to fruition, the government will continue to support firms and preserve jobs for the rakyat through various relief packages such as the latest package is Permerkasa+, worth RM40 billion.

He noted that the support from the government aimed to help the private sector remain resilient for the immediate term. – Bernama