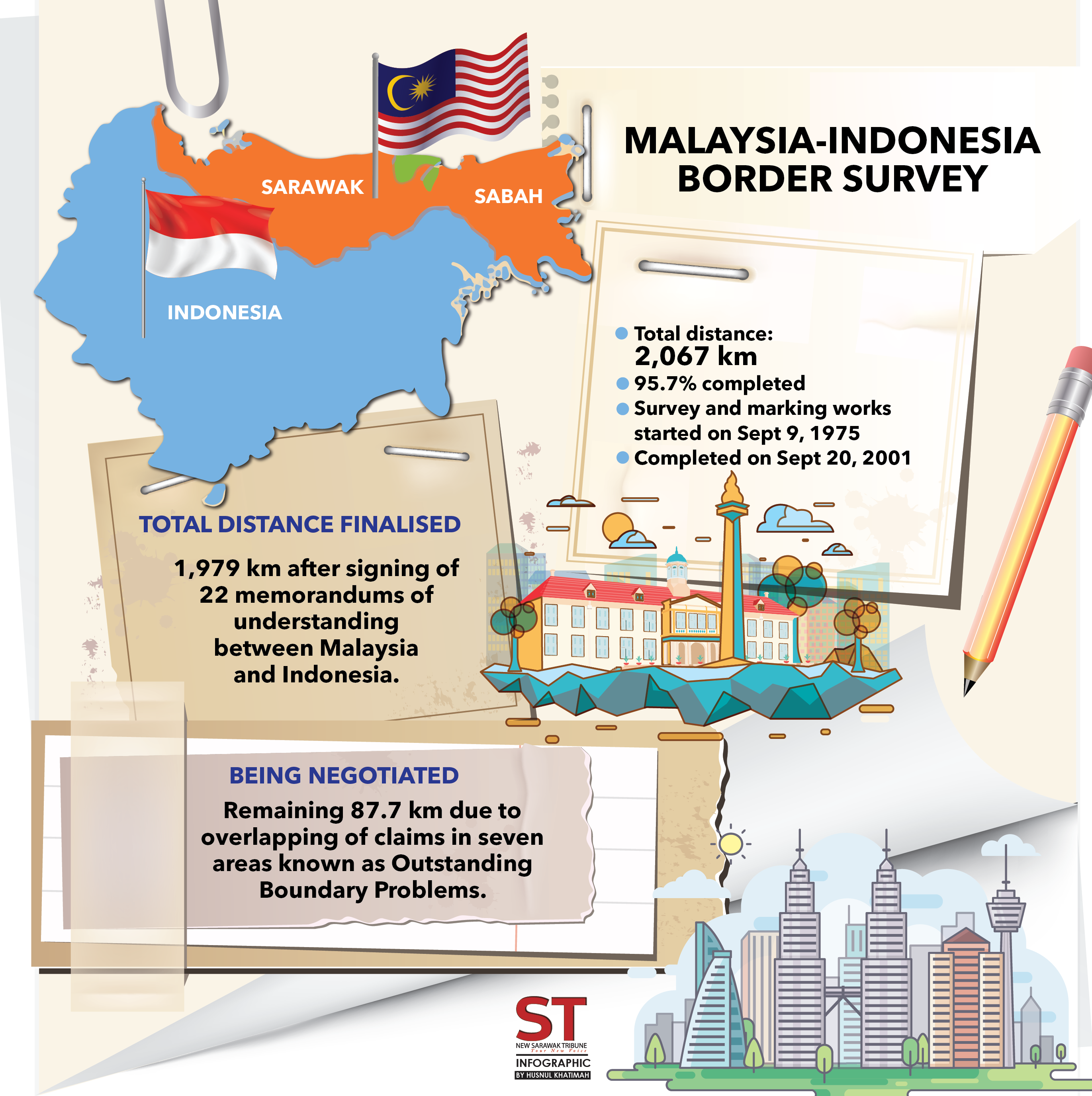 KUCHING: The percentage of completion in terms of the survey works on the Malaysia-Indonesia border is now at 95.7 percent, says Federal Deputy Energy and Natural Resources Minister Ali Biju.

From the total distance, 1,979.3km had been finalised in terms of marking and measurement after the signing of 22 memorandums of understanding between the two countries.

“The marking and measurement work on the Malaysia-Indonesia border is currently being carried out jointly with neighbouring countries by the survey team of the Department of Survey and Mapping Malaysia (Jupem), which is an agency under the Ministry of Energy and Natural Resources (KeTSA).

“The remaining estimated distance of 87.7km is currently being negotiated due to the issue of overlapping territorial claims in seven areas known as Outstanding Boundary Problems (OBP).

“Jupem is also involved with neighbouring countries in implementing maintenance measures to replace signs of international boundaries that have been lost, damaged or that have shifted from their original positions.”

Ali was fielding a question from Senator Datuk Paul Igai during a session in Dewan Negara today.

He said there were various challenges faced by Jupem, among them, the measurement area being located far inland.

“This led to the need for the use of helicopters as one of the methods of access to marking and survey locations.

“Due to the high cost factor, the use of helicopters must require careful planning, especially from the aspect of financial management, to ensure that survey can be completed according to the planned time.”

The Saratok MP said due to the ongoing Covid-19 pandemic, all marking and survey activities of the international border of Malaysia had been postponed for the time being.