Malaysia prepared to seed clouds after air quality in parts of the country reached unhealthy levels due to smog from forest fires in neighbouring Indonesia, an official said. In the latest outbreak, parts of Malaysia’s eastern state of Sarawak on Borneo island have been blanketed over the past few days.

The pollutant index in some places has reached “very unhealthy levels”, said Gary Theseira, special functions officer with the environment ministry. “It is extremely severe in Kuching,” Theseira told AFP, referring to a city of half a million people. 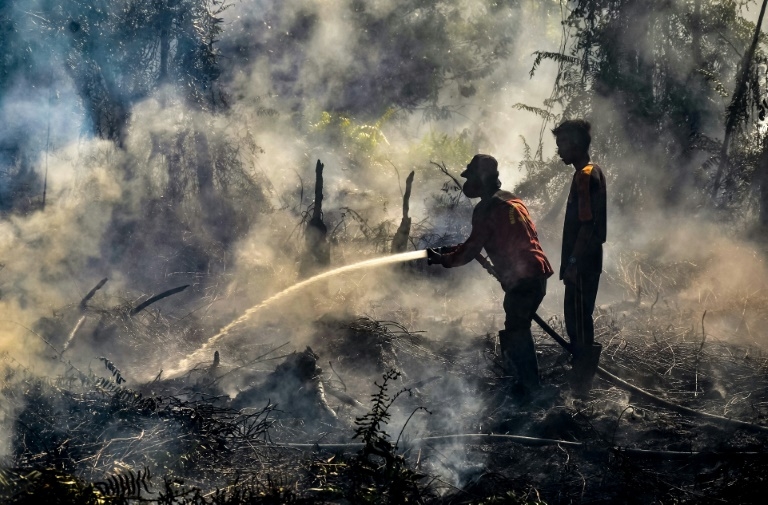 He said Malaysia is prepared to carry out cloud seeding to induce rain in an effort to ease the smog.
“The moment the cloud situation is right, the chemicals will be loaded and the aircraft will take off and proceed with the seeding,” he said.

Some countries conduct seeding during prolonged dry spells to induce rain and clear the air by releasing certain chemicals into the clouds, although some experts have questioned its efficacy. Boo Siang Voon, a 47 year-old engineer in Kuching described the skies as “hazy, hot with smoky smell”.

“This year the smog is getting worse. Residents are using face masks. We should not pay the price of our health for the open burning. We want a solution,” he told AFP.

The Malaysian capital Kuala Lumpur and neighbouring Singapore were also experiencing hazy conditions on Monday, with the air laced with the smell of burning foliage, although the pollutant index remained at moderate levels.

Some Kuala Lumpur residents complained about eye and throat irritation. Malaysia’s meteorological department Sunday warned that hot conditions will prevail for another week, and the monsoon season is only expected to arrive at the end of September or early October.

The ministry of science, technology and innovation on Friday said it would lodge a complaint with Indonesia for the haze and called for quick action to be taken to put out the fires. Indonesian authorities have deployed thousands of extra personnel since last month to prevent a repeat of the 2015 fires, which were the worst for two decades and choked the region in haze for weeks.

Under pressure from neighbours, Indonesian leader Joko Widodo last month warned that officials would be sacked if they failed to stamp out forest fires. – AFP

Business to boom with e-wallet