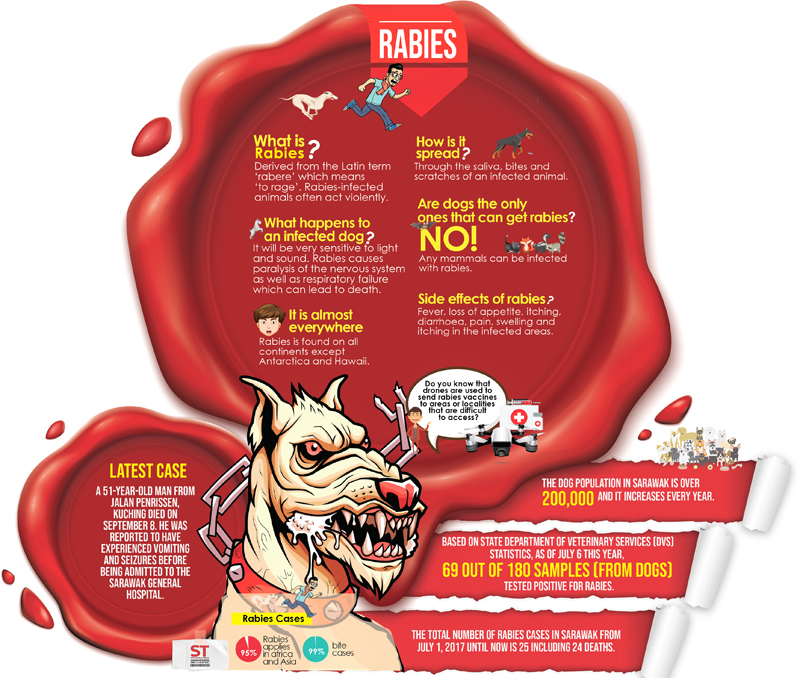 He said this confirmation has raised the cumulative number of rabies cases in the state to 25, including 24 deaths, since the rabies epidemic was declared on July 1, 2017.

Dr Noor Hisham in a statement here today said, the victim was referred to the Sarawak General Hospital on Aug 26 following a back pain which made it difficult for him to move for three days, before he was warded.

“He (the victim) was confirmed infected with the rabies virus by a laboratory test conducted by the Institute of Medical Research on Sept 4,” he said.

Dr Noor Hisham said the victim experienced vomiting and seizures before being admitted to the hospital and was confirmed dead on Tuesday at 6.29 pm due to ‘rabies encephalitis’.

Commenting further, he said the initial investigation had not been able to confirm any history of dog or other animal bites on the victim.

“However the victim had a pet cat and a dog.  The dog has not received the anti-rabies vaccine but it is confined to the house area,” he said.

He added that the animals are fine and have not exhibited any change in behaviour.

He said as Sarawak was not yet free from the rabies epidemic, the Ministry of Health (MoH) advised the public to always take preventive measures to avoid being infected by the disease including cleaning the body parts which had been bitten by a dog or other animals with running water and soap for 15 minutes to remove the effects of saliva and to get immediate treatment if unexpectedly bitten by a pet or wild dog.

“Ensure that pets are given the anti-rabies injection at the veterinary clinic and do not let pets to mix with wild animals before and after getting the vaccine, do not take or pick-up dogs or other animals of unknown rabies vaccine status,” he added.

Dr Noor Hisham also urged the public to seek immediate treatment at a veterinary clinic and report to the nearest Department of Veterinary Services if a pet dog or cat changes behaviour and turn aggressive.

The public are also advised to report to the local authorities if there are stray dogs roaming in their area and always maintain a high level of personal hygiene especially after touching pets. – Bernama 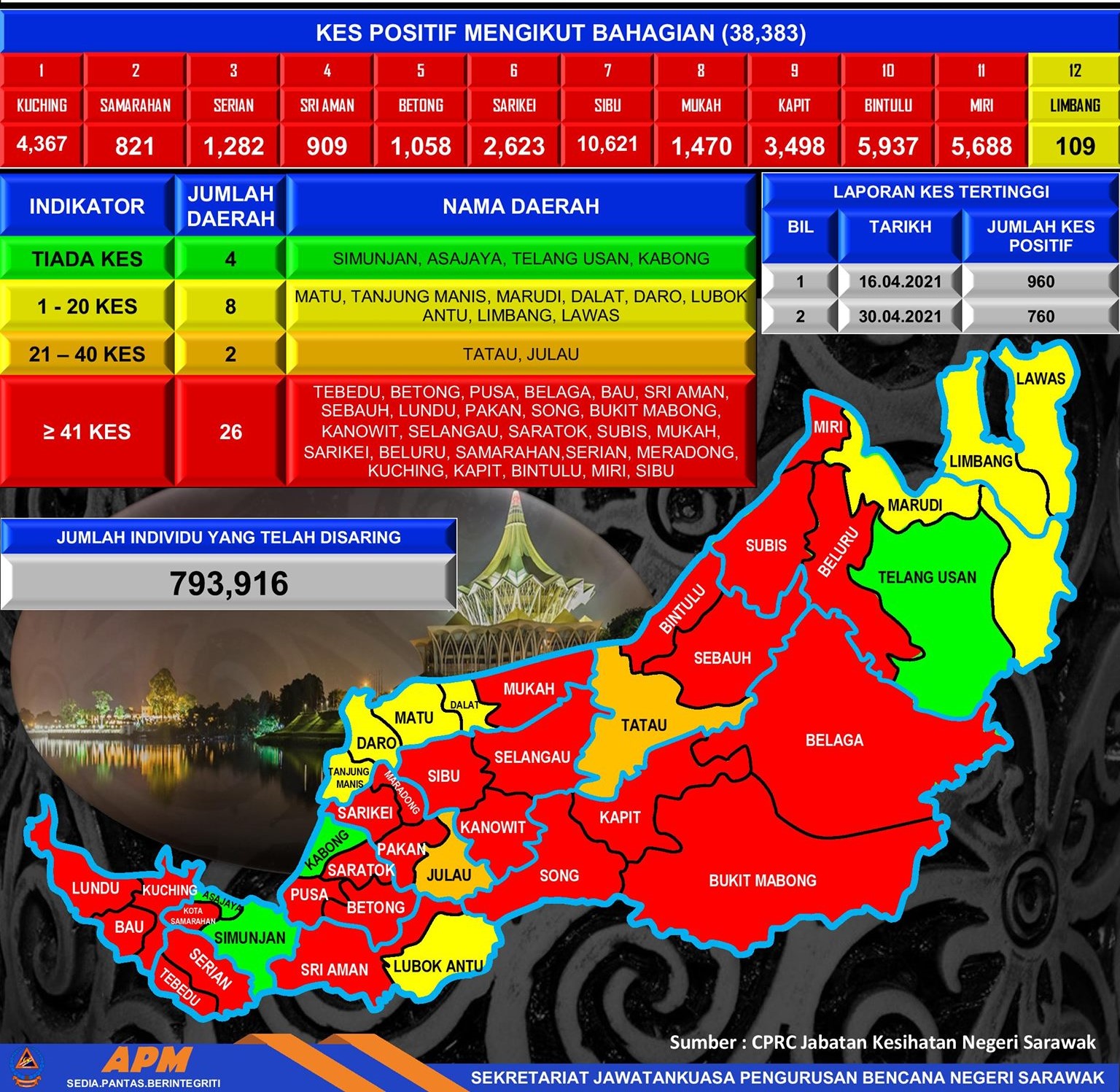