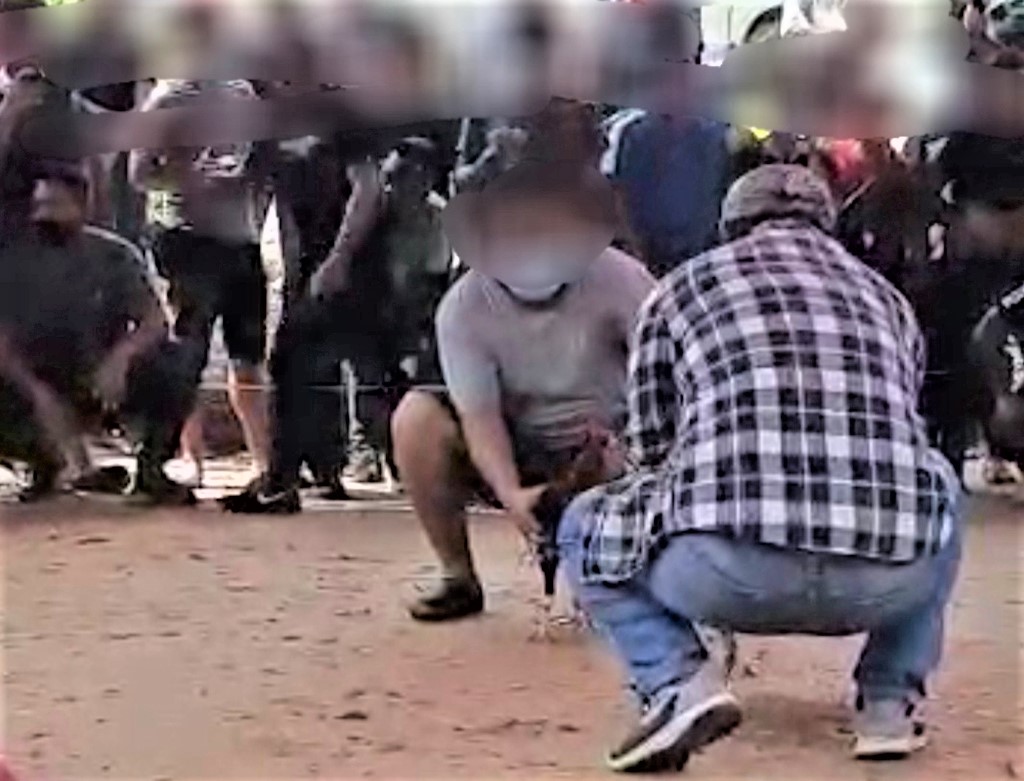 BINTULU: A man was killed by a fighting rooster during an illegal cockfight in this district on Sunday afternoon (Aug 29).

According to Bintulu Police Chief Supt Zulkipli Suhaili, the 42-year-old victim was struck by the rooster’s gaff, a razor-sharp steel blade attached to a leg of a fighting cock.

He said that the blade slashed the man’s left thigh slicing his femoral artery.

He was quickly taken Bintulu Hospital but died on arrival.

Supt Zulkipli said that the accident happened inside an orchard at Batu 21, Jalan Bintulu-Miri, Bintulu around 2.30pm Sunday.

Police is investigating the case and classified it as sudden death (SDR).

On Monday (Aug 30), acting on a report on the man’s death and a video circulating on social media a team of Bintulu police detained six local men aged 31 to 53 in the probe into the case.

The arrests were made around 1.30pm. Amongst those arrested are a longhouse chief and the orchard owner.

In the video clip, the unfortunate man was holding his rooster for the fight when it panicked and lashed out with the leg that had the sharp blade attached.

All suspects will be brought to Bintulu Magistrate Court tomorrow (Aug 31) to get them remanded.

For cockfighting offences, the suspects could face up to three months’ imprisonment or a fine of RM1,000.

For breaching the public health standard operating procedures (SOPs) they can be compounded not exceeding RM50,000.

Bintulu Police has reminded the public to always adhere to the (SOP) by maintaining social distance, not gathering in large numbers and not organising or participating in any prohibited activities.