KUCHING: The current Sarawak government needs a new mandate to ensure stability of the state administration.

“A close example is the current Perikatan Nasional (PN) federal government which has been labelled as a ‘backdoor government’. Whatever they are doing, despite adhering to the constitution, they are exposed to issues.

“A mandate shows the support of the people towards a government,” he told New Sarawak Tribune in a telephone interview on Thursday (July 29).

Fadzil said with the support of the people and the majority attained in Parliament or the state assembly, a government would be able to make convincing decisions.

“This will certainly lend an advantage to the administration. So in this context, it is crucial to get the mandate of the people as well as two-thirds majority.

“By doing so, there will be no disputes and issues such as a weak government as it is represented by leaders who are chosen by the people,” he said.

Awang Azman said with the government in power beyond its state legislature term which ended on June 6, it is only in place due to the Emergency as a care-taker or an interim government. 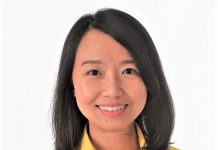 Decide election based on facts and figures