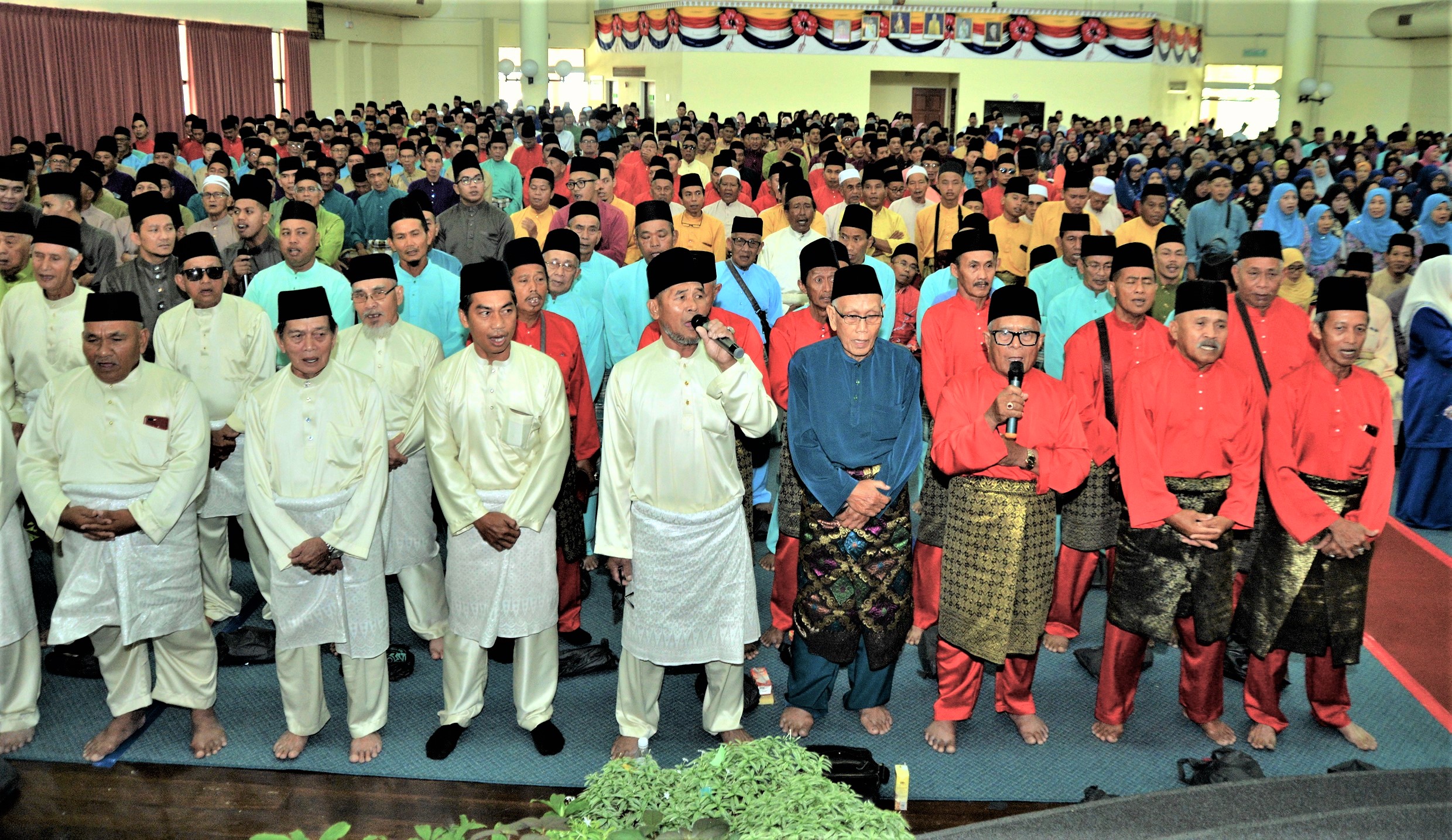 Also, 120 dhikr groups from all nooks and corners of Sarawak were in town to catch a glimpse of Chief Minister Datuk Patinggi Abang Johari Tun Openg.

The programme, organised by Persatuan Berzanji Negeri Sarawak (PBNS) was done to provide an opportunity for all dhikr groups across Sarawak to bridge their ties.

The launch of the programme was done with a ‘beduk’ strike by Abang Johari amid the rendition of dhikr by the participants.

The programme was a continuation of a similar programme held by PBNS in 2012. Interestingly, the previous programme was also when the association etched its name in the Malaysia Book of Records (MBOR).

It set a record acknowledged by MBOR for non-stop dhikr ceremony which went on for 24 hours beginning from 9am on March 10, 2012 until the next day at Masjid Darul Na’im in Batu Lintang, here.

As for the Kenduri Rakyat programme, it enabled the people to meet, mingle and enjoy their meals together with their leaders.