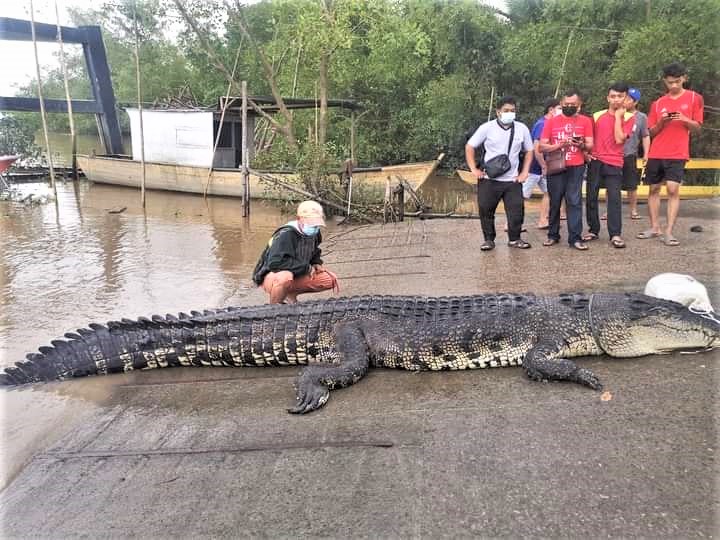 SCH patron Datuk Idris Buang said fresh chicken baits were set at five different locations along the river around 11am on Tuesday (March 9).

The black coloured reptile was believed to have taken one of the baits placed at Sungai Meranek during the midnight tide last night before the hunting operations was activated around 11am this morning.

The SCH team only found the lead around 1pm at a distance of about four kilometres from the location where the bait was set.

“The team then managed to capture the crocodile soon after but the process of bringing it on land was delayed until 4pm due to technical problems involving lack of equipment.

“There is a strong possibility that this giant crocodile is linked to two separate cases of the disappearance of two Samarahan residents in the past three months.

“This crocodile is the 11th that we have caught so far but it is definitely the biggest we have ever caught,” he said when contacted by New Sarawak Tribune earlier today.

Idris, who is also Muara Tuang assemblyman, added that the crocodile hunting operations will continue until Friday to detect more predators in the river.