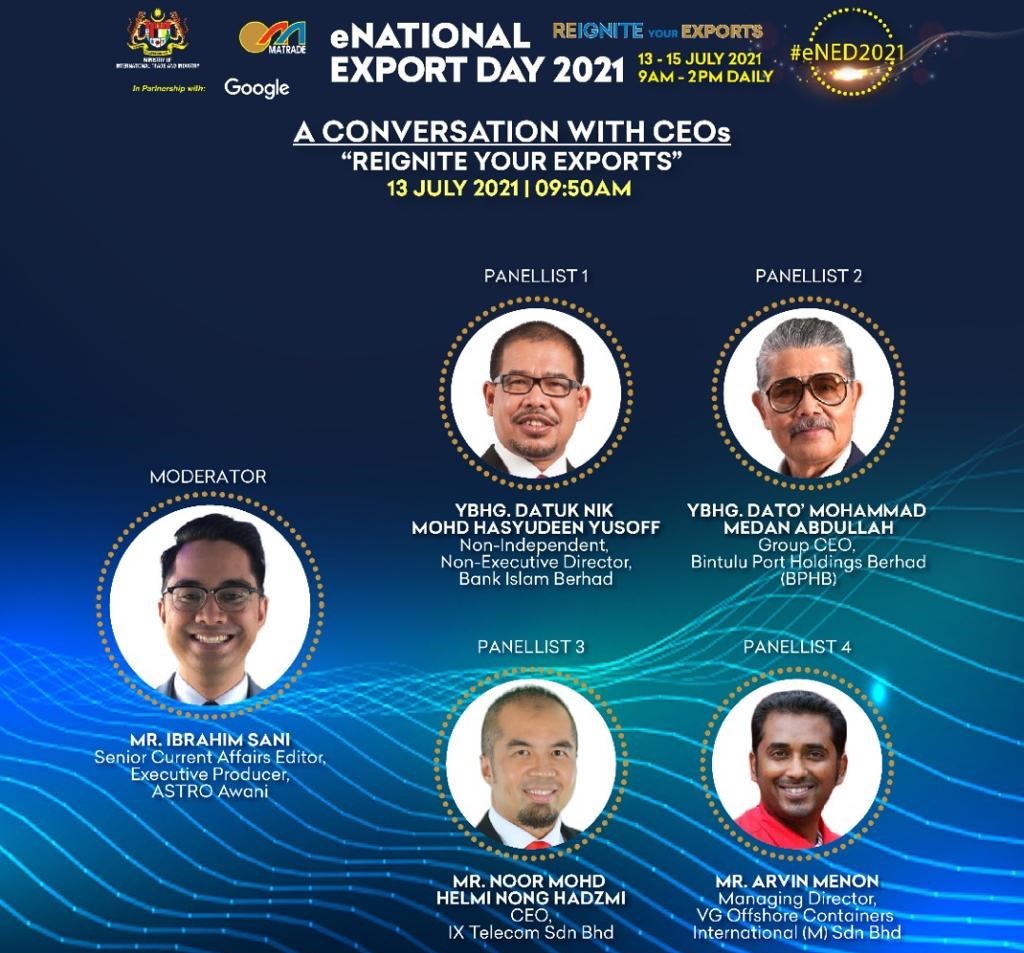 KUCHING: The Malaysia external Trade Development Corporation (Matrade) has been commended for demonstrating proactiveness despite numerous challenges posed by the Covid-19 pandemic.

He noted that Matrade has switched to online and digital platforms to achieve the same business objectives and outcomes as previously contemplated..

He said this when commenting on the eNational Export Day 2021 (eNED@2021) conducted virtually by Matrade on Tuesday (July 13). Themed ‘A conversation with CEOs – Reignite Tour Exports’, the event attracted a total of 1,527 participants.

Medan, who was one of the panellists during the first session said: “Matrade has demonstrated proactiveness, courage to try new things and keeping the burning desire to forge ahead no matter the challenges.

“I believe this is the kind of spirit we all need to nurture. That’s a strong part of what makes for a winning formula for the nation,” he added.

There were three plenary sessions held during the eNED@2021which included; “A Conversation with CEOs, Panel 1 on Strategy, and Panel 2 on Finance” with three moderators and 11 speakers respectively.

A total of 148 questions were received throughout the sessions.

Considering this was the first time it was done, Medan said the event went well as scheduled, and except for some minor technical glitches, which would be ironed out in the remaining parts of the programmes.

The main idea behind the eNED@2021 is to promote to Malaysian exporters and so far a total of 2,747 registrations was recorded.

Medan said most of the feedback received were very positive and praised Matrade on the organisation, line up of panellists and topics discussed.