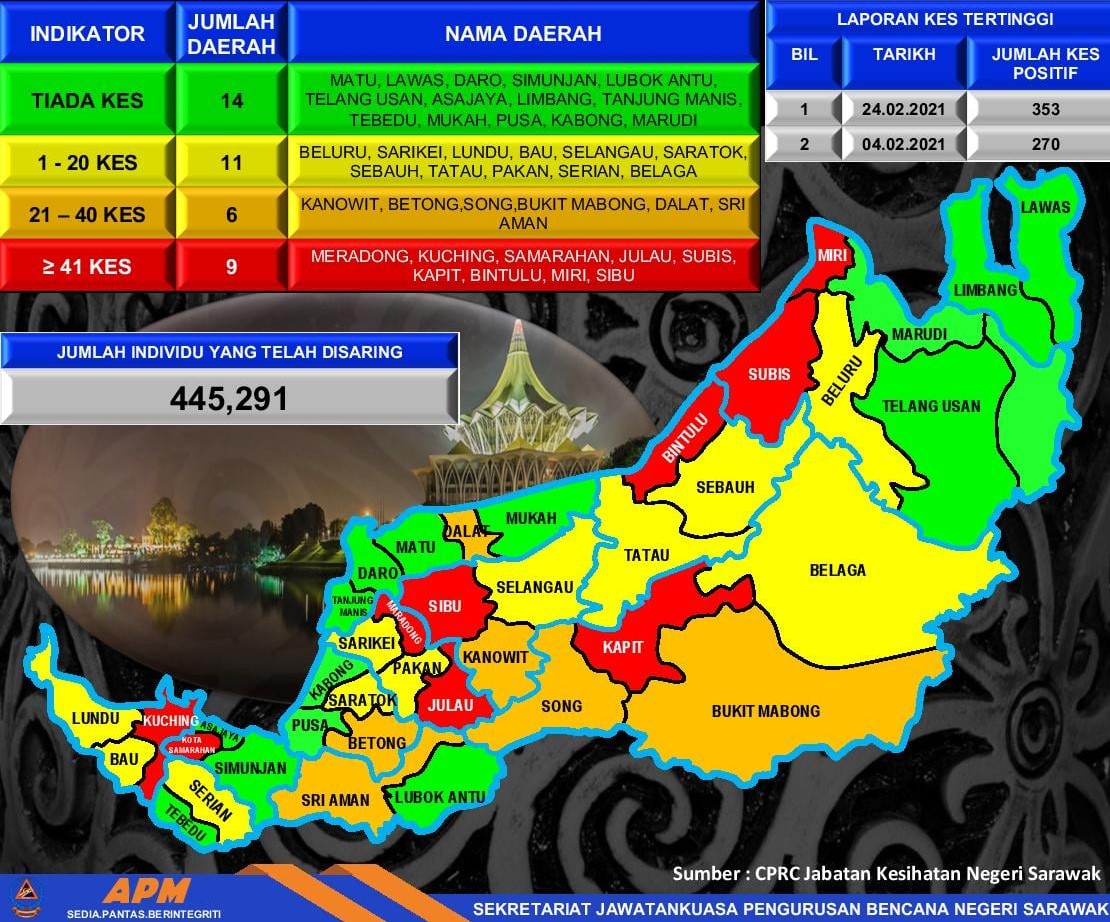 KUCHING: Matu District has turned green today (Feb 25) after no new local infection cases were reported in the last 14 days.

In a statement today, the Sarawak Disaster Management Committee (SDMC) also announced that Beluru District had changed its status to yellow after only reporting 20 local infection cases in the last fortnight.

“The districts of Meradong, Kuching, Samarahan, Julau, Subis, Kapit, Bintulu, Miri, and Sibu remain red with a total of 2,360 local infection cases reported in these nine districts in the past 14 days,” they said.

They said 248 new cases had recovered and been discharged from hospitals today (Feb 25), comprising 149 from Sibu Hospital, 43 from Miri Hospital, 27 from the Low-Risk Treatment Centre (PKRC) under Kapit Hospital, 25 from Sarawak General Hospital (SGH), three from Sarikei Hospital, and one from the PKRC under Sri Aman Hospital.

“This brings the total number of recovered and discharged cases to 6,484 or 73.11 percent of total Covid- 19 cases in Sarawak,” they said. 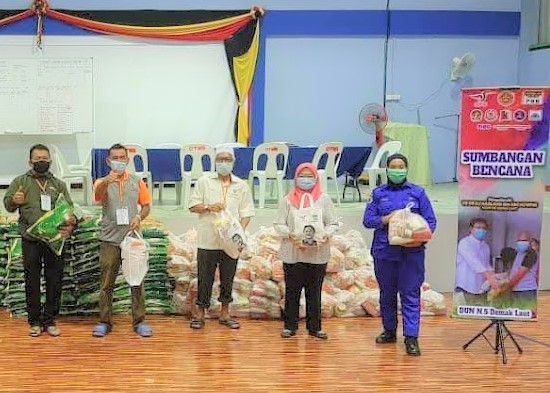