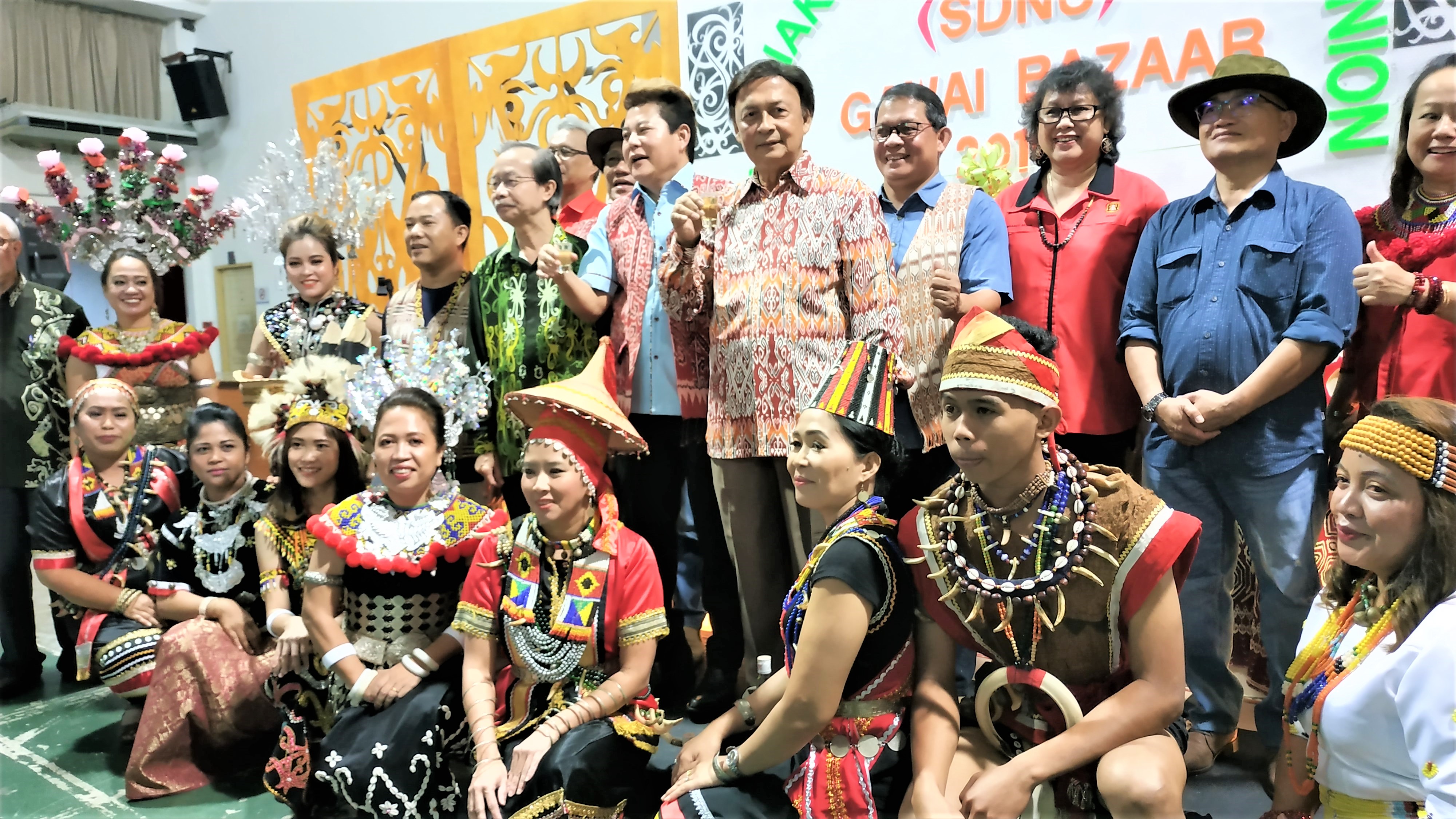 According to Mawan, such a body was necessary so that proper protocol, customs and tradition of Gawai could be observed and also to raise its status.

He said as Gawai has been held for generations by the Ibans, Bidayuhs and Orang Ulus, it is time for it to be upgraded and organised according to its proper customs and traditions.

“As it is now Gawai can start very early and end very late because there is no authority to say when to start and when to stop,” he said.

Mawan performs a toast at the opening ceremony of the SDNU Gawai Bazaar 2019 earlier today.

He said without proper authority and protocol, the festival could be hijacked, abused and misused by certain groups and individuals for their own interest.

On the so called national-level Gawai held in Bintulu last Saturday and attended by Multimedia and Communication Minister Gobind Deo, Mawan said it was organised by certain individuals without collaboration with bodies representing the Ibans, Bidayuhs and Orang Ulus.

“It would be a better protocol if the organiser had consulted the state government and the three bodies representing the Ibans, Bidayuhs and Orang Ulus,” he said.

According to Mawan only a few persons were involved in organisng the celebration and they did not do it properly, adding that it has caused a very different perception of Gawai.

“It’s not a matter of you putting on your baju (Gawai attire and accessories). If the Gawai involves a miring ceremony, then after that where are you going to send your miring and who has the authority to decide on that?

“You also cannot just beat the gongs as you like. There is the norm; there are certain practices, certain customs and traditions associated with it and they must be observed,” he said.

Hence, he said it would have been proper if it had involved participation and collaboration from these associations representing the three communities.

“What we wanted was it to become a social forum for solidarity and maintain the customs, traditions, norms and practices,” he said.

Mawan further said Gawai can be celebrated anywhere including in Kuala Lumpur but it has to get the understanding and cooperation of the state authorities and the various Dayak associations.

He said SDNU has been instrumental in the formalising of Gawai Dayak as an official celebration of the Dayaks and is ever ready to assist in organising it.

“When Gawai was officially fixed for June 1 63 years ago, along the way we have broadened the scope of the celebration.

“We rotate the host of the state-level Gawai with the three communities collaborating and cooperating in organising it, and that should be the way,” he said.

The Bidayuhs are the host for this year’s state-level Gawai celebration.

The SDNU Gawai Bazaar 2019 started today and will end on May 24. More than 60 stalls selling various types of products are operating at the festival venue.

admin33
I am a web developer who is working as a freelancer. I am living in Saigon, a crowded city of Vietnam. I am promoting for http://sneeit.com
View All Posts by Author
24 qualify for Miri Gawai Dayak pageant finale
Previous Post
Ten beauties for Dayung Gawea Tematu final