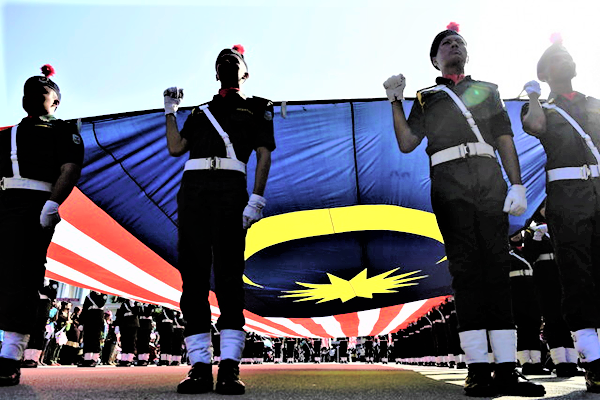 KUALA LUMPUR: The bloody May 13 racial riots of 1969 should be a lesson for the multiracial people in the country to recognise the importance of staying united in order to maintain peace and live in harmony.

For Universiti Kebangsaan Malaysia’s Institute of Ethnic Studies principal research fellow Professor Datuk Dr Teo Kok Seong, the tragedy which occurred 50 years ago was also an important lesson to the government in ensuring the country’s development.

“The May 13 tragedy is a true reminder of the Malay proverb kalah jadi abu, menang jadi arang (the loser turns to ashes, the winner to charcoal) because racial conflict will not do any good to any race in the country, except tarnishing the image of the country in the eyes of the world,” he told Bernama.

He said the tragedy also demanded respect for the social contract (Federal Constitution) on the status of Islam, national language, special rights and privileges of the Malays and natives of Sabah and Sarawak, as well as sovereignty of the Malay rulers.

“The people should always be reminded of that bloody incident, not only to enable them to self-reflect but most importantly to ensure that it will not recur, that is by maintaining good relationship among the races and ethnic groups,” he said.

However, Teo did not deny that racial harmony in the country could once again be shaken by the global rise of ethnopopulism, an ideology that leads to a division of society into two groups based on race and religion, potentially disagreeing with each other.

Therefore, he said politics practised by any party in this country should focus on racial unity that should be improved in Peninsular Malaysia and on having better regional integration between the peninsula, Sabah and Sarawak.

Meanwhile, Universiti Utara Malaysia’s College of Law, Government and International Studies dean Assoc Prof Dr Ahmad Marthada Mohamed called for all politicians to stop playing on racial sentiments and sensitive issues that could cause racial tension in the country.

He said in the effort to prevent racial riots from recurring, the government must also take stern and immediate action against those who raised racial sentiment and insulted a religion.

“In this era of technology, there are people who are keen on giving extreme comments on social media. If no action is taken against them, this will prompt others to do the same and such a provocative action is very dangerous to national harmony,” he said.

Besides, he said the government should continue empowering the Malays and Bumiputera, especially those in the low-income group, and reducing the economic gap between races.

“Among the causes of the May 13 tragedy was because the Malays felt they were lagging too far behind in economy, hence the introduction of the New Economic Policy,” he said, adding that aid and assistance to deserving non-Malays must not be neglected.

Based on the official statistics, the bloody racial riots which occurred from May 13 to July 31, 1969, had claimed the lives of 196 people even though certain quarters estimated the number to be higher.

It is reported that the tragedy, which occurred after the country’s third general election, had also left 6,000 people homeless and at least 211 vehicles and 753 buildings damaged or destroyed in fire. – Bernama