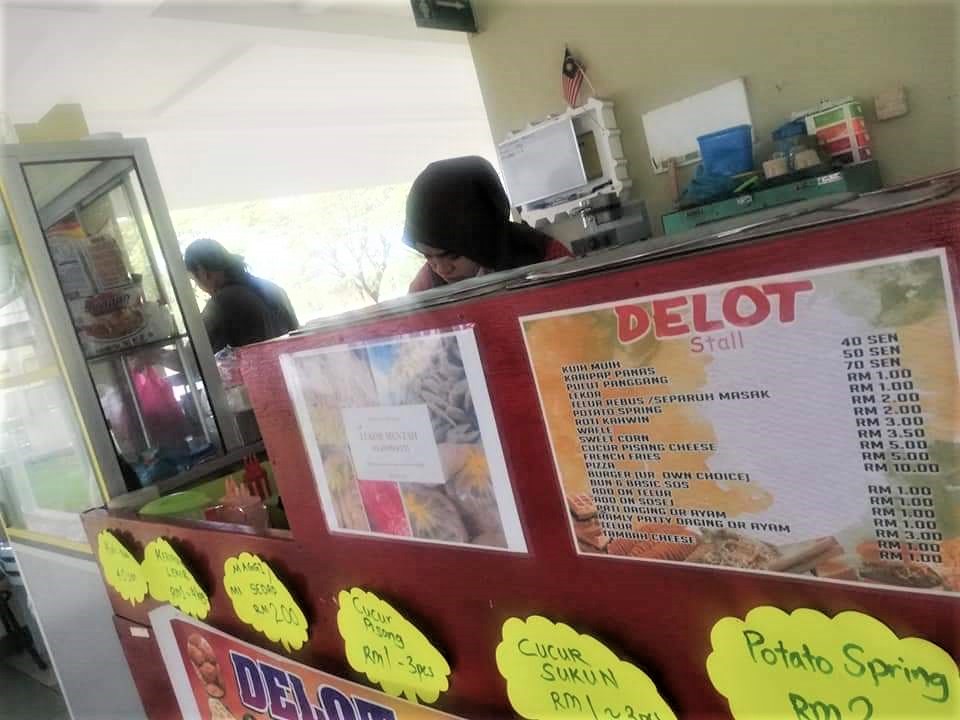 MCO no damper on food trader

MUKAH: Known by the name ‘Delot Stall’ and selling square pizzas under the name of ‘Pizza Papeyk Homemade’, Fadzilah Zaffarin, 35, admits that it has not been easy for her to continue doing business in a time when everyone’s attention is on curbing the spread of the Covid-19 pandemic.

Until now, Mukah remains a Covid-19 green zone, while its closest neighbours, Dalat and Sibu, showed an increase in Covid-19 cases.

However, it did not break the spirit of the Kampung Tutus Hilir native to continue with her business according to the standard operating procedure (SOP) guidelines introduced.

Apart from selling pizza, Fadzilah is also well-known through the sale of various types of foods including keropok lekor (fish cracker snacks), chicken satay and many other delicacies.

“After the movement control order (MCO), I also started selling food at the Bangunan Pehin Mukah canteen. At first, I could earn up to RM300 a day, but now, it is difficult to even get RM100,” she told New Sarawak Tribune sister daily, Suara Sarawak.

Fadzilah said her stalls, which operate daily from noon until late noon in Mukah town, are also experiencing a decline in the number of customers and the situation has forced her to close one of her stalls.

“I decided to close one stall because the daily turnover was very low and it was not enough to accommodate and pay the workers.

“I now rely on part-time workers, especially those who are waiting for their examination results before furthering their studies,” she said.

Currently, Fadzilah can only earn between RM200 to RM300 depending on the situation.

She added that the flood that occurred a few weeks ago has damaged two machines belonging to her family which had helped her to produce sales products including kuih kering (cookies) and pizza.

Taking a drastic step, Fadzilah is now shifting gears and supplying her keropok lekor to Miri, Tatau, Bintulu, Matu and Daro in an effort to stabilise her income.

“My keropok lekor sales hit the hardest by the MCO. Before, I could sell more than 100kg a day. Now, I can only sell 50kg a day.

“The prices of fish have been on the rise since December and costs of other food have also increased.

“My mother, who sells tebaloi (sago biscuits), is also affected and had to diversify her products including selling grated coconut.

“Since the recovery movement control order (RMCO), the sales of tebaloi have decreased because no tourists came to visit Mukah,” she said.

Additionally, her pizza sales are also experiencing a number of new competitions as many competitors had acquired the necessary skills to produce their own pizzas.

“I only make pizzas on weekends and there are many requests from areas namely, Oya, Uitm Mukah and others.

“Only with these requests can I send orders and it can help increase my sales,” she said.

Recalling a time when she was running her business at Tapak Dana Kala Mukah, which is now closed, she said she was able to earn more than RM1,500 in three days.

“Our earnings used to be the same as the revenue we earned in five working days even though it only operated from 3pm to 6pm,” she said, hoping that the locals would continue to support her business.

Be aware of investment fraud
Previous Post
Made-in-Sarawak chocolates, anyone?