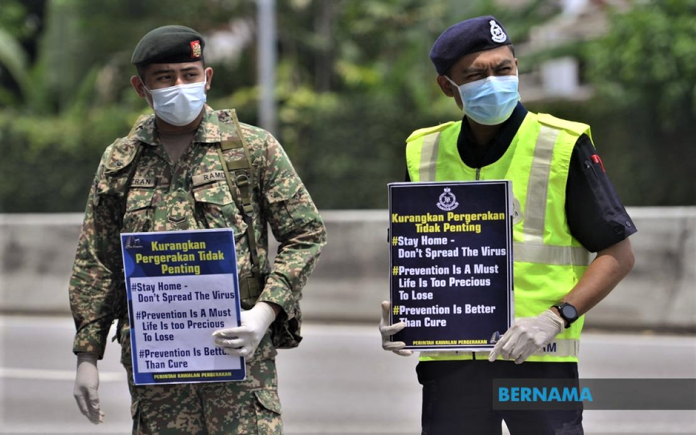 SUNGAI SIPUT: A mechanic became the first person to be charged in connection with the Movement Control Order for obstructing a public servant from discharging his duty in enforcing the 14-day order which took effect last March 18.

S. Punniamurthy, 33, pleaded guilty to the charge in the Magistrate’s Court here today after it was read out before Magistrate Norhabsarina Ayob.

Punniamurthy was charged with voluntarily obstructing a police officer from discharging his public functions by refusing to produce his personal identification document and pushing the police officer concerned in front of his house at Persiaran Orkid 8, Taman Orkid, Sungai Siput (U) last Friday.

The charge, under Section 186 of the Penal Code, provides an imprisonment for up to two years, or maximum fine of RM10,000, or both, if found guilty.

Deputy public prosecutor Jean Siow Chung Hwei requested the court to impose the maximum penalty as a lesson to the accused and also the society.

In mitigation, lawyer Nurul Hanis Mohd Zaini , from the National Legal Aid Foundation, who represented Punniamurthy, said the accused, who earned RM1,500 a month, has to care for his mother and that he had never been convicted of a crime. – Bernama