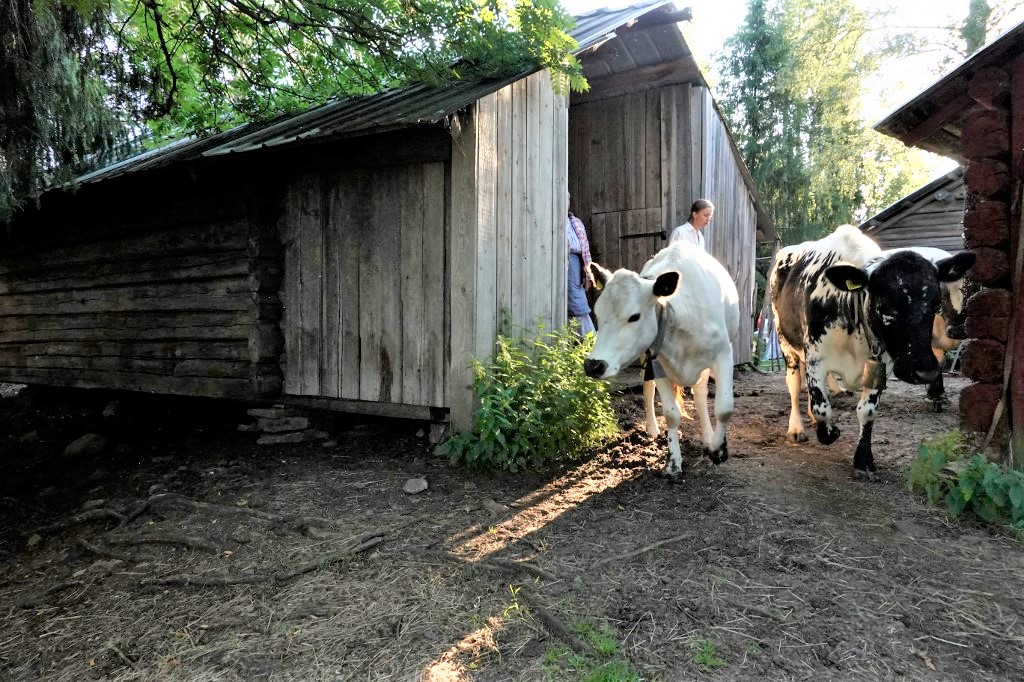 MALUNG, Sweden: Jennie Tiderman-Osterberg lets loose a high-pitched call into the Swedish forest, her voice rising and falling in a haunting, eerie melody.

The echo reverberates through the woods and moments later, three cream and black cows emerge from the trees. The bells around their necks jingle as they make their way towards her to return to their shed.

This is kulning — a form of Scandinavian cattle-calling dating back to the Middle Ages.

Once these calls rang out from summer farms across central Sweden as farmers brought their animals back from the woods after a day of grazing.

Many of the farms vanished as Sweden industrialised in the mid-19th century, but kulning has grown in popularity in recent decades.

Prestigious music schools now offer courses and the hypnotic and entrancing art was even featured in the 2019 Disney movie “Frozen II”.

Tiderman-Osterberg’s lifelong passion for music started with a childhood obsession with opera, before going through a punk drummer stage. She is currently doing a PhD in musicology.

Hearing kulning changed her life, she said, as she fell in love with both the art form and its cultural origins.

“The first time I used kulning, it felt almost as if my feet were growing roots,” she said.

“I decided that it was my life’s mission to spread knowledge” about kulning and other fabod traditions, said the tattooed musician dressed in a pinafore, cotton dress and head-covering harking back to the 19th century.

Traditionally fabod women would take cows and goats to graze in the woods to ensure they did not eat the crops grown on arable land.

When AFP caught up with Tiderman-Osterberg in July, she was visiting the Arvselen fabod in the central region of Dalarna, practised calling the farm’s cows back from the forests.

Owner Tapp Lars Arnesson returned to his family farm after a career as an actor, attracted by a simple life in the countryside.

“For me there’s nothing better,” he said, standing outside one of the farm buildings, a trilby pulled down over his eyes. “This is the real life.”

He has maintained the group of little red traditional buildings without electricity and still lives off the land, growing vegetables and milking his three cows.

His fabod is one of only around 200 left in Sweden, down from tens of thousands in the mid-19th century.

And only a handful keep kulning alive.

Tiderman-Osterberg is planning to tour Sweden this summer with fabod farmers to give lectures and kulning demonstrations to raise awareness.

Its rising popularity means the high-pitched, wordless call is now also practised as an art, with concerts given around the country.

At Stockholm’s Royal College of Music, a small group of students are spread out into the corners of a dimly lit auditorium, responding to their tutor’s call with melodious ones of their own.

They learn to project their voices as farmers in the forest would have done to reach animals kilometres away.

“People want to learn kulning because there is something intriguing about using your voice in this powerful way,” said Susanne Rosenberg, a folk singer and professor who started the course.

Rosenberg’s students come from a variety of backgrounds. “They could be an opera singer… (or) someone who just wants to call the kids home for dinner,” she said.

Enthusiasts also offer courses outdoors, with or without cows.

On a farm near Gnesta south of Stockholm, tutor Karin Lindstrom troops across verdant hillsides followed by a dozen students.

Standing in a field as mosquitoes and gnats buzz around, her dozen students start with short sounds, building up until they are ready to attempt their own cattle calls.

Few will ever use their new skills to round up cattle, but Lindstrom said the centuries-old tradition had other benefits.

“The personality is very closely (linked) to the voice and many people have not been able to express themselves,” she said.