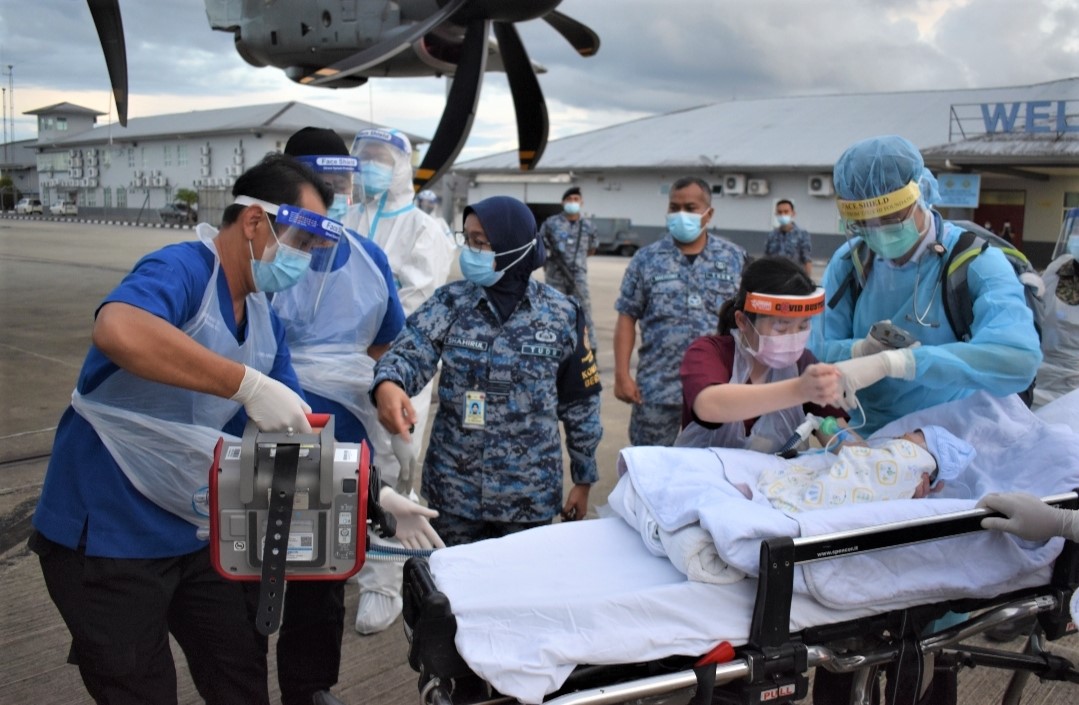 Mercy flight from Kuching-Subang to save babies

KUCHING: Three babies in need of immediate medical treatment due to their heart problems were flown by the Royal Malaysian Air Force (RMAF) to Subang Air Force Base on Friday night.

The babies, who were referred to the respective hospitals by Sarawak General Hospital (SGH), were accompanied by their mothers aboard RMAF’s A400M aircraft.

They departed Kuching at 7.07pm and arrived safely at Subang at 8.43pm.

One of the babies, Eliora Mia Nawan, who is 20 day-old, suffers from transposition of the great arteries. She will be treated at the Gleneagles Hospital in Ampang.

The air force said special flights such as the one that night would enable patients to seek treatment immediately. The service is subject to certain conditions, especially advice from medical officers.

It is a way for the RMAF to carry out its social responsibilities and proves that its assets are always ready for non-military use.