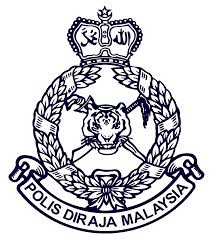 SIBU: The collaged picture of three suspected members of a terror cell “Islamic State” wanted by the authorities in the country for planning jihadist suicide attack during this month of Ramadan have been circulated among the public here via WhatsApp.

Included in the picture was the message saying the suspects, two 27-year-old men from the state of Kedah and an Indonesian construction worker whose last address was in Banting, in the state of Selangor, have entered Sarawak and are now in Sibu or Bintulu to execute attacks on churches in the two Divisions.

The Christian community expressed concern over their safety particularly when attending mass services at their respective churches, fearing the Easter Sunday bombings at churches in Sri Lanka last month could happen to them.

“There is no truth related to the matter which has gone viral among the public,” he said and advised them to be calm.

He however did not tell if there had been any parties lodging reports on the matter or requesting for police presence at their churches during mass services.

The pictures of the suspects were released by the police following the arrest of four Islamist militants belonging to the Daesh group two days ago.

The four were two Rohingya Muslims from Myanmar, an Indonesian and a Malaysian who were in possession of explosives and planned to attack non-Muslim places of worship during the month of Ramadan.

Malaysia has been on high alert since Islamic State’s series of attacks in Indonesia in 2017. – Bernama