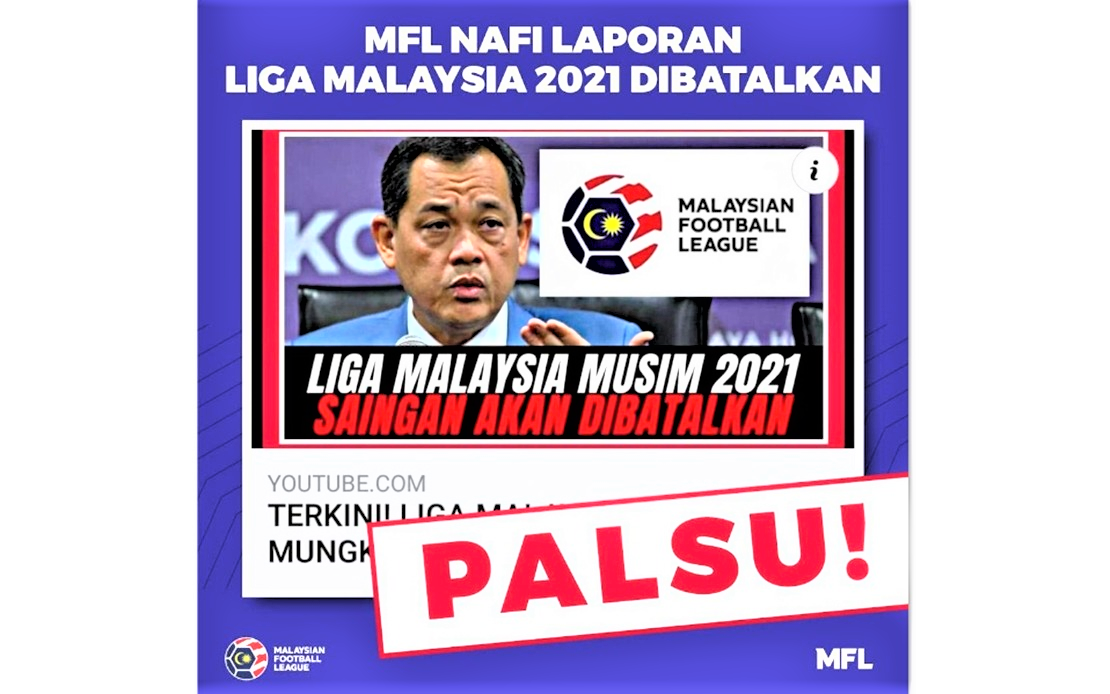 KUALA LUMPUR: The Malaysian Football League (MFL) has denied claims that the 2021 Malaysia League (M-League) competition will be cancelled.

Ab Ghani Hassan said MFL was disappointed with the fake report, which also gave a negative impact on sponsors as well as government agencies who have helped with planning the upcoming season.

“I wish to deny the news report saying that the 2021 Malaysia League season is cancelled, and MFL president (Datuk Hamidin Mohd Amin) has confirmed that he did not give any statement to any local media or blog.

“I regret the fact that some parties are trying to thwart our efforts to ensure that the Malaysia League season 2021 runs as usual, through this fake news,” he said in a statement on MFL’s official Facebook page yesterday.

Ab Ghani said MFL and the National Sports Council (MSN) in a recent meeting held online had also discussed and reviewed the mechanism to hold the 2021 M-League during the movement control order (MCO).

He said the meeting was held to ensure that the Malaysian footballing calendar runs as planned in accordance with the standard operating procedures (SOP) set by the Ministry of Health Malaysia (MOH).

The statement also revealed that MFL, as the governing body of the M-League, will issue a media statement regarding this year’s local footballing schedule by next week.

“Changes from the schedule are expected to occur following the enforcement of the MCO and that cannot be denied, but God willing, the cancellation of the 2021 Malaysia League season will not happen,” he said. – Bernama