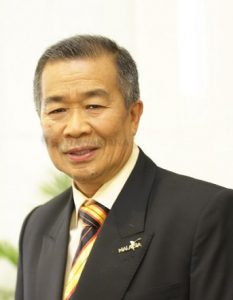 THE Micro Credit Scheme is open to all entrepreneurs in the state.

“The scheme which was announced by Chief Minister Datuk Patinggi Abang Johari Tun Openg is quite special because it is open to all entrepreneurs, whether they are Bumiputera or not.

“The scheme offers a maximum loan of RM50,000. If the loan is RM10,000 and below, applicants are only charged with a two percent administration fee.

“If the loan is more than RM10,000, applicants would be charged four percent based on declining interest.

“It can be accessed online and will be approved in about two weeks or within 30 days,” he said in reply to a question from Ripin Lamat (GPS-Lambir).

Despite it being an open-to-all concept, Naroden noted that the scheme is targeted towards cottage entrepreneurs, especially those from B40 group.

“This is because the state government wants to see those who are in the cottage industry to develop and move forward,” he said.

The cottage industry is a business or manufacturing activity carried on in homes. Majority of the industry players do not own a business licence and do not keep records of their sales.

“Nevertheless, about 4,745 local entrepreneurs including those from the cottage industry have been taking part in promotional activities organised by the ministry in collaboration with other agencies from 2017 to October this year with total sales of about RM89.83 million collected by the entrepreneurs,” he continued.