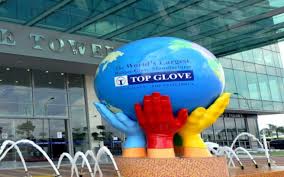 “Our new TP is based on -0.5 standard deviation (SD) of 10-year price-to-earnings ratio (PER) mean of 18.9 times, as we take into consideration the works that can be done to further improve its employee welfare,” MIDF Research said in a note today.

Commenting on the world’s largest rubber glove manufacturer’s employee welfare which is currently under scrutiny, the research house said time is required to show substantial improvement.

“We acknowledge that considerations on environment, social and governance (ESG) weigh higher in sustainable investing.

“The past issues Top Glove encountered had somewhat dampened some of its ESG aspects, and we opine that the company may need some time to rectify them,” it said.

Among others, it said the company had committed to improving its employees’ accommodation by setting aside a budget to purchase and/or build better housing for them.

Yesterday, Top Glove said in a bourse filing that it had committed to a 20 per cent special dividend to reward its shareholders, in consideration of its good profit performance and strong cash flow.

The company said this was in addition to its existing dividend policy of a 50 per cent dividend pay-out ratio on profit after tax and minority interests (PATAMI), for the second quarter of financial year 2021 (Q2 2021) to Q4 2021 ending Aug 31, 2021.

MIDF Research said it was positively surprised by the announcement as this is higher than the 56 per cent payout ratio announced in December 2020 in conjunction with the release of the company’s first quarter results ended Nov 30, 2020 (Q1 FY21).

“We believe that Top Glove will still be able to fulfil its capital requirements even with the higher pay-out ratio, considering its improving operating cash flow,” it said.

On this basis, the research house has increased its dividend per share (DPS) assumption to 69.0 sen from 55.0 sen previously, which translated into a dividend yield of 12.5 per cent for financial year ending Aug 31, 2021 – estimate (FY21-E).

“We notice that sentiment for the glove companies has turned negative, accompanied by the flurry of news revolving Covid-19 vaccines, but channel checks reveal that demand for gloves remain strong with positive momentum for average selling prices,” it said.

It added that delivery time for nitrile gloves is expected to be more than one year.

“All things considered, we believe that Top Glove is on track to deliver record results in FY21-E,” it said.