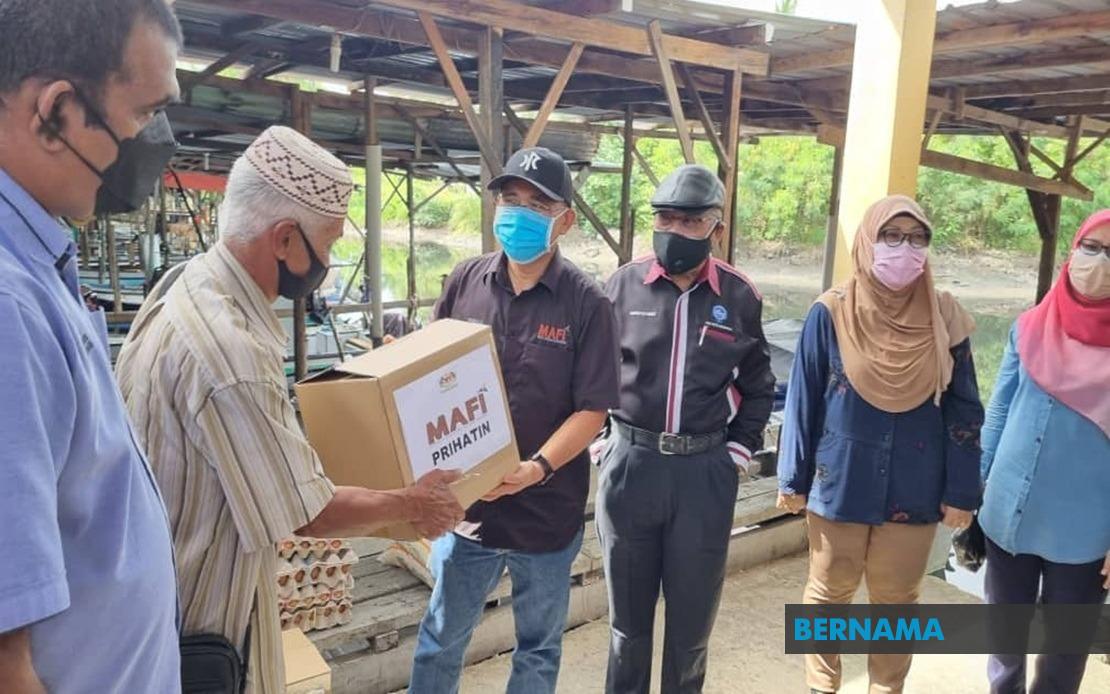 PUTATAN: The Ministry of Agriculture and Food Industries (Mafi) has issued over 100,000 travel permits to fishermen, farmers and livestock breeders throughout the movement control order (MCO) and under the National Recovery Plan (NRP).

Minister Datuk Seri Dr Ronald Kiandee said the move was to ensure there is sufficient food supply for the people and those given the approval to travel nationwide, should adhere to the standard operating procedures (SOPs) set to curb the spread of Covid-19.

“The approval issued by MAFI is for those categorised under the informal sector which is different from the travel permit issued by Miti (Ministry of International Trade and Industry) for the agro-food industry sector.

“The informal sector involves fishermen, farmers and breeders and it is important to allow them to travel so that our food supply is not disrupted during the pandemic and movement control,” he told reporters after presenting food basket aid to 100 fishermen at Pasar Nelayan Kampung Pasir Putih here today.

At the event Ronald also announced an allocation of RM450,000 to upgrade the market which has been proposed to be a one-stop agrotourism centre because of its strategic location and potential to be developed for the benefit of the local community.

Later in a statement Ronald said the supply of fish was sufficient and stable to meet the country’s needs, adding that the average monthly fish supply for this year is expected to remain stable at 169,000 tonnes compared to the country’s need of 125,000 tonnes per month.

He said the fishery sector is one of the important sectors allowed to operate subject to compliance with the SOPs set by the National Security Council (MKN) to ensure the continuity of the economic chain and operators involved.

“Any restriction imposed on the fishery sector could threaten food security as well as increase import dependence, this situation will affect the economy of local fishermen and the entire fish supply chain,” he said.

In the meantime, he said fish landings in Sabah for the first six months this year was 107,000 tonnes which was valued at RM643 million. – Bernama

BETONG: Sarawak Education Expo which is held simultaneously throughout the state can prevent students from falling behind in their studies to a higher level. Women,...