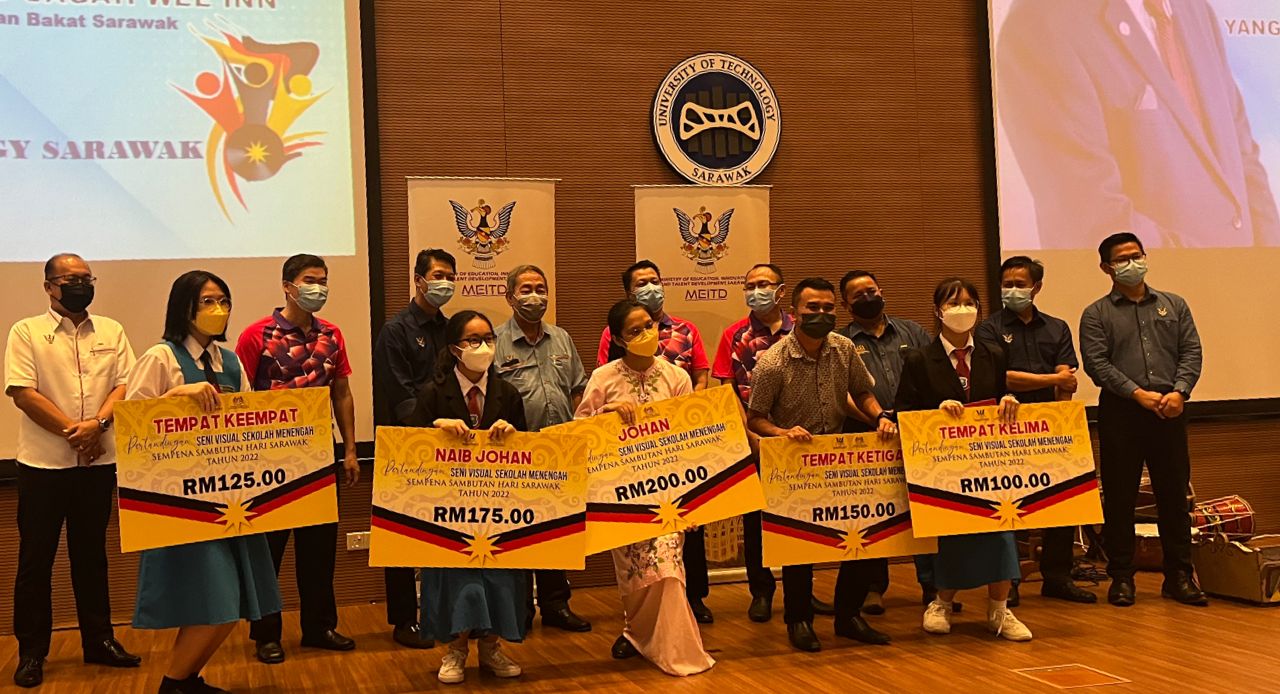 SIBU: The State Ministry of Education, Innovation and Talent Development (MEITD) will be carrying out more student development programmes for pupils in the state.

Its Minister Datuk Roland Sagah Wee Inn said that this will start with carrying out programmes for illiterate students.

“Our next focus will be student centric whereby most of our programme will tailor towards student development.

“Illiterate students are those who are not able to read and write and based on Sarawak State Education Department’s (JPNS) record, the number is about six to eight percent.

“This is serious as no should be left behind,” he said during the prize giving ceremony for students in conjunction with Sarawak Day at UTS here today.

He said that various programmes will be rolled out for students in the near future and the ministry hoped to get the full cooperation from JPNS and the Federal Education Ministry.

At the same time, Sagah said his ministry will come up with a programme which will educate and encourage students to be attracted to Science, Technology, Engineering, and Mathematics (STEM),

“We hope there will be an increase in the number of students enrolling into science classes after their Form 3,” he said.

He added that computational skill is another area that his ministry is emphasising on and this was in line with the Sarawak government agenda on the Digital Economy by 2030.

“This can only be achieved if our community which starts with the school children are exposed to the right foundation in ICT.

“This is another reason that the Sarawak government has provided pupils and schools with Raspberry Pi computers so they can be exposed and start to learn coding and computer programming,” he said.

He acknowledges that some areas in the state still have poor connectivity especially schools located in rural areas, and the government is trying its very best to solve the problem.

“Among others is providing all primary schools with Raspberry Pi computers for ‘internet in the box’ learning,” he said.

In the pipeline, he said MEITD is also working to collaborate with the Raspberry Pi Foundation in Cambridge to establish a research centre in our upcoming Sarawak Science Centre.

Apart from that, Sagah took the opportunity to congratulate his ministry, JPNS and with the assistance from relevant District Education Offices (PPD) for successfully organising and coordinating various competitions amongst the primary schools and the secondary schools throughout Sibu Division.