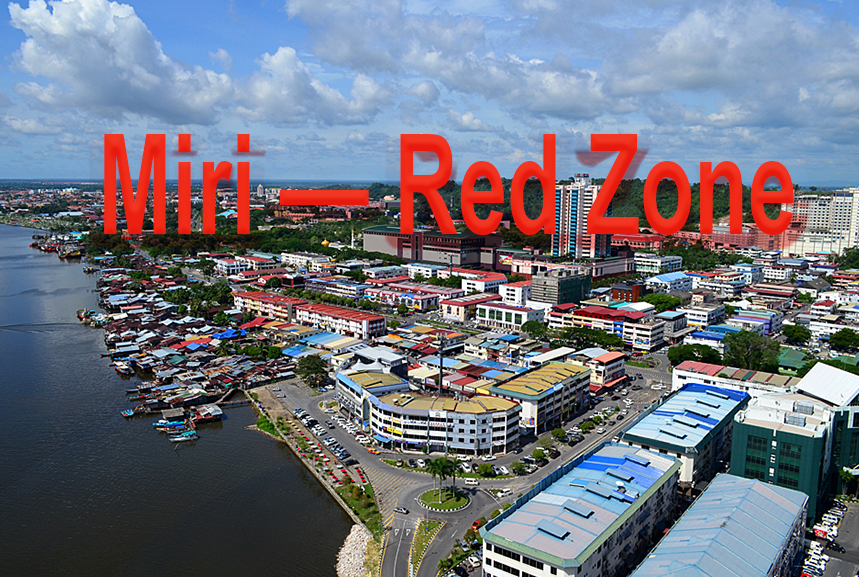 The Miri Divisional Disaster Management Committee (MDDMC, in a statement today disclosed, only Telang Usan district recorded zero cases despite being classified as a yellow zone.

Marudi has been classified as an orange zone with four new  cases.

The Miri DDMC attributed the increase in Covid-19 cases to the negligence of the community in complying with the standard operation procedures (SOPs) set up by the government in preventing the spread of the virus.

The committee said the people should have avoided mass gatherings or social gatherings.

Three new clusters were also recorded in this division.

One is the Belinggai Ulu Niah cluster, detected on August 30. It involves two longhouses, triggered by social interactions and close contacts among the longhouse folks.

Today, a total of 462 individuals have been screened, of which 166 have been detected positive for Covid-19 including the index cases while 296 were negative.

The Maxbi Libai cluster, a community cluster declared on September 2, involves a longhouse.

As of today, of the 266 individuals who were screened,   93 including the index case were positive, 170 were negative, while three were still awaiting their screening test results.

The third new cluster, the Gelasah Oil Palm cluster was a workplace cluster declared on September 3. It involves an oil palm factory and plantation.

Of the 93 individuals who were screened, 29 including the index case were positive, 59 were negative while five are still awaiting screening test results.

All areas involved have already been placed under the enhanced movement control order (Emco).

All Covid-19 positive cases have been admitted to the hospital or Covid-19 Quarantine and Treatment Centre (PKRC) in Miri for the purpose of further treatment, isolation and monitoring.

23 more localities in Sarawak under EMCO

Increase in number of cases