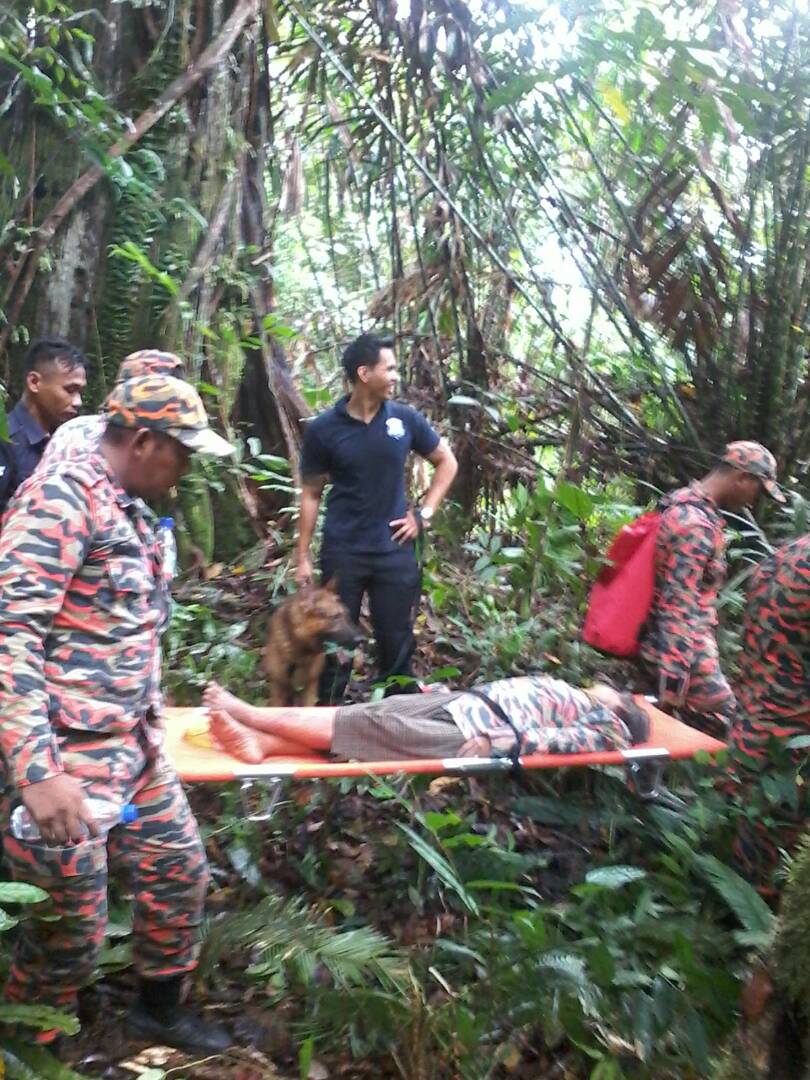 KUCHING: A 69-year-old woman who was reported missing since last Thursday after leaving her longhouse in Rantas Aur Nanga, Tekalit in Tatau, Bintulu was found safe yesterday.

A weak and tired-looking Enkerebu Gamang, 69, from Rh Michael Junus, was found sitting under a tree around 10.45am by a search and rescue (SAR) team some 7km from her longhouse.

According to Fire and Rescue Department (Bomba), the SAR operation was launched last Saturday at 1.00pm after being notified by Tatau district police at 11.50am. However, the search was called off at 4.30pm due to rain and darkness.

The SAR operation resumed at 8.30am yesterday and ended with the discovery of the missing woman, who was later handed over to medical personnel waiting at the longhouse.

Enkerebu who was said to have gone missing in the jungle for the second time went to a nearby jungle on August 10 and had not returned since.

A search was carried out by villagers after her nephew, Bayang Luyang, informed the village chief, Michael Junus that she had gone missing for the past two days.

A person’s missing report was lodged at Tatau District Police Headquarters by the village chief after their efforts to locate Enkerebu had failed.

Among those involved in the SAR operation were local policemen, members of police canine unit, firefighters and villagers.